Playing a real game is the first step for the players toward putting the Justin Hager scandal in the past and beginning to trust their coaches again. 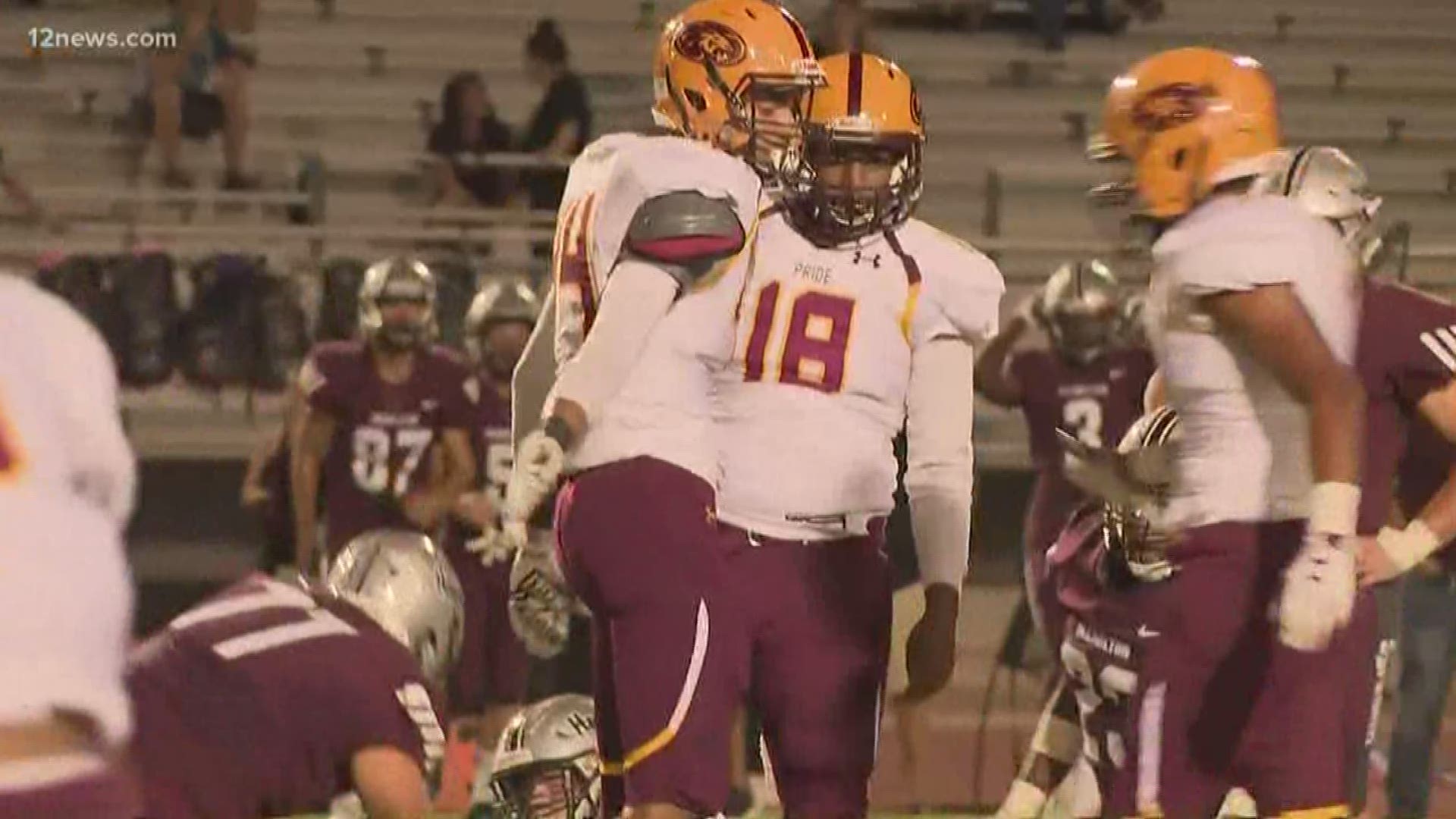 “It feels so good to be back out here, and we had a bye week last week too, so it’s been two weeks since we played football,” Mountain Pointe booster club president Jim Sawitzke said during the first quarter of the game against Hamilton.

Former assistant coach Justin Hager is accused of anonymously emailing strategy and plays to opposing coaches. Hager has yet to reveal his true motivation in what is one of the most bizarre stories in Arizona high school football history.

“The situation itself doesn’t make any sense. Don’t understand why someone would do that, but it’s good to know we are at the tail end of it,” said Mona Canales, the mother of a Pride senior, before the game.

Playing a real game is the first step for the players toward putting this story in the past, and beginning to trust their coaches again.

“Coaches ask them to sacrifice for them—to work hard and trust them—and then when you find out someone has been working against you on your team, it hurts,” Sawitzke said.

RELATED: 'He was a really good coach, I'll give him that,' says former Mountain Pointe girls basketball player about Justin Hager