It doesn't matter if it's football, wresting, track or softball... This coach supports Judson's athletes wherever he can. 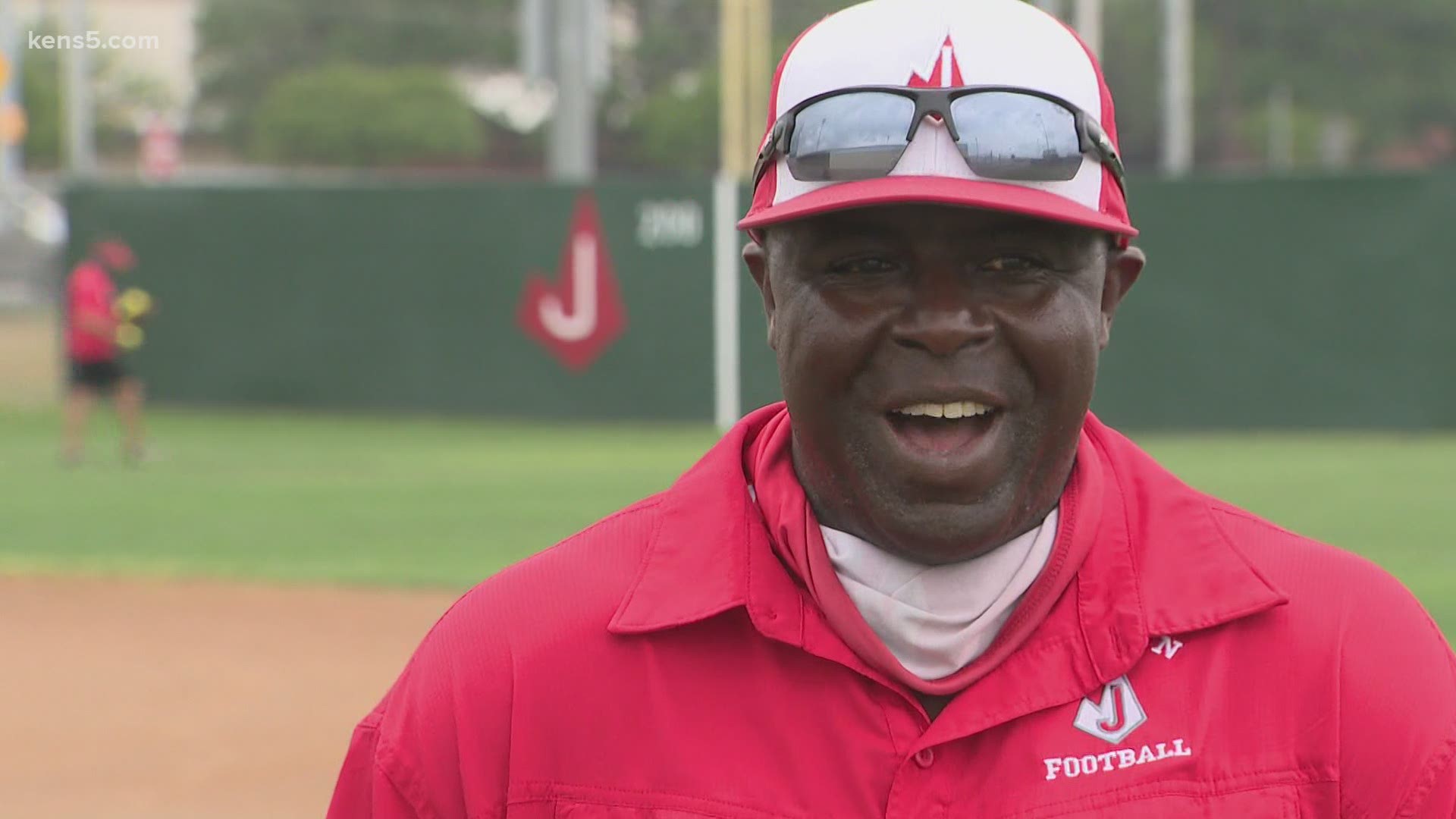 SAN ANTONIO — Rodney Williams didn't play college football, but he's the football head coach for the Judson Rockets. Maybe that's why his coaching hat is much more than just Friday nights! He literally does it all.

"Everywhere!" he said. "Girls basketball, soccer games, wrestling matches and track meets. That's just part of my upbringing. I don't think it will ever get out of me. As long as I'm breathing, I'm gonna be hear for these kids.'

And that's part of the reason why for the last three years that he's been, not watching, but assistant coaching for the girls softball team.

"We knew Keely was coming, and he said I really wanna be part of this," said head coach Theresa Urbanovsky.

Williams added: "It really touches my heart that she allows me to be with my daughter because Keely is my first born."

Coach Williams said he was willing to help, and Urbanovsky said that would be great.

The two coaches grew up not that far apart. Coach Williams in Flatonia and Coach Urbanovsky in La Grange. And then who could have predicted that both wound up attending Saint Mary's University, Williams with the baseball team and Urbanovsky with the softball program.

"Somehow I came to Judson and she was here, and then my daughter comes," Williams said. "Out of nowhere he shows up in the hallway one day, and I said, oh gosh, you're here," said Urbanovsky. "It was a perfect reunion."

"He is cool with whatever. He gets to have fun. I get to have fun both with the boys and the girls," she said.

"We're all like a big family. We love when he gets hyped, and he hypes us up all the time," added third baseman Destiny Rodriguez.

"It's just something that is the ultimate," Urbanovsky said.

"It's just a been part of my life," Williams said. "Once I had a daughter I was like, okay, I already know baseball so I had to teach myself softball. It's just a more beautiful game in my opinion."