The Roadrunners bring in Jalen Rainey, Kamron Scott and Caden Holt from the 210. 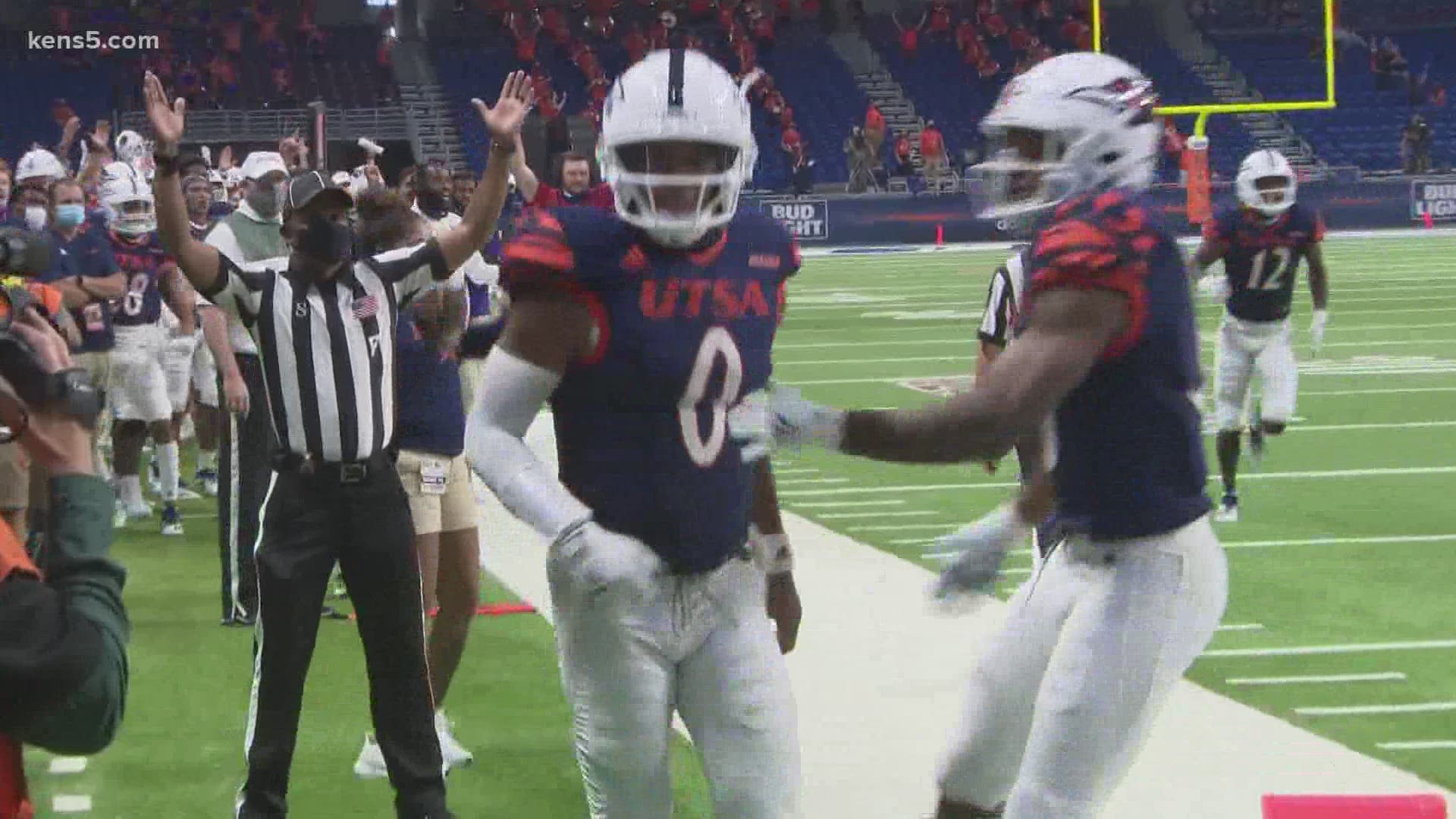 SAN ANTONIO — The 2020 recruiting cycle has been unlike any other in the history of the sport.

While the circumstances were less than ideal, the strategy remained the same for Traylor.

“We just can’t miss on our own kids," he said. "If they go off somewhere else and play? I’m OK with that. They need to know we offered them, recruited them and tried to get them in here.”

“I’d say they’ve talked to me like every day since February, a little before then, so it’s a relief (to sign today)," defensive back Rainey said.

Offensive lineman Scott added, “It’s kind of special. I came a long way finally signing with UTSA. I get to play with my brothers again so I’m excited.”

“UTSA saw my true talent and they gave me a chance," said Holt, a linebacker. "I respected that and I gave them my loyalty.”

With the team heading to a bowl game this season – we think, we hope – these guys are ready to help UTSA continue its upward trajectory.

“I want to help make it a Power 5 school," Scott said. "Get more and more recruits to come here and see it’s an awesome place to be.”

Rainey said, “I think Rashad (Wisdom), Sincere (McCormick) and Frank Harris have done a great job staying and building the program. Coach Traylor is doing a great job getting kids to stay in the city and keep the talent home.”

Holt said, “Going there with Coach Traylor in his second year coaching is really an honor because he’s turning that program around. He’s doing San Antonio a big favor.”

The signing class isn’t finished yet. There are still some scholarships available.

“We feel really good," Traylor said, "and before this is done there are going to be more San Antonio kids on the 2021 team.”

UTSA head coach Jeff Traylor announced his early signing class on Wednesday. Read all about the newest Roadrunners at the link👇