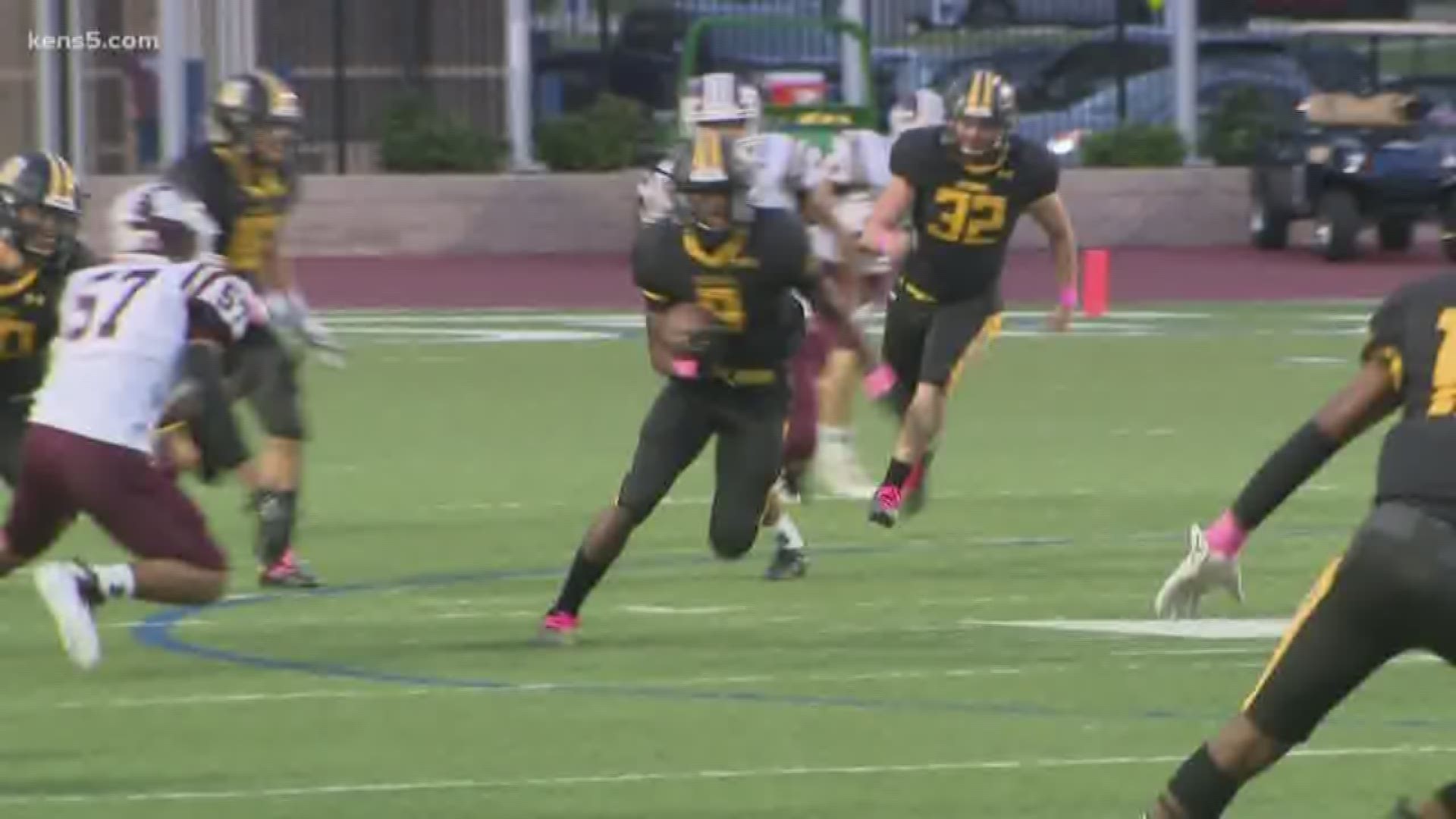 There was plenty of action on this Thursday night of the high school football season. In all, five games worth watching.

Leading off, the Brennan Bears improved to 4-1 in district play with a dominant 51-0 win over the Marshall Rams, who fell to 1-4 in district on the season.

Meanwhile, the Judson Rockets stayed perfect on the season, beating the New Braunfels Unicorns 37-11. The Unicorns fell to 1-2 in district.

The Holmes Huskies put up a fight on Thursday night trying to get their first win of the season but it was the Taft Raiders that prevailed 30-14. The Raiders improve to 2-3 in district this year.

The Sam Houston Hurricanes got a big win to improve their district record to 3-1. They beat the Brackenridge Eagles 41-34. The Eagles fall to 2-3 in district on the season.

Finally, the Medina Valley Panthers are still undefeated in district after beating the John F. Kennedy Rockets 42-7. The Rockets are still winless on the season.