The coronavirus pandemic has delayed the start for schools in 6A and 5A, but schools in 4A and below are sticking to the normal schedule. 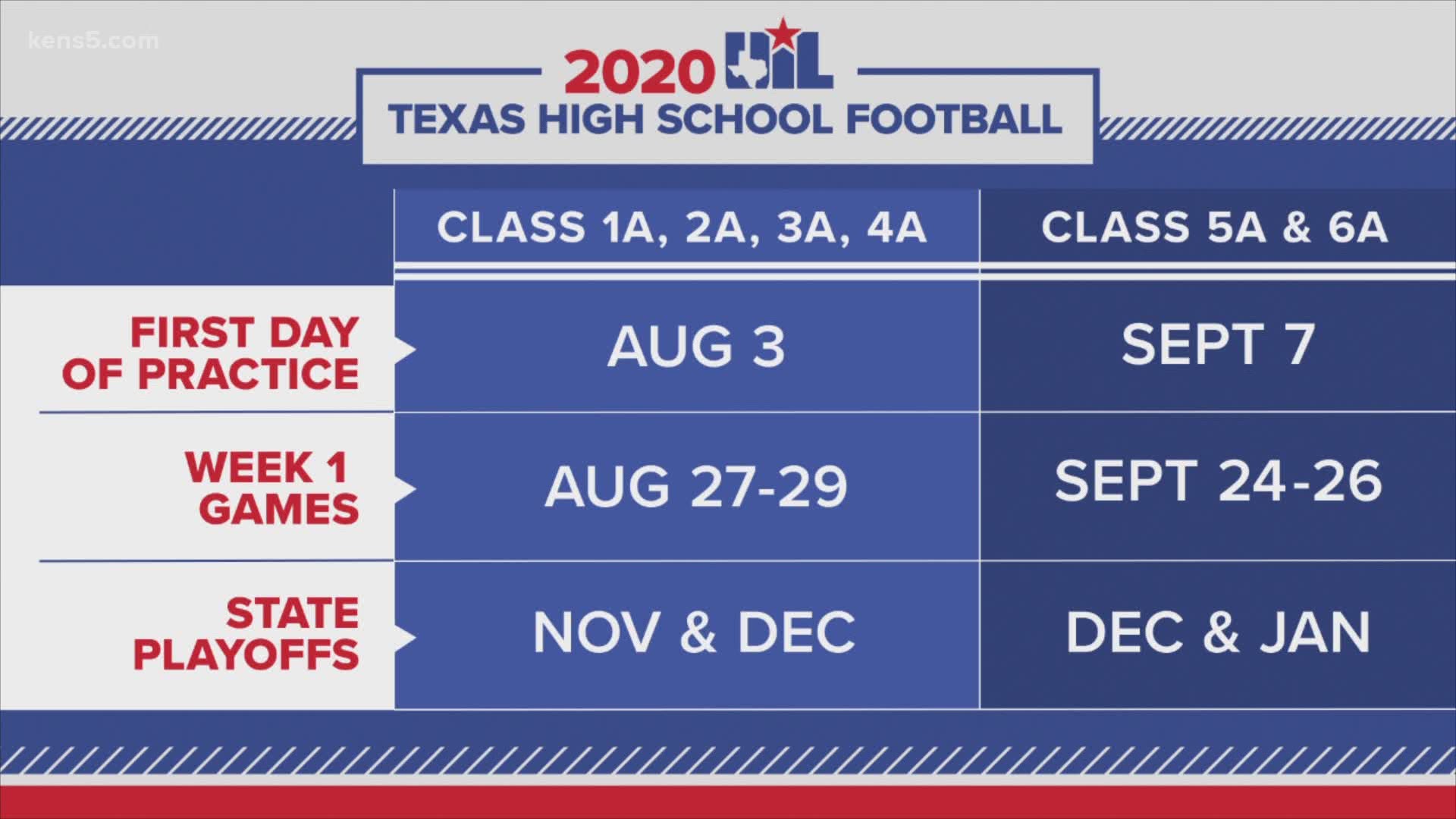 Texas high school football is set to kick off in the San Antonio and South Texas area this weekend, but not on as many fields as usual.

The University Interscholastic League has delayed all 6A and 5A football games until late September, but schools in Class 4A and below are moving ahead as usual, albeit with modified schedules.

That's because some schools lost scheduled early season non-district games against 6A and 5A opponents and have scrambled to reschedule against each other instead.

When games get started this Thursday, Friday and Saturday, here are the anticipated opponents for area schools: