High school football preview: Who are the teams to beat in San Antonio?

Area powers like Judson, Steele and O'Connor lead the pack in the 6A classification, while the local 5A teams are trying to catch Wagner. 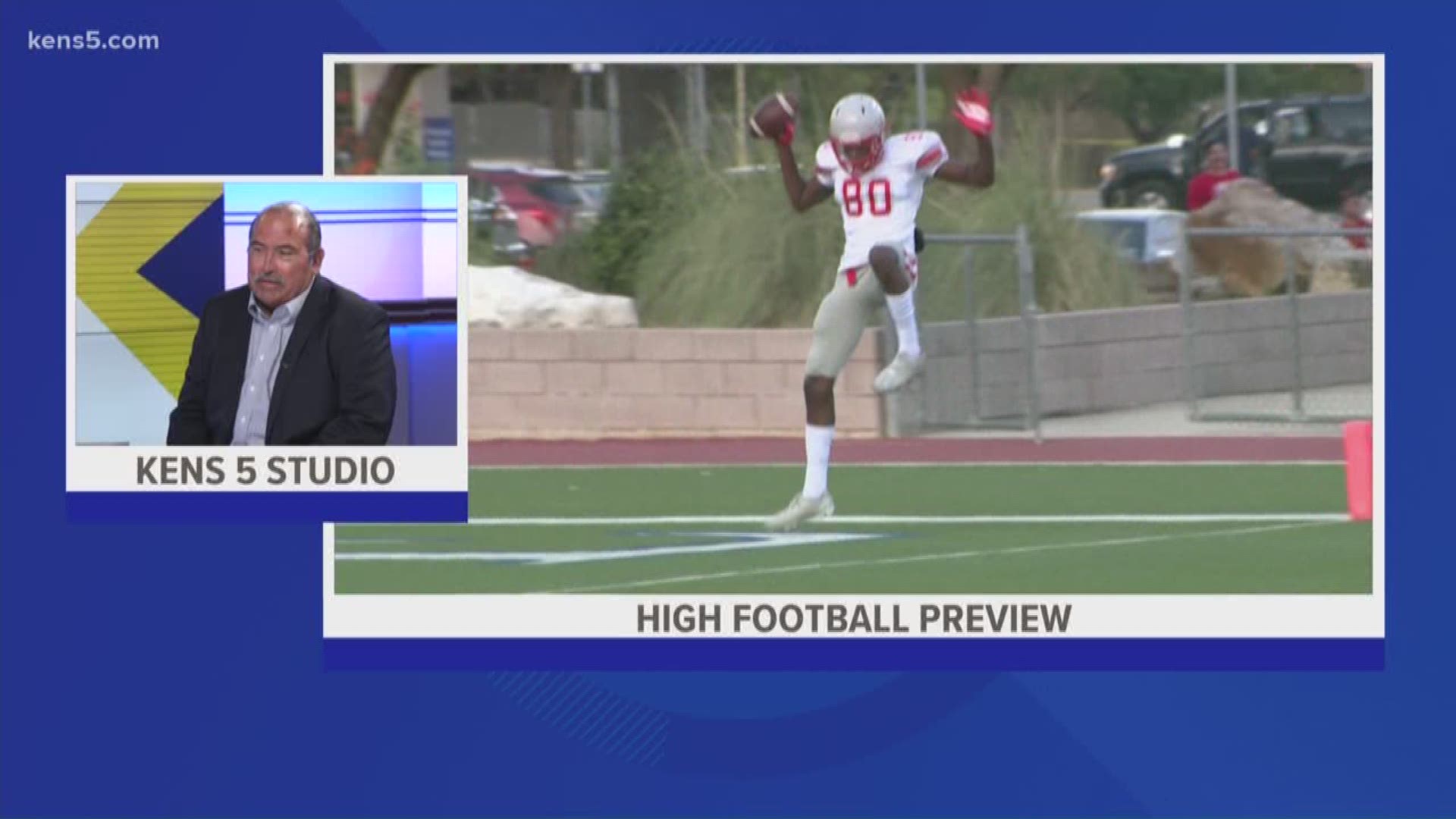 SAN ANTONIO — With the opening kickoff of the 2019 high school football season set for Thursday, August 29, KENS 5 has you covered! As always, look for highlights every Thursday, Friday and Saturday night on the 10 p.m. news.

Keep an eye on KENS5.com and our social media channels throughout the week, as we roll out previews and rankings, keeping you up to date as the weather turns cold and teams make a push for the playoffs.

While dreams of playing in the Alamodome in November and December may seem far away for some, it's practically an expectation for some programs in the San Antonio area.

In the UIL's largest classification, Judson and Steele lead District 26-6A, which could be the toughest from top to bottom. In District 27-6A, Reagan is trying to get back on top, but will face challenges from Johnson, Madison and others. Meanwhile, 28-6A is made up of teams from San Antonio's largest district, Northside ISD. The O'Connor Panthers haven't lost a district game in a couple years, but it was Brandeis representing the district deep in the playoffs last year. To start the year, our top five includes Judson, Brandeis, Steele, O'Connor and Reagan in that order. How do we see those district races shaking out? Pick a district to read more.

There will be plenty of excellent football outside of the largest classification in San Antonio. Just look at the Wagner Thunderbirds, who won the region in 2018 and will be looking to get to the state championship in 2019. There's also Kerrville Tivy, which has made the playoffs in 22 consecutive seasons. We even have coverage of San Antonio's largest private schools, which play in TAPPS. Select your district below for more on the top players and our projections for the 2019 season.

If you prefer your preview in video form, we've got that, too! KENS5.com sports writer David Flores and digital producer Cameron Songer take you through it all here: