With just two weeks left in the regular season, there are still plenty of district races and playoff spots 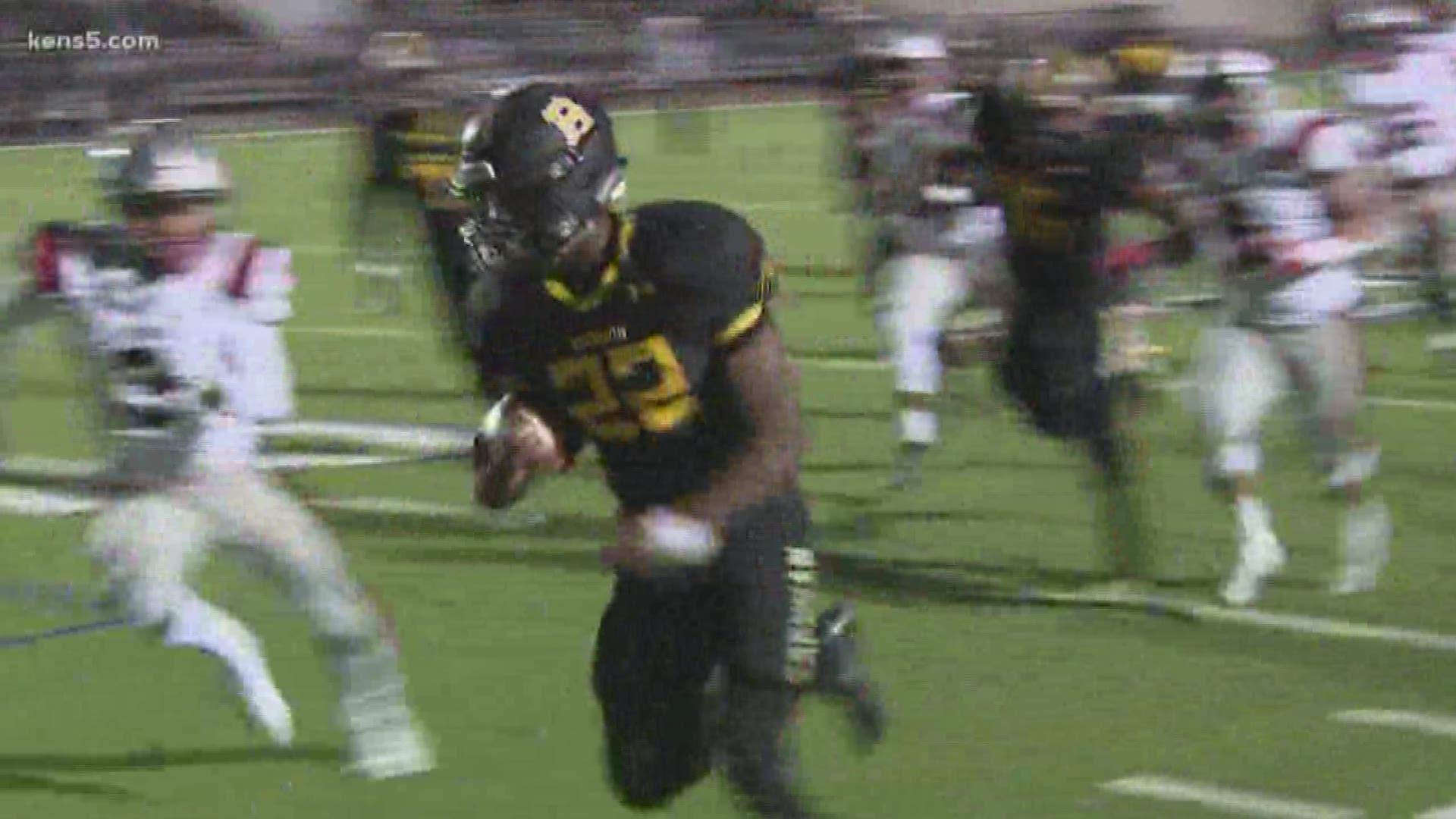 While Judson and Brandeis move closer to undefeated seasons, a few other teams notched impressive wins, including Clemens, Churchill and Southside. We recap all the big games from the last weekend in October, including a district battle between Steele and Smithson Valley, as well as an overtime thriller between Johnson and Roosevelt in North East ISD.

The weather affected the gridiron action this week, with several games delayed due to Thursday storms and cold, windy weather lingering for Friday night. We talk about the playoff scenarios for each major district in San Antonio high school football as we focus our attention on the last two weeks of the season.

The slate of games for Week 10 features interesting match-ups around the region. We preview Wagner-Veterans Memorial, Brennan-O’Connor and New Braunfels-Clemens, to name a few.

KENS5.com producer Cameron Songer and sportswriter David Flores break down all the high school football action from the ninth week of games of 2019 in the San Antonio area. You can listen below, or find us on your favorite podcast app.