The UIL is rewarding all remaining boys basketball teams after the cancellation of the 2020 state tournament in San Antonio. 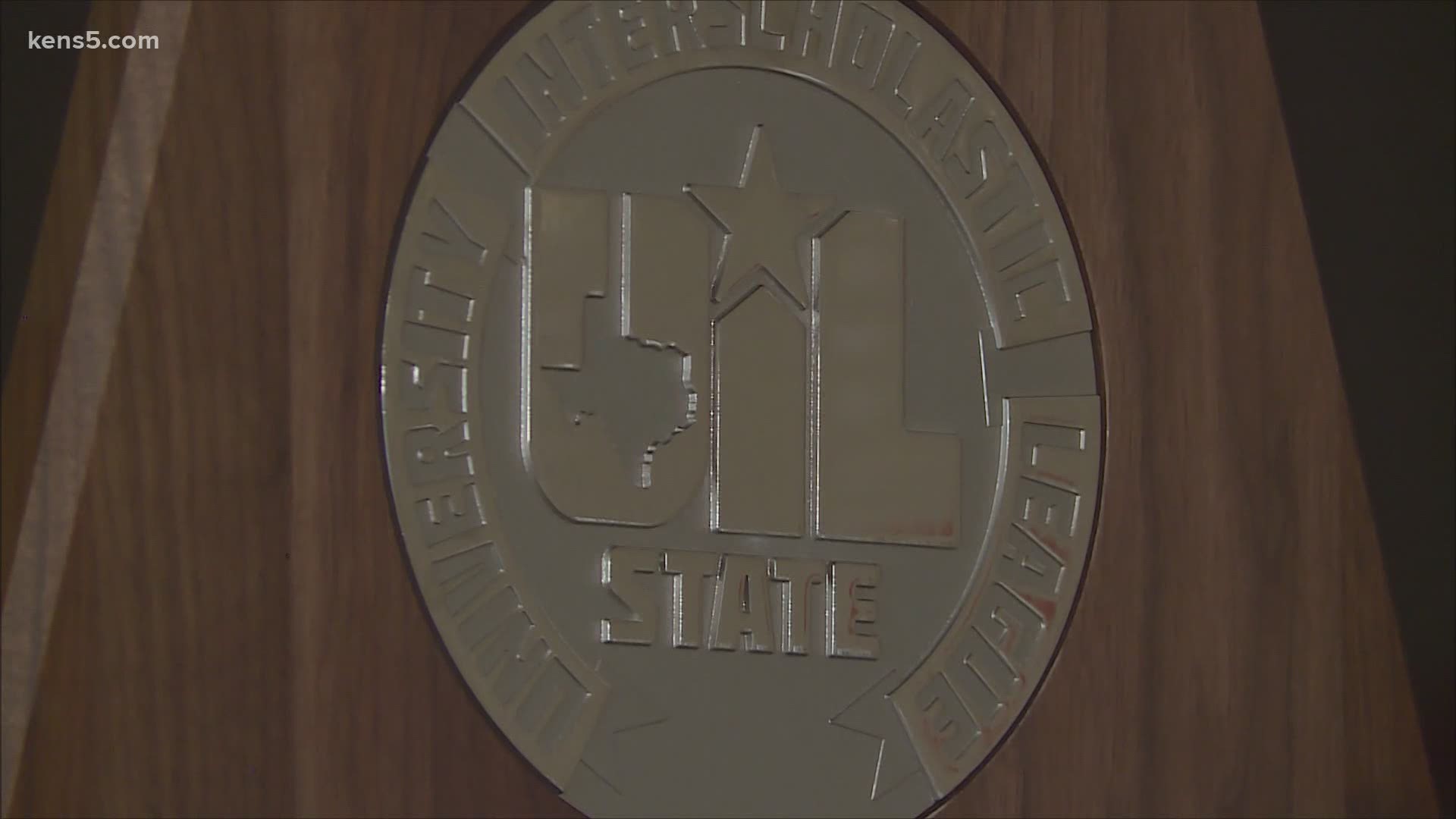 SAN ANTONIO — When UIL Executive Director Dr. Charles Breithaupt was part of the conversations to suspend the 2020 state basketball tournament, he never thought that was the end of the athletics season.

"When we left the state tournament on March 12, we said we were going to be back in two weeks and finish the tournament. How naive were we? We never dreamed it would get this far, we wouldn't be able to play or be back at school."

According to Breithaupt, the UIL booked the Alamodome from April 10-14 to finish the tournament, but obviously that was never possible.

As a result and almost three months to the day of suspension, the UIL decided to hand out trophies and medals to all the remaining schools holding virtual ceremonies to honor these teams.

Only a handful of squads were able to play in the state tournament and the Cole Cougars were won of them. On one hand, it is a tough pill to swallow knowing the group was just one win away from winning it all, but on the other, they were at least able to get a taste of the experience.

"Finding out we weren't going to play really hurt us. It took a real big toll on us, but we're ready to come back and work ten times harder to get back to where we were,” rising junior Silas Livingston said.

For the first time since 1989, the one featuring Shaq, Cole advanced to the state finals. That is a notable accomplishment to take away.

The team finished the year 33-6 and are only losing three seniors in the process.

It hurt not to play in that title game, but there is a good attitude and confidence moving forward. 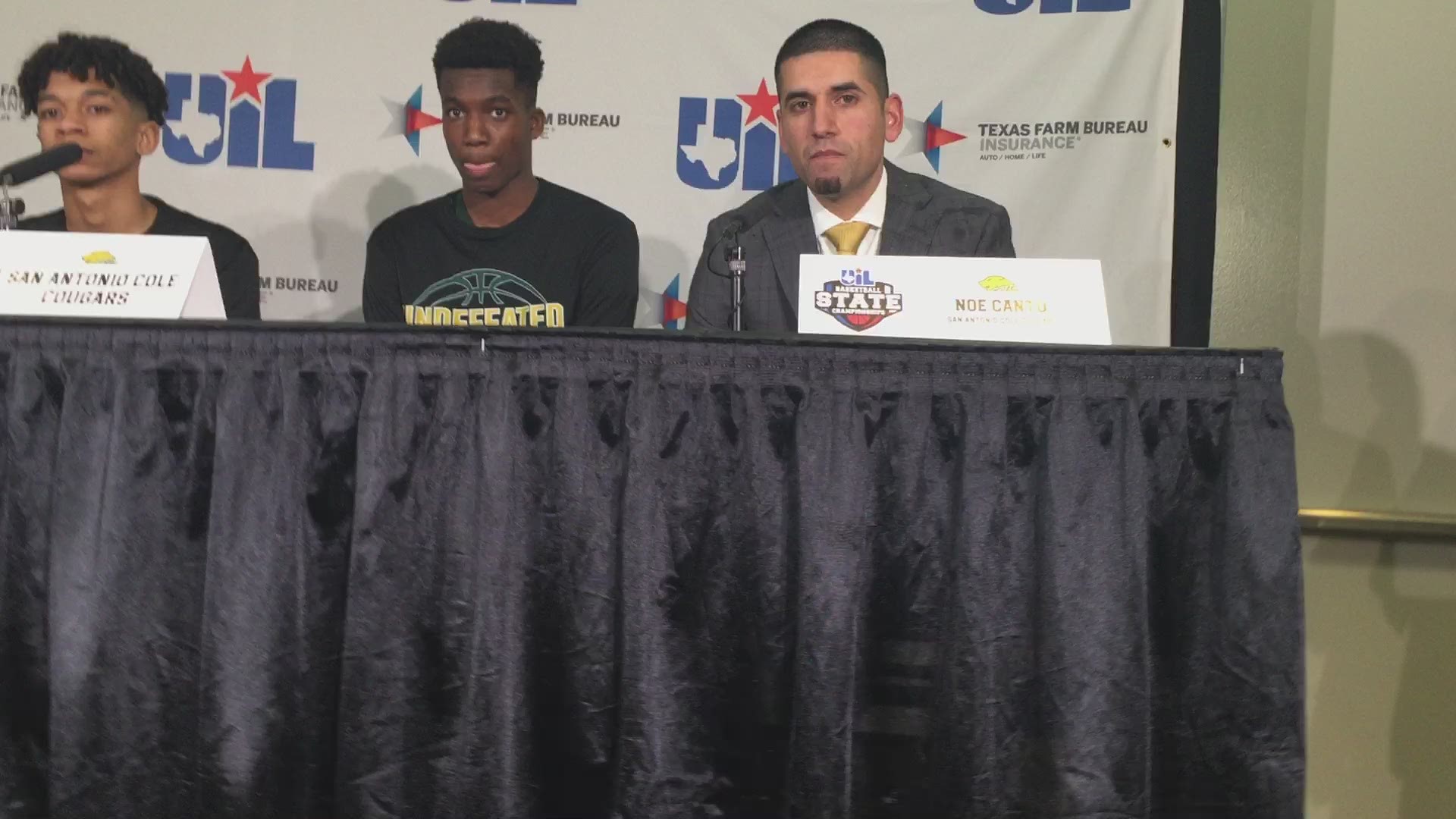 "We're going to come back strong and we're going to get better individually,” rising junior Trey Blackmore said. “That will contribute to getting better as a team and we'll be able to go with anybody.

Head coach Noe Cantu said, "We played with four sophomores on the court, pretty much, the majority of the game. We're extremely young and the opportunity is there to get back next year.

For Wagner High School, it is a bit of a different story. The T-Birds are losing 12 seniors from its 35-5 team.

The program has made the state tournament three out of the last four years and those kids were itching to bring home the program’s first title.

Head coach Rodney Clark was a bit emotional during the virtual ceremony. He knows how hard his kids worked and as a coach, he just wanted this group to go out on their terms.

"I appreciate these kids more than they'll ever know,” Clark said holding back tears. “After stuff like this, they know I get on you because I care. I wish those seniors the best luck and we'll try and do it again next year."

As the trophy and medals come in and the students shuffle out , this marks the end of a significant chapter in Wagner’s basketball history.

"Today is the day I got my gold medal, so this is a great moment,” senior Journee Phillips said. “Just a lot of blood, sweat and tears. A lot of crazy battles in the gym. It paid off to see this gold medal around my neck.”

Rising senior JaSean Jackson said, "It's kinda frustrating and disappointing, but I just look back and I appreciate the journey we had. The camaraderie that we all had.”

Brandeis will get honored in a similar fashion, Thursday afternoon.

RELATED: 'I feel badly for our players': Suspension of UIL boys basketball tourney leaves some teams in limbo