After starting the season 0-4, the Steele Knights will play in the Alamodome Friday night in search of its first-ever state tournament victory. 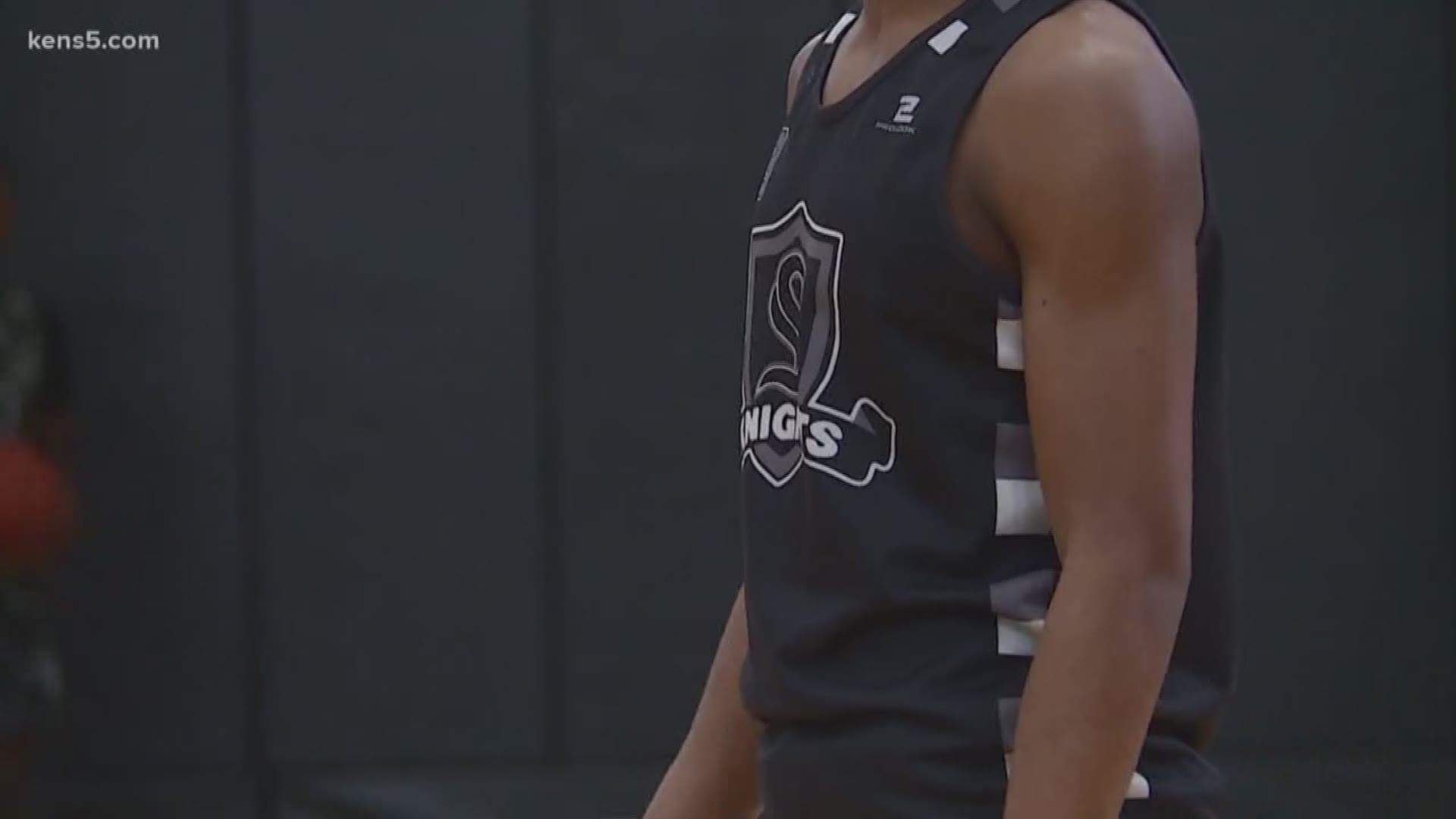 SAN ANTONIO — Steele's third regional championship is not a story about perfection, but patience.

"We're going to play hard. Yes, we're going to make mistakes, but playing as hard as we do you can overcome those mistakes," head coach Lonny Hubbard said.

This Knights team faced adversity immediately to begin the season.

Senior guard Christian Obannon said, "The four losses really helped us because it showed us what we need to do and work on."

"It made us realize what it's like to lose, and we never wanted to feel that, so we picked it up," sophomore guard Langston Love said.

Love also needed some time to get going--but not too much time. He's already fielding offers from Power 5 schools, which makes sense after averaging 23 points in 2018-2019.

"I heard someone say he's a 'super sophomore' and he is. He's that good and he's a special kid," Hubbard said.

Love added, "(This season) just helped me get my confidence up for this big stage I'm about to play on."

Steele will play in its third-ever state tournament and the program is still looking for its first win at the Final Four.

"This time, it's one of those deals where you want to kick that door in, finally," Hubbard said.

Love said, "We feel we have a great chance to win it. It would mean a lot for our school and program."

This team, as well as the school, is ready to turn patience into state prominence.

"We started getting doubted and no one thought we'd make it this far, so if we win the whole thing, we prove everybody wrong. We can do anything we put our mind to," Obannon said.