'It was special': Looking back at East Central basketball's perfect season, 25 years later

A quarter of a century after the Hornets terrified teams en route to a state title, we caught up with the players to discuss the season in their own words. 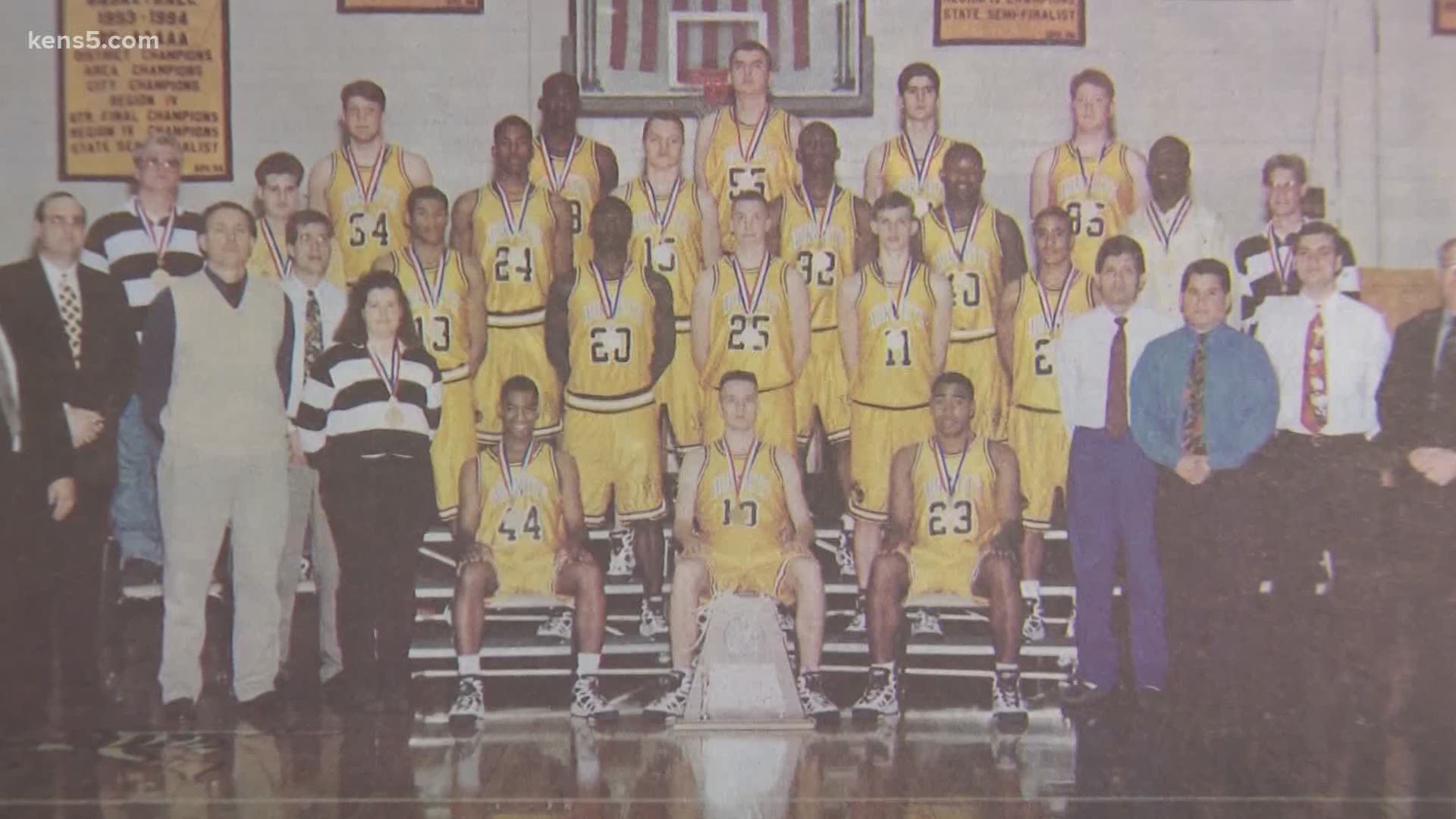 SAN ANTONIO — The 1995 East Central Hornets boys basketball team was unlike any other in the state’s history.

They weren’t from Dallas or Houston, or even from San Antonio proper. The school situated near China Grove, east of San Antonio, would rewrite the records on their way to the state championship 25 years ago. They weren’t gifted in size, nor did they have the most amazing athleticism. But playing the Stan Bonewitz system was more than most teams could ever handle.

In fact, fans of opponents during that magical season would cheer their own team on the rare occasion they held the Hornets to under 100 points.

"There’s an old saying that you can’t live in the past, but sometimes it’s a nice place to visit," said retired coach Stan Bonewitz Sr.

"Everywhere I go, people talk about it. It is always to fun to reminisce," former guard Stacy Dudley said.

"I remember a time that my wife and I were out eating at a restaurant, and the server comes up to us and asks for my autograph," former guard Chaz Jackson added.

It was a high school basketball season the likes of which San Antonio, or the entire state, had ever seen.

"We knew that we were going to be better at what we were doing than our opponent," said former guard Stan Bonewitz Jr.

"The beauty of it was is that was all we knew. We averaged around 108 (points per game), which, if you can compare to the college game, that is like 140 points," Stan Bonewitz Jr. said. "Which is crazy."

The Hornets went an undefeated 35-0 en route to being immortalized as Class 5A State Champions. And as much as the story is about how they got there, it’s more about how they did it.

"We felt like the defensive pressure was gonna be the key," Bonewitz Sr. said

"Run-and-gun and play defense up and down the sideline, nonstop," Jackson added.

The Hornets were constantly reaching triple-digits in points that looking back on individual game results a quarter of a century later boggles the mind, even the minds of those who were pouring in the buckets.

"We made some shots," Bonewitz Jr. said, laughing.

Their style of play was to get up and down the court, turning defense into offense. Setting up an offensive set at the half-court was not something they did. Game conditioning was also key for East Central, and that all started at practice.

According to Dudley, the condition game through practicing the pressing and running.

It's a fair question to ask: Are the ’95 Hornets the greatest boys' team in Texas...ever?

"Until someone proves they can do it like we did it, we’ve got to be in the conversation," the player say, 25 years after their one-of-a-kind championship run. "I think we’re in the dialogue. I think we have to be. Our style of play matches up with any team out there these days."

"When people talk about East Central, they talk about 1995," Bonewitez Jr. added.