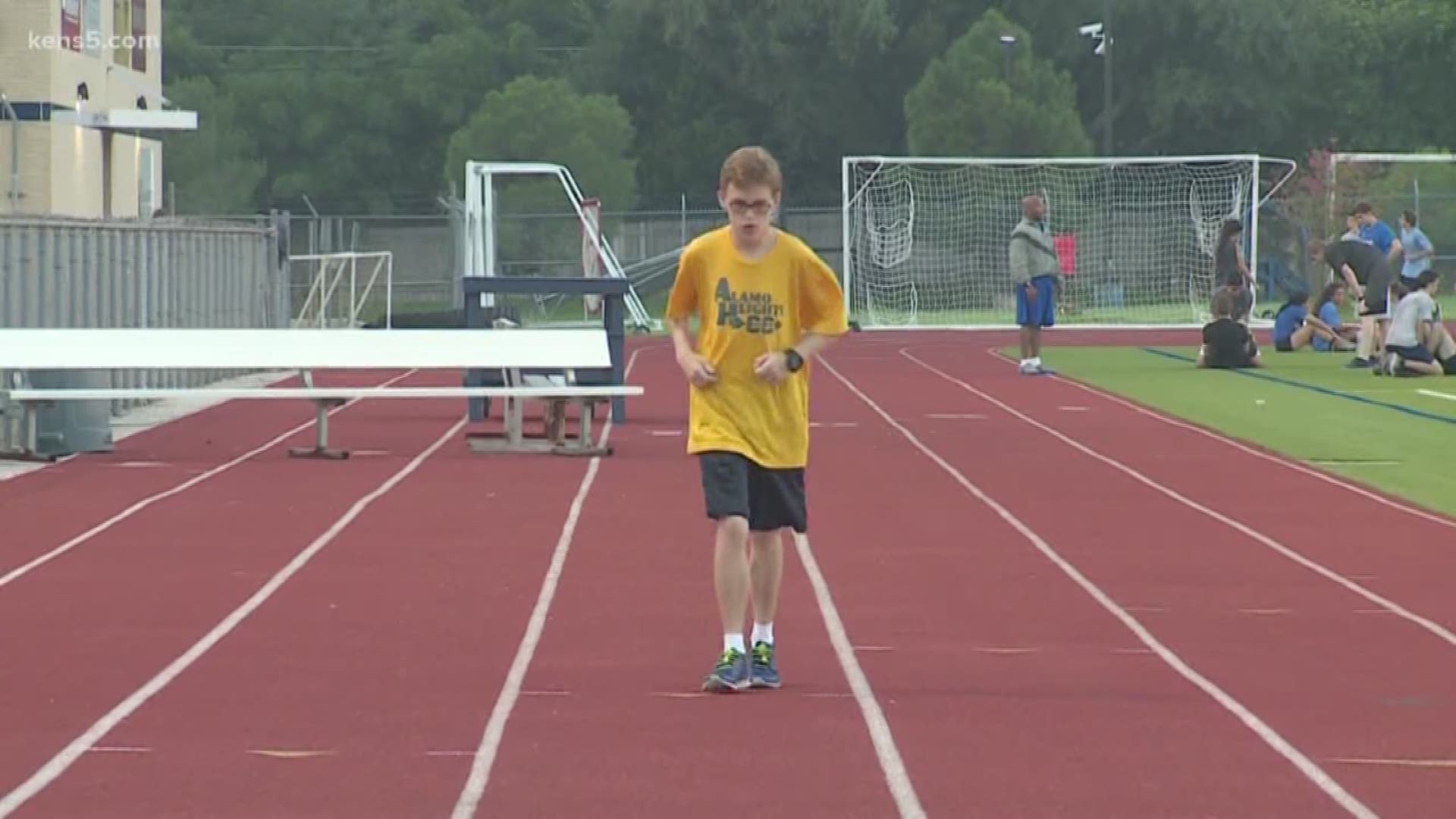 The Mules cross country team is young, with only one senior this season. But on this team, it’s not entirely about race strategy or finishing time. Sometimes it’s about character, about what’s in the heart.

Meet James Veeder. The junior cross country runner just may be the most popular athlete on the team. And not because he wins, because he never does.

"This all started my freshman year. I love running, running is a good sport, running keeps you healthy, and it’s a good team to have," said James.

Medical science has name for the five percent of people with the intellectual and physical setbacks like James, but that doesn’t stop him from making everybody else better.

"I tell people all the time to finish strong, and he’s doing that," said senior runner McKenzie Sharp. "Honestly, he’s the best. He just always has this energy. He’s always with it."

"I didn’t have to do anything, the kids gravitated toward James, and they just kind of figured it out," said head coach Brian Ricketts.

James usually finishes in last, and that’s when something amazing happens. After other team members finish their race, they go back on course and help James finish his.

And there may be nothing more beautiful than that.