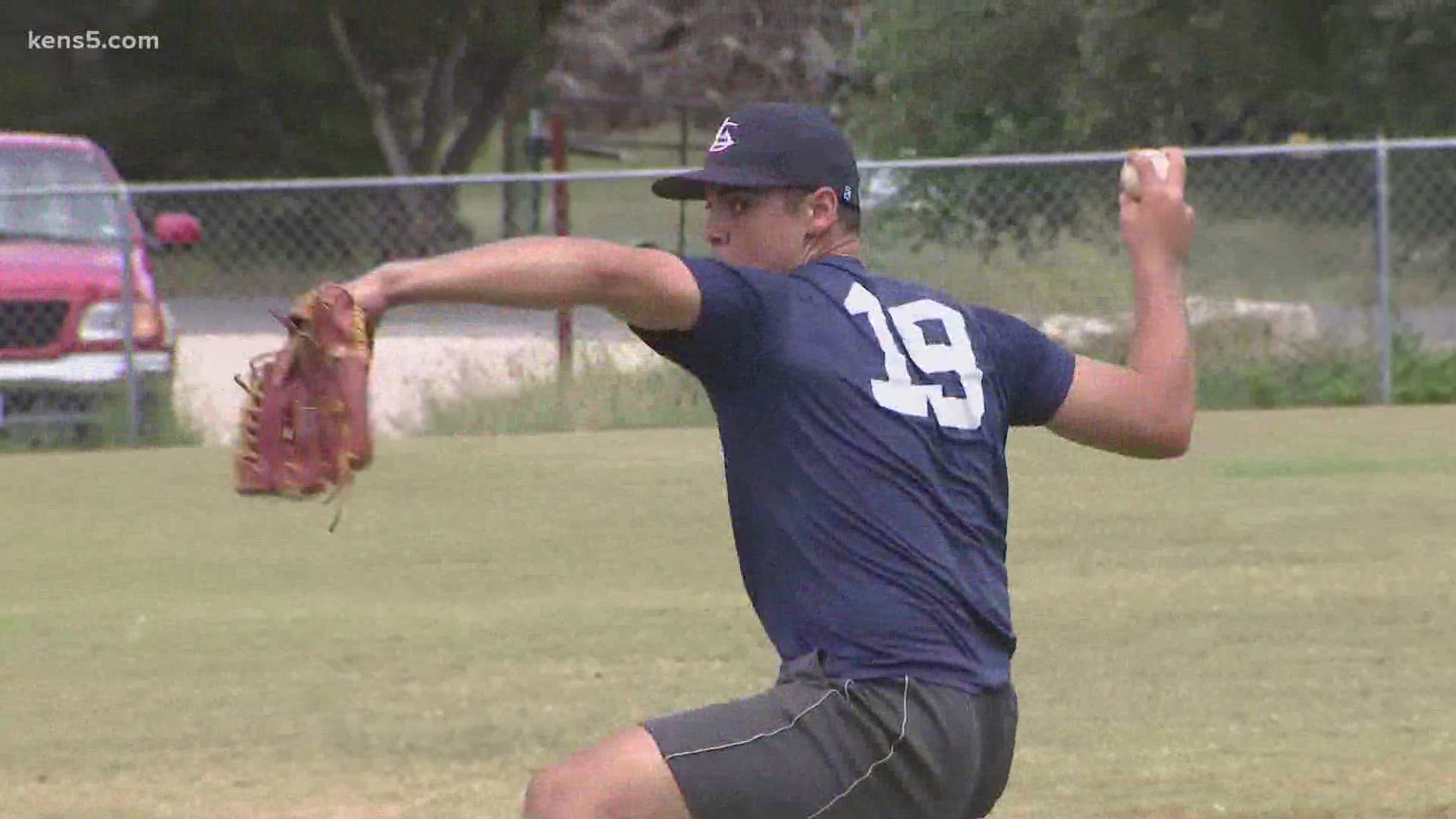 "I didn't know how many teams around the world were going for (the Little League World Series) and once I found that out I was like 'wow, that's crazy.'"

Tim learned during that magical run to Williamsport how much effort it takes to achieve big goals. That team practiced every single day leading up to the tournament.

"You know, a lot of people work really hard at this, so you have to outwork them," Arguello said.

It is an unshakable mindset he still has to this day.

"When the (pandemic) happened, he dedicated himself for three straight months and all of the sudden he's hitting 91, 92, 93 MPH," pitching coach Colter Bostick said. "He's getting schools calling and pulls the trigger on Wichita State."

Bostick has watched more than 70 of his kids commit to schools to play collegiate baseball and Tim's rise is one of the quickest.

From throwing fastballs in the mid-80's during the winter, to low 90's in the summer, the soon-to-be Smithson Valley junior (recently transferred from San Antonio Christian) saw recruitment sneak up fast, just like his heater.

"It was crazy for a few months because everything just came so hard and so quick, but Wichita State, I think they can really develop me and if I really wanted to, make it to (Major League Baseball)," Arguello said.

Playing in the MLB is a dream of his and obviously only so many ballplayers get that opportunity, but he has been on the right side of slim odds before.

His commitment to Wichita State is great, but he knows he still has a lot more to do.

"It definitely gets a little weight off my shoulders and it feels good, but I gotta keep working and keep getting better," Arguello said.

RELATED: Baseball is back! MLB says players will report to camps July 1