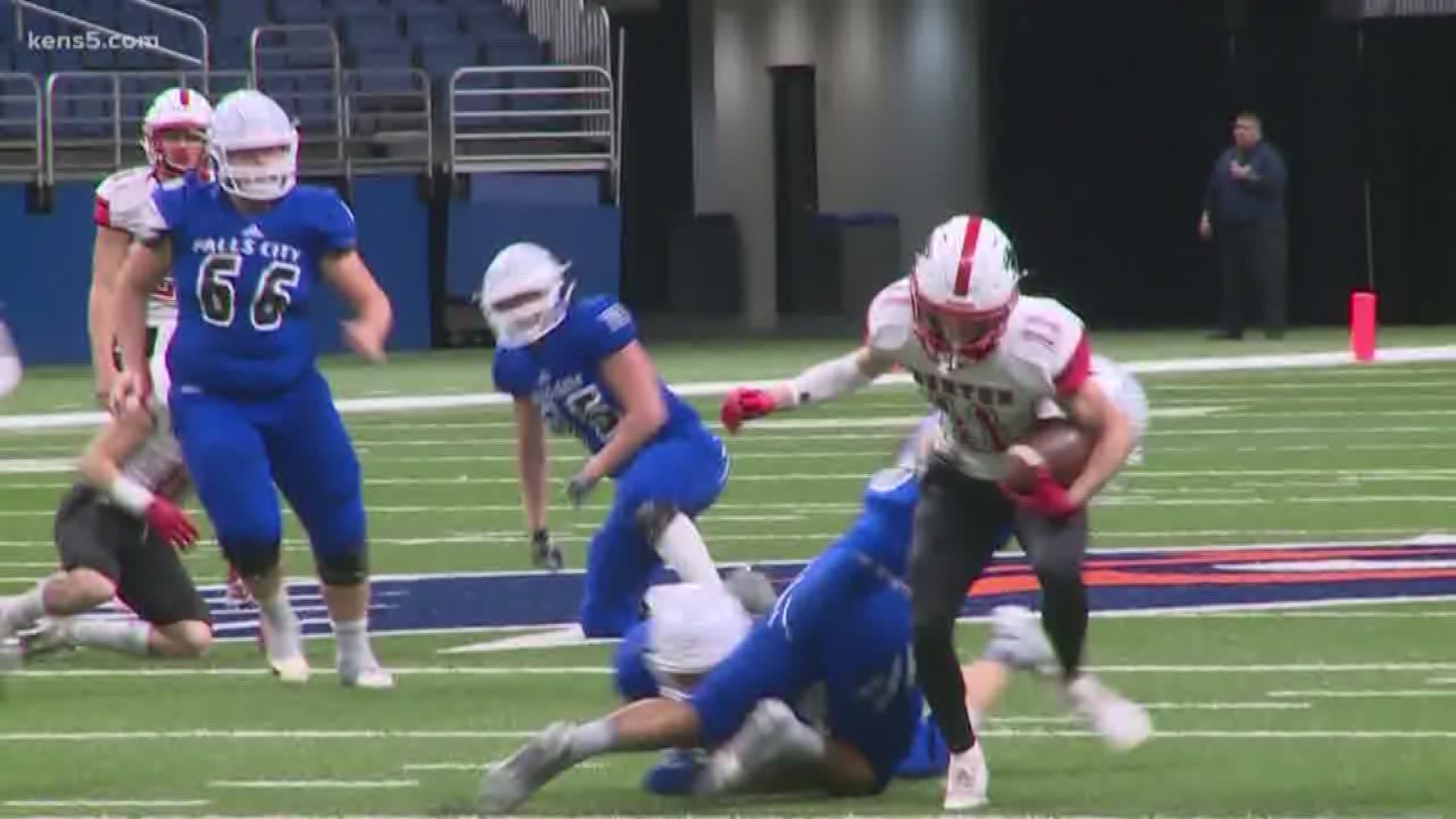 SAN ANTONIO — The next round of the high school football playoffs kicked off Thursday night at the Alamodome, where matchup between the Burton Panthers and the Falls City Beavers came down to the wire.

The Beavers had not beaten Burton in the last two years but were hoping to change their fortunes in the playoff quarterfinals.

The Beavers hit back on a 1-yard plunge from running back Cory Dzuik, and a gutsy two-point conversion call put Falls City in the lead 8-7.

The back-and-forth continued throughout the close game, setting up a wild finish. Burton had a chance to take the lead as they lined up for a 27-yard field goal attempt with just seconds left on the clock.

Right before the Panthers snapped the ball, Falls City took a timeout - and in the nick of time too, because Burton's kicker nailed the field goal. However, the kick would have to be attempted one more time.

This time, however, the Panthers kicker missed the game-winning field goal as time expired, and Falls City held on to win 30-28