Guadiano has plans to study aerospace engineering, but his immediate focus is calling the plays on both sides of the ball for the Mustangs. 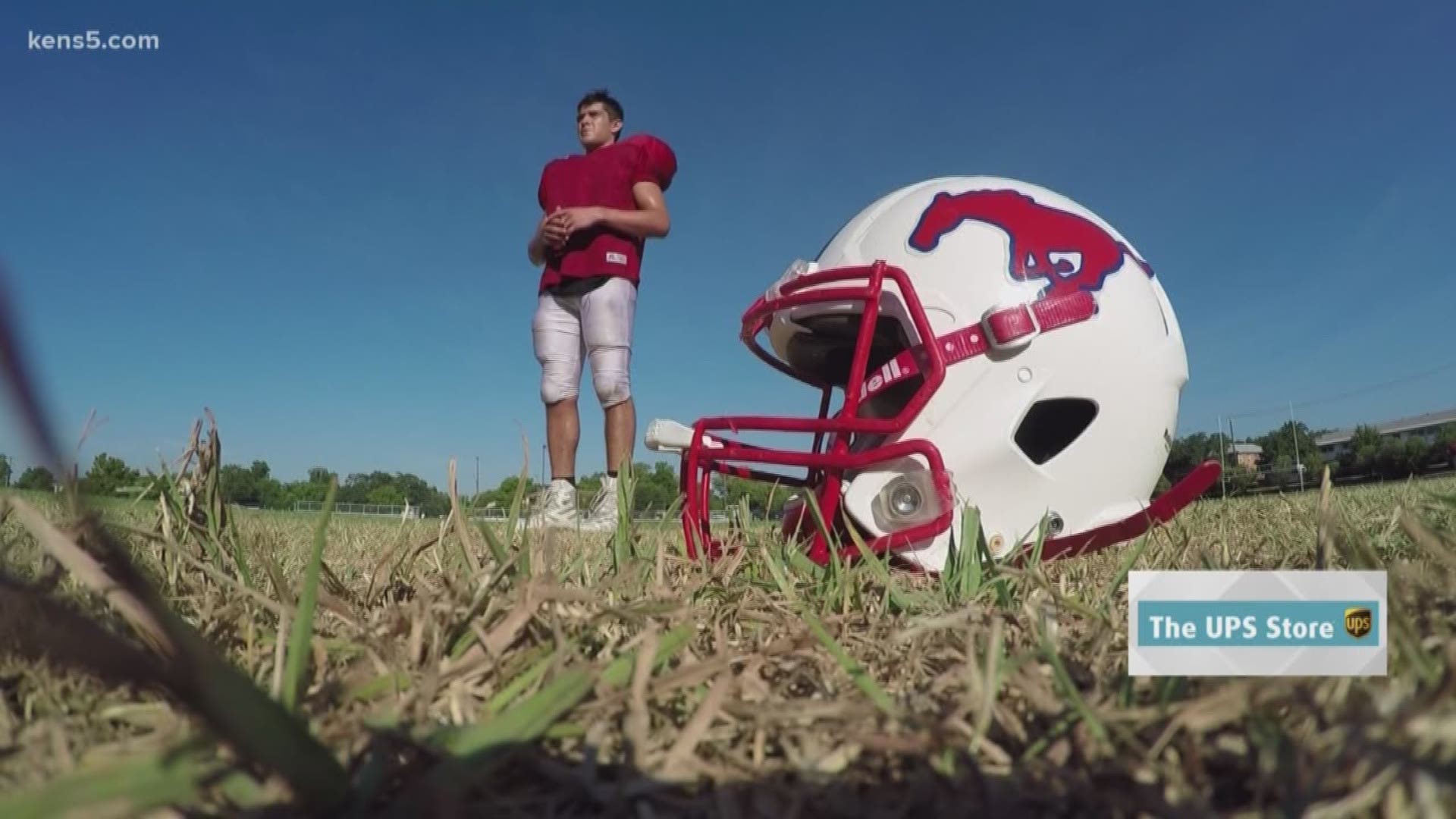 SAN ANTONIO — Doctor, lawyer, corporate executive, president of the U.S.? According to the teammates of Mustangs quarterback and linebacker Abraham Guadiano, he could be all of them in the future.

"I plan to graduate, go to college and study aerospace engineering. That's a big dream of mine," Guadiano said.

First things first: He's got his junior and senior years to go at Jefferson High School, where he calls the plays on both sides of the ball for the Mustangs.

RELATED: What makes Friday nights in the fall so special in Texas?

"He's one of those kids that he's going to work hard," Jefferson head coach Edward Cardenas said. "His vision right now is way beyond his age. That's difficult, showing you can do that and play quarterback on the varsity football team is pretty impressive."