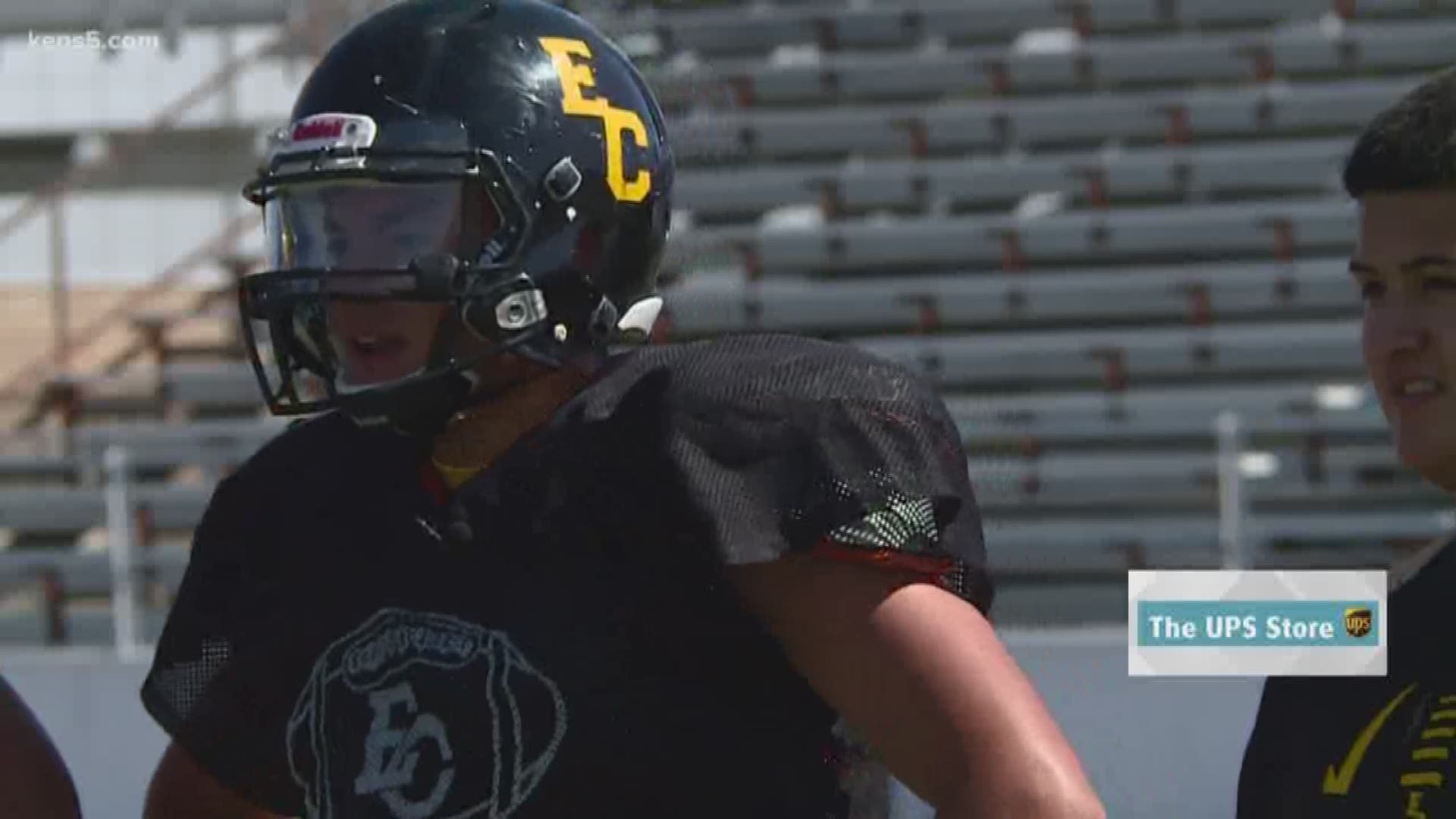 SAN ANTONIO — For East Central's Devon White, he feels sound when stepping on the football field.

It is a place where he can let loose a bit. "The tough Devon comes out," he said.

Because when he is off the field, he lets loose in a totally different way. "I'm kinda like a lone wolf--band and football, splitting it up," the senior saxophone player said.

White is allowed to show the other side of his personality representing the Hornets in band.

"In here, it's more of a relaxed chill vibe because we're just playing music and having fun with it," he said.

Up until his senior season, his first with varsity football, White spent more time on the turf during halftime. He finds similarities in both worlds.

Football and band is a lot to juggle at the same time, but head coach Joe Hubbard knows his defensive lineman doesn't miss a beat.

"Just seeing a kid be able to do multiple things and...be balanced in his life, you know, is a really neat deal," Hubbard said. "He worked really hard with band and then he comes out here with football and works his tail off for us."

White might split time between his two passions, but both parts of his personality travel with him wherever he goes.

"I love seeing the jock and the band geek mixed together," White said. "That's kinda what makes me, me."