The Golden Bears offensive lineman has spent four years earning the respect of everyone in that Edison football program. 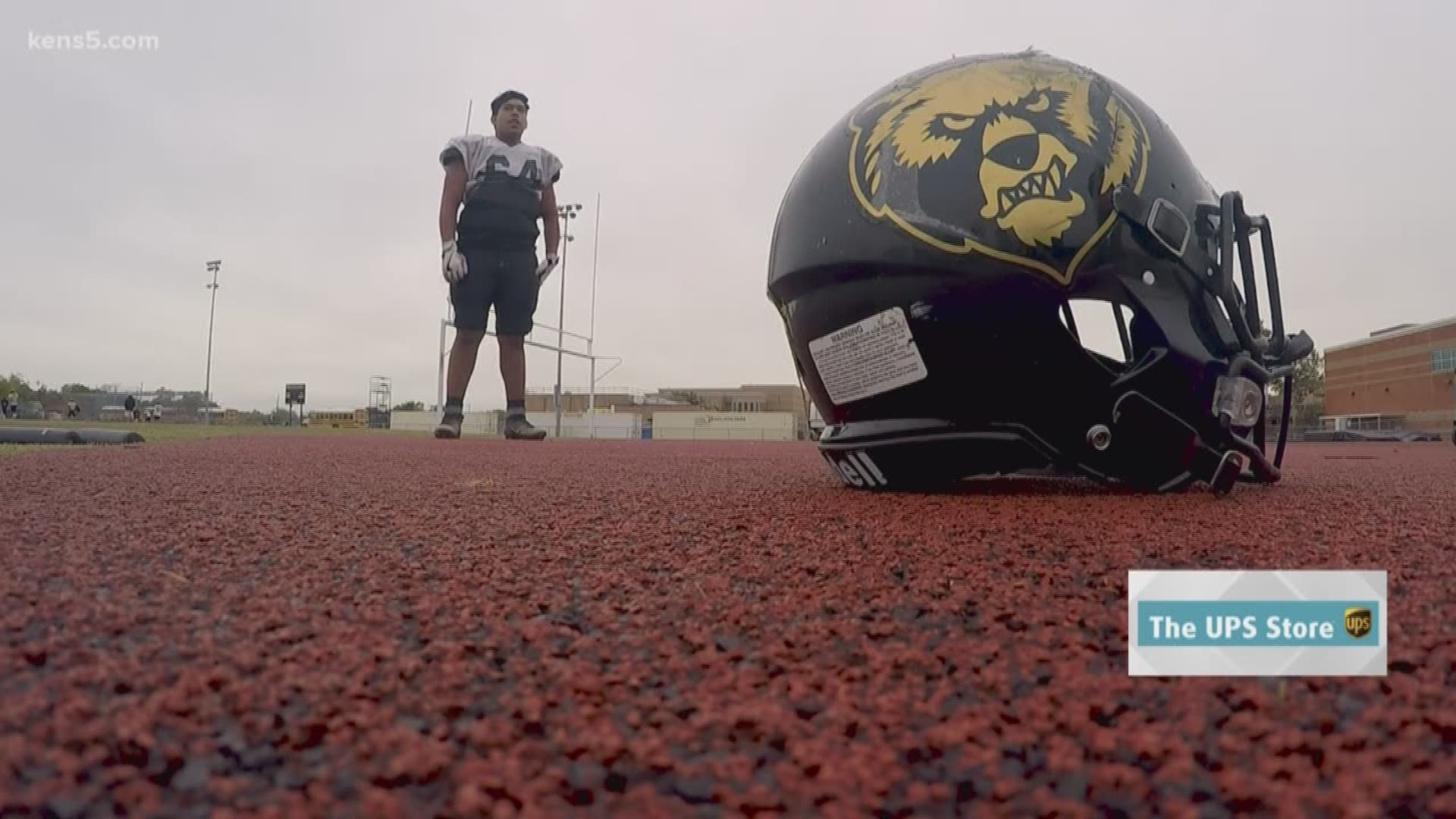 SAN ANTONIO — At Edison High School, setting an example is the top priority.

"Nothing is going to be given to you in life," head coach Jesse Monreal said. "You got to earn it and it's tough around what we call the inner city."

The 1-7 record does not do these Golden Bears justice. Just look at senior Abraham Salazar.

Salazar said, "I've been here every day grinding. Always being here for the coaches and for my teammates, as well."

The 5-foot-8-inch offensive lineman stands at 225 pounds. He is one of the smallest bodies upfront, but also one of the most respected players in that locker room.

"I want to set a good example for the rest of my sophomores and juniors that are on varsity so they can look back and be like, ' Oh, I want to be a role model,'" Salazar said.

With the Golden Bears struggling, Salazar's persistence cannot be understated.

"It's tough when you're not winning. The morale. The work ethic," Monreal said. "But having him here and kids using that as an example and saying, 'Hey, you got to move forward.' That's what is going to go far in life."

There's no doubt Salazar will be missed on the field when he graduates.

"It's going to be a big loss for us at Edison High School," Monreal said.

Luckily for the program though, his example should last well beyond this season.