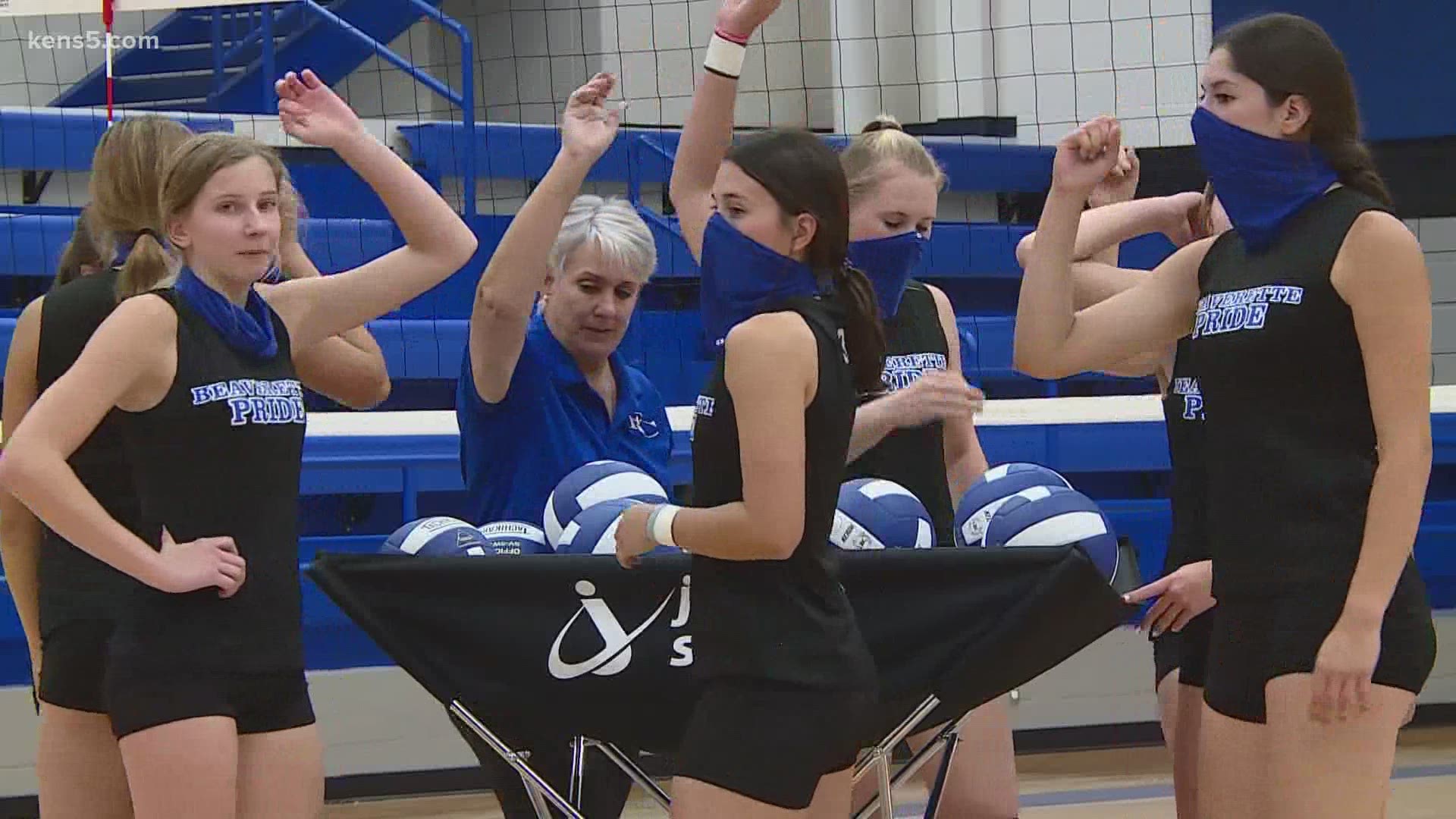 "That's what's such a Cinderella story about this. (The girls) started in August and look where they are now?" Swierc says with a smile on her face.

They started in August.

"I was like, 'Oh my gosh, I feel so bad for (coach) because we literally have no clue,'" junior Mylee Soliz said. "I was like, 'I wonder if she knew what she's gotten herself into,' because we had no idea what to expect."

Fellow junior Sydney Wiatrek added, "We didn't know the rules, positions, nothing. We were totally blindsided."

The Falls City ISD Board of Trustees approved the new volleyball program just last November. By July of this year, the town was still digging for its first head coach.

Swierc, retired and with 40 years of experience, was originally helping with the search.

"Well, no one wanted to leave and start a program from scratch," the 65-year-old said.

"(Falls City Athletic Director Mark Kirchhoff) asked, 'Will you do it?' (I said), 'No, I'm not interested. I don't want to do this.' (He) took me to lunch, bought me some nachos, twisted my arm and I said, 'Alright.'"

So much work had to be done.

"They had nothing," Swierc said. "No balls, no uniforms, no nets, no courts, no anything."

"Oh, we were talking about maybe quitting," Wiatrek added, laughing. "We had no idea what to do. We were so overwhelmed."

Credit: KENS 5
The Falls City volleyball team embracing their arrival on the high school volleyball scene with a 'New Kids on the Block' sign near the court.

The 10 players (and zero seniors) were just excited to learn.

"They just were like a sponge. They just absorb. If they didn't, they ask you a question," Swierc said.

Then it happened: Success.

"Everyone was going crazy. We were like, 'Did this really...did we just win a game? This being our first year?'" Soliz said.

Progress punctuated with positive results. One win turned into eight wins by the end of the season.

"It was like a puzzle," Wiatrek said. "Everything started fitting together and we were just able to pull wins."

Soliz added, "They've been so patient and kind to us this whole way, encouraging. And without that, we definitely could not have made it as far as we have."

The thanks goes both ways.

"My husband is from here," Peggy said. "The Swierc name is very well known here in Falls City."

He is a guiding voice, helping to build this volleyball program.

Soliz said, "It's all really just about family. Not necessarily wins and losses for us, but that we all grow together."

The process has been rewarding.

"We spent a lot of time and effort into this sport and we're so happy that we're able to finally show our community and coaches that we can do it," Wiatrek said.

It is a success we can now all believe.

"This has been a Cinderella story," Swierc said. "They did the grind. They put the work in. That just filled my heart to see kids, that know absolutely nothing, be able to bring something from scratch and step into the playoffs on Thursday."