Volleyball teams across the state set the stage for everyone else to follow. Boerne High School has created new habits and is thriving during the 2020 season. 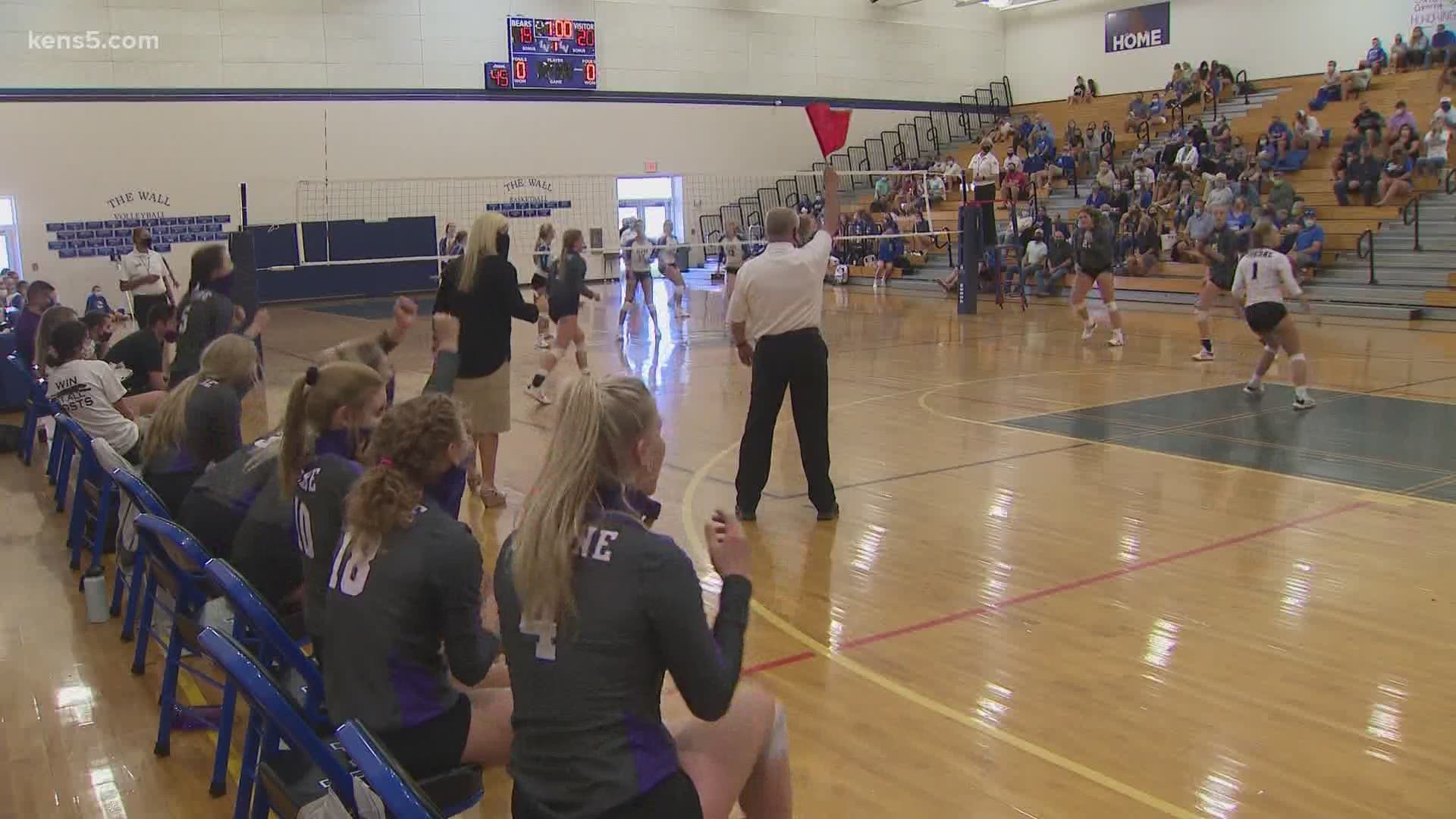 BOERNE, Texas — High school athletes do not care about how the games look right now.

If they're playing, they're happy.

“I definitely think this is an uncertain time, we don't take any moments for granted and we just play as a team," said Madisyn Jones, sophomore captain of Boerne High's volleyball team.

"The anticipation is kind of high because we don't know when the last game is going to be," added senior captain Addison Amick. "We're just playing as hard as we can because you never know.”

There is no room for complacency and, in some cases, there is not even enough room for fans.

“Every school is different, so it's kinda like a surprise," Boerne Gead coach Tisha Pettibon said, laughing. "Every time we travel it's like, 'OK, how many people get to go to this one?'”

Who doesn’t love bleachers ! So proud of these girls continuing to show up and work hard this summer , Go Hounds !! pic.twitter.com/NmzCLrvX80

Boerne is one of many smaller schools making adjustments to keep the season going. Masks on the bench, altered celebrations, constant sanitizing and switching of the balls is part of the everyday routine now.

It has been a tough journey, for these girls and coaches, unwinding the routinized mechanisms of the sport.

“It was a bit strange, but now it's my new normal," Amick said. "I've grown accustomed to it and taking those extra steps is a part of my routine.”

Pettibon said, “(The team is) great at it and we're just really proud of them. We're going to keep doing it as long as we can so we can keep playing."

There’s a fulfilling feeling with this sacrifice, though. The Greyhounds are off to one of their best starts in more than a decade, with a sterling 6-0 record one month into the season.

“It definitely hasn't changed our game," Jones said. "If anything, I feel like it's brought us closer together."

Pettibon added, “We're practicing hard, we're competing hard and for them we approach it like, don't lose any moment. Don't take one moment for granted.”

Amick is one of three seniors on the squad and she cannot hammer home that message enough.

“Since I'm a senior, I've always been saying I have one more year or I have two more years and then this happened and I didn't know if we were going to have a season. I'll take (going) the extra mile and doing the extra thing if it means getting a season.”

So yeah, there is a new look. But these girls are playing volleyball in the fall, and putting their opponents on notice in the process.

For them, that is the only normal they need.