"Ultimately we just felt if we protect these kids, that is our number one priority," said executive board president Fernando Martinez. 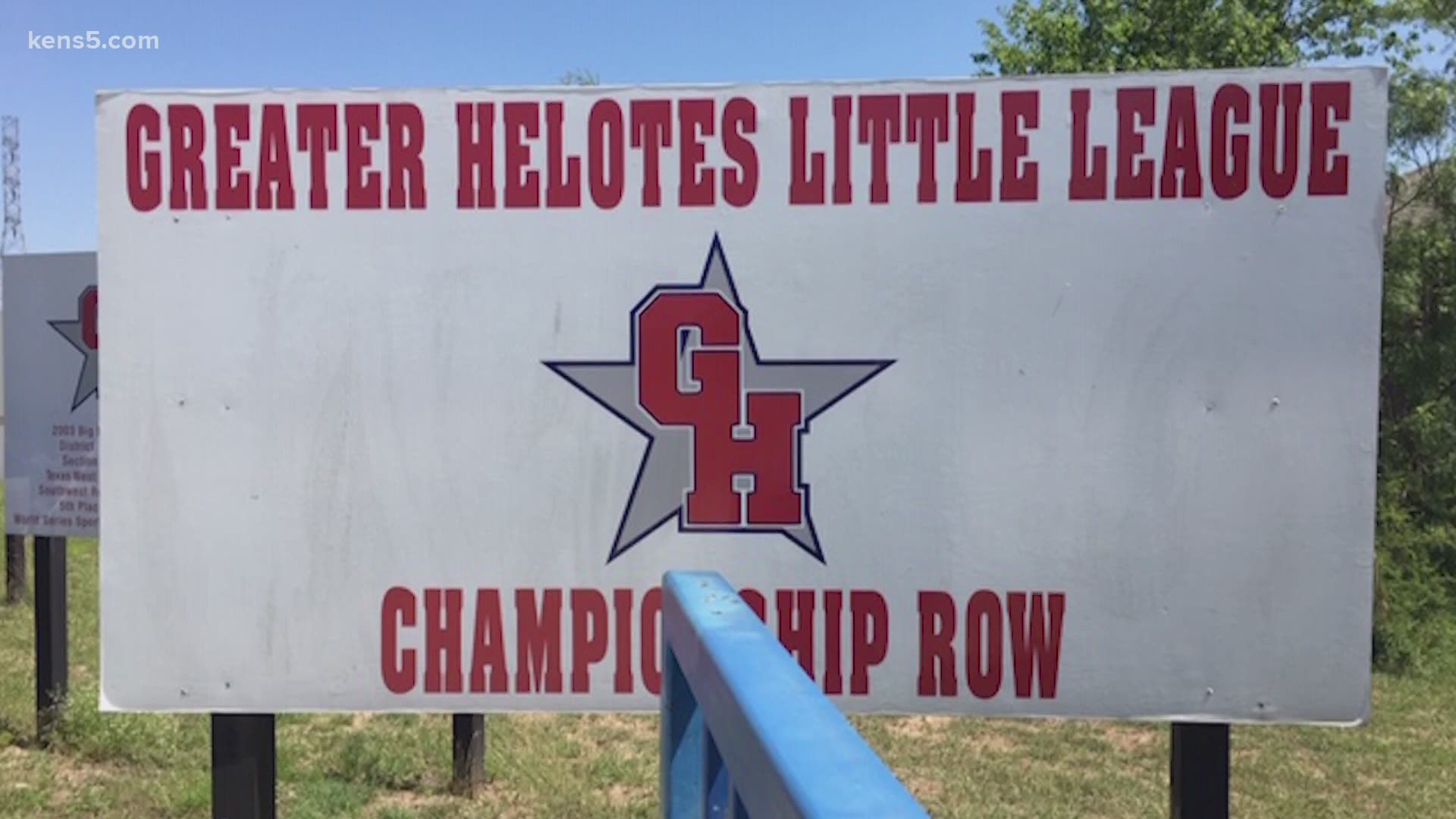 HELOTES, Texas — As we wait for the return of Major League Baseball, and whatever is going to happen with Minor League Baseball, many families around San Antonio are hoping for little league baseball, but that is not gonna happen on the north side.

The Greater Helotes Little League has canceled the 2020 spring season despite Governor Abbott’s phases of opening the state. So the question is why?

"We have almost 1,200 kids here ranging from potentially three and four year olds to sixteen year olds, so it felt like we could keep the older kids away and everybody safe, but the younger kids were the ones we were really worried about," said executive board president Fernando Martinez.

"Financially it is a major implication of not playing, but ultimately we just felt if we protect these kids, that is our number one priority," he added. "To cancel a season, much less the spring season, is, you could never imagine doing that. Our board of members voted almost unanimously to pass that vote.

"It chokes you up a little bit having to write that message that this is not going to happen. We kind of felt that if the recommendation was needing to be six feet apart, wearing masks, and maintain social distancing how can we put kids out there with that close of proximity and operate with a good conscience that we are doing everything that we should be doing?

It was recently in 2016 that the Helotes Little League Softball Team won the World Series Title, but sadly, they won’t have that opportunity this season.