Quinn Buckner, his teammate Scott May and their coach Bobby Knight cut the nets down in Philadelphia after beating Michigan to win the national title. 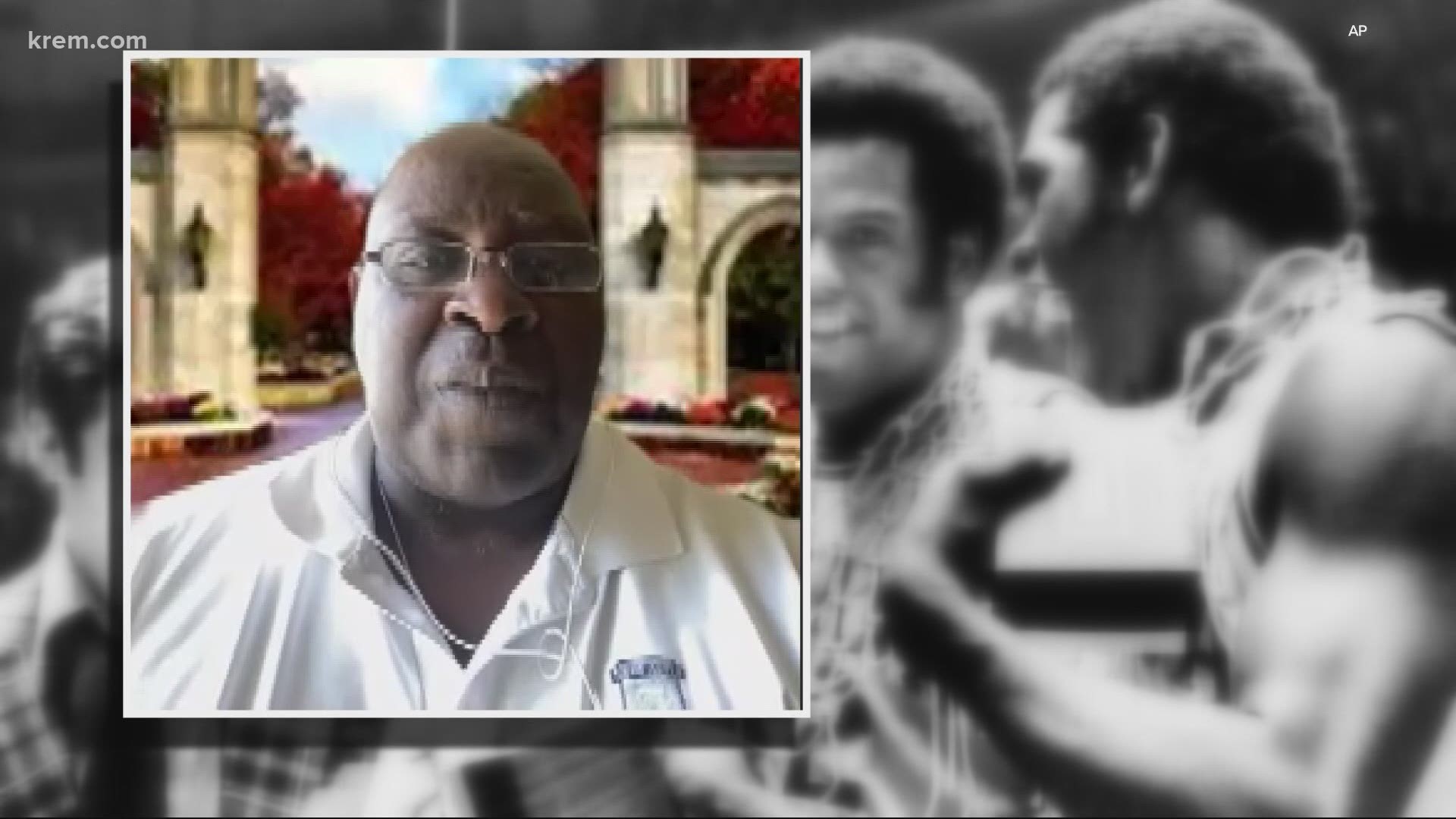 INDIANAPOLIS — The Gonzaga Men’s Basketball team is 30-0 and just two wins away from doing something that hasn't been done in 45 years.

Quinn Buckner, his teammate Scott May and their coach Bobby Knight cut the nets down in Philadelphia after beating Michigan to win the national title.

Indiana went 32-0 that year. It’s something no college team has done since. Gonzaga's now knocking on the door and Bucker says he's rooting for them.

“It one of those things like everything else in life, everything changes,” Buckner said. “But, I don't think it denigrates or says anything less about the ‘76 team. It just says that there is another team that has gone undefeated. More importantly, winning the national championship.”

Buckner knows a few things about championships. He won state titles in high school basketball and football. A national title in college basketball, an Olympic gold medal and an NBA championship. It's why when people ask him about the Hoosiers' perfect season in 1976, he tells them what he really cared about was the title.

"It is important to me because it was along the way to win the NCAA championship,” Buckner said. “Short of that, being undefeated wasn't important. I was more interested in winning the championship because that's…my dad raised me that way.”

Buckner, who now works as a TV analyst for the Indiana Pacers, says he's impressed with Gonzaga's play this year and that they have the ingredients to win the title.  But, at this point he says that shouldn't be the focus.