Farnham played basketball for UCLA but has become closely associated with the Zags over the years after calling many of their games. 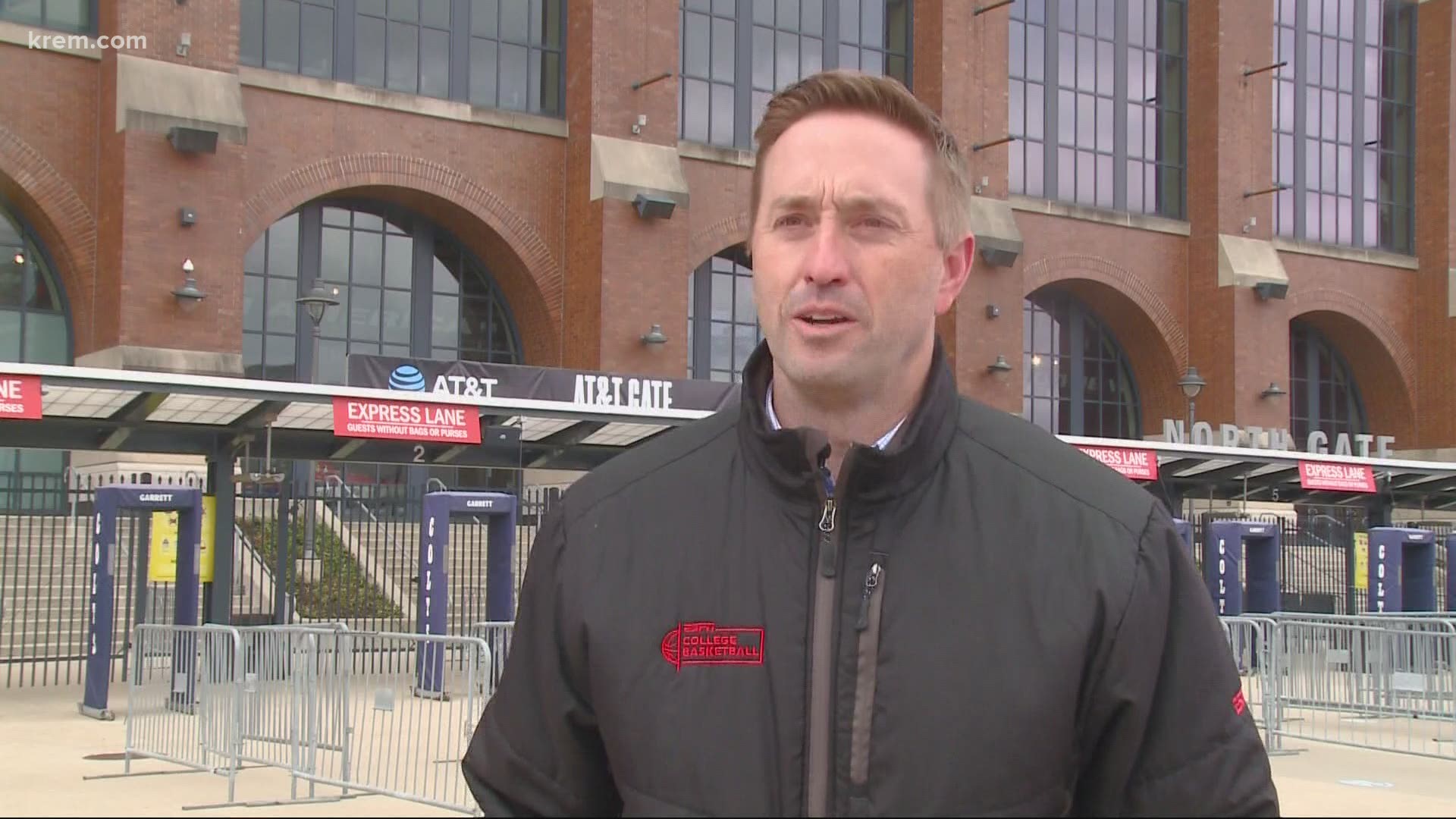 And if you’ve tuned into any of their big games over the past few years, you’ve probably heard the voice of Sean Farnham narrating the action.

Sean is an ESPN color commentator who has called many Gonzaga games but Saturday’s matchup with UCLA is an incredibly interesting one for him.

"You have, like, your real child and then you adopt this really cool child. You're like, 'You both are great,' and then they're going to fight," Farnham said.

Sean is an alumnus of UCLA and played basketball there. However, he's become closely associated with GU over the past decade due to him calling so many Gonzaga games.

"My heart and my love is for the school that I played for for four years, but the community of the Spokane and Gonzaga—The first game I ever called at ESPN was a Zags game. To call more games over the last eleven years of the Gonzaga Bulldog program than any other announcer that covers the sport, there’s certainly a part of my heart that goes, 'You know what? I really want to see this continue,'" Farnham said.

.@SeanFarnham is in a unique position as the Zags take on UCLA on Saturday.

He went to UCLA, but now calls all of GU's big games on ESPN.

"You have like your real child and then you adopt this really cool child. You're like you both are great, and then they're going to fight." pic.twitter.com/xvdt19xV51

No matter what, the result of Saturday’s match up means there will be a west coast team in the national championship game.

Farnham said Gonzaga has held down the west coast in terms of basketball for the last 20 years, but seeing Pac-12 teams join the party this tournament has been thrilling.

"Being a national media member, I’d be like, ‘Look at the West Coast. The West Coast has some really good hoop going on.’ And this NCAA Tournament, because of the Pac-12 and how well they performed and the fact that UCLA’s here, is kind of an announcement to the rest of the nation that, by the way, you can watch good hoops west of the Mississippi," said Farnham.

However, there will only be one west coast team that remains after Saturday.

Farnham said if he was UCLA's head coach Mick Cronin, he'd be closely studying the 2019 WCC Championship game and how Saint Mary's was able to slow Gonzaga down.

If you're Gonzaga, he said, just keep being you and you'll win this game just fine.

At the end of the day, Farnham is going with his head over his heart in this matchup.

"I said [on ESPN] this team was going to go undefeated and win a national championship. I’m not backing down from that now because they’re playing UCLA," he said.