3-star Gilmer Quarterback Brandon Tennison took to Twitter this past weekend to announce he has committed to the University of Texas at San Antonio. 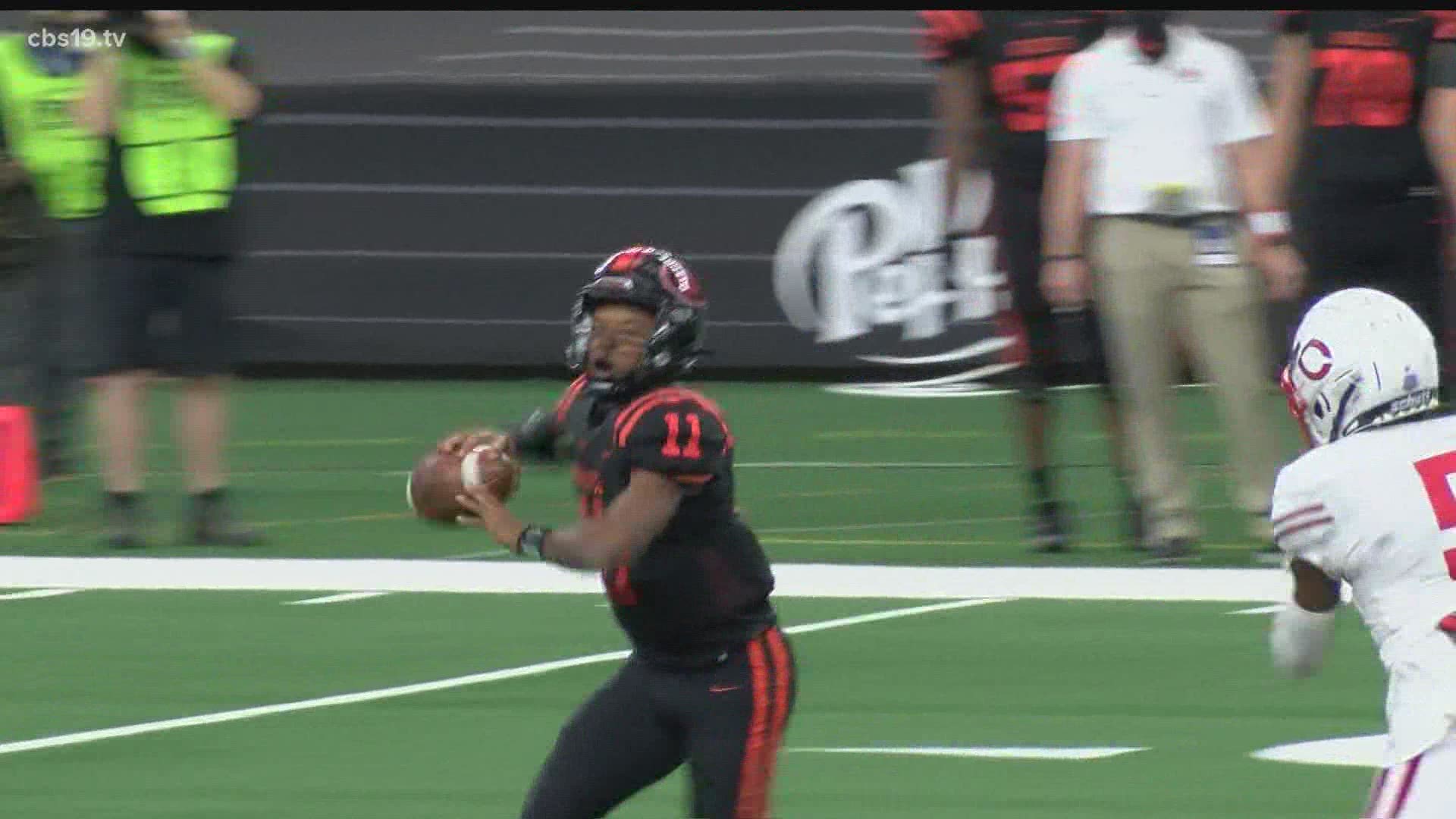 GILMER, Texas — The last time we saw Brandon Tennison quarterbacking the Gilmer Buckeyes they fell to the Carthage Bulldogs in the 4A-DII State Championship game.

Yet, that loss on the biggest state of Texas high school football didn't define the season from Tennison who went from timid sophomore, afraid to throw the football at times, to a poised, confident, and dynamic playmaker at the quarterback position for Alan Metzel's offense.

Tennison had a stellar junior season throwing for 40 touchdowns through the air, for over 3,800 passing yards.

Over the week he took to his twitter account to announce that he has committed to the University of Texas at San Antonio to play for UTSA Head Coach, and Gilmer native Jeff Traylor.