Ex-Burbank basketball standout took place in the SAISD Athletic Hall of Fame during an emotional ceremony on Saturday. 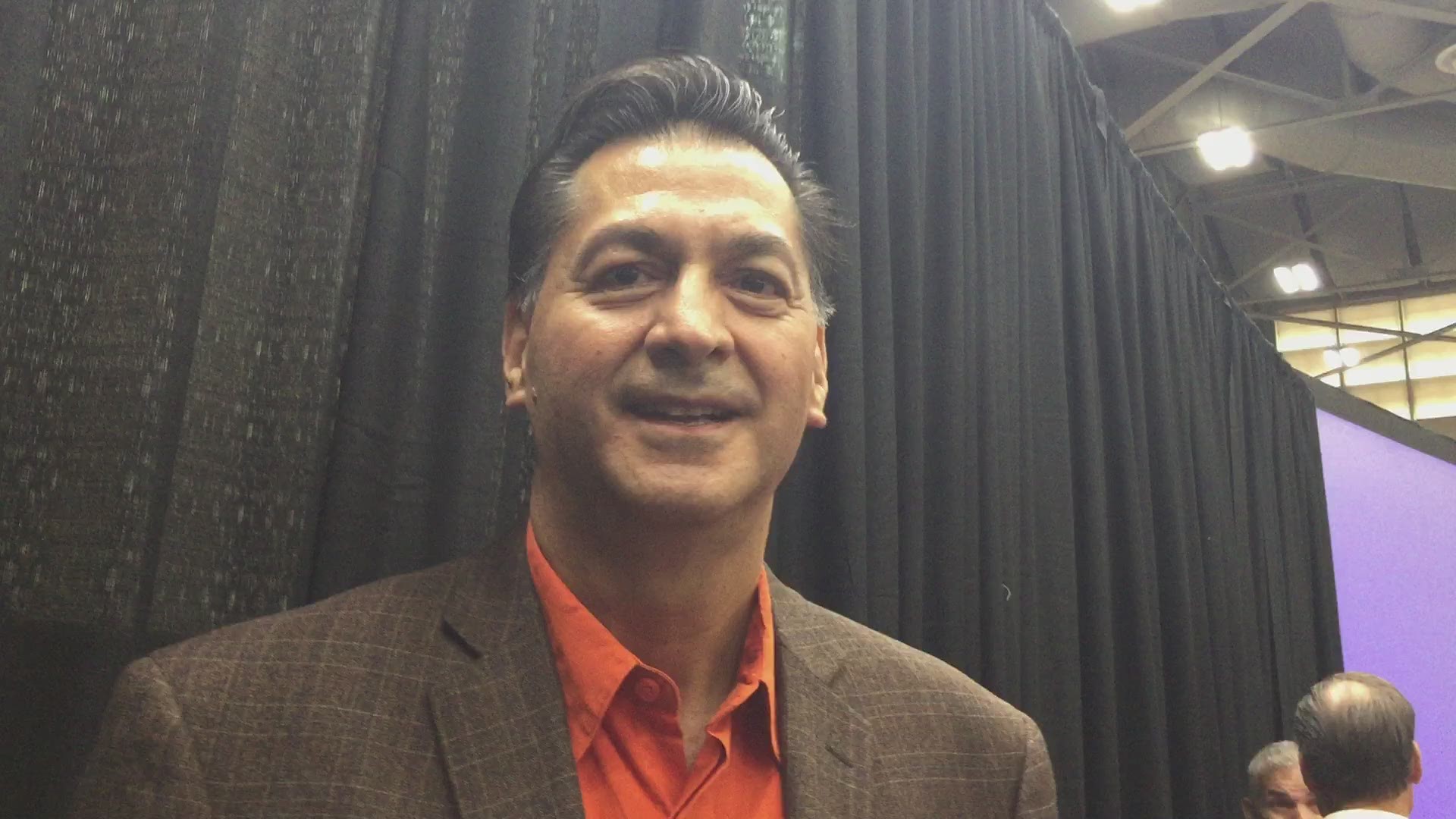 "Whenever we come to San Antonio, I can't believe how popular he is after all these years," said Gilbert Salinas III, one of the hall of famer's twin sons. "Even when we're at an airport somewhere else, someone from San Antonio will recognize him. They'll ask me, 'Is Gilbert Salinas your father?'"

Of course, at 6-foot-11, Gilbert Salinas Jr. is hard to miss – or forget. He was already that tall when he led Burbank to the Class 4A state semifinals as a senior in 1977. Class 4A was the University Interscholastic League's largest classification in those days.

Coached by Earl Meyer, and anchored by Salinas, the Bulldogs finished the 1976-77 season 34-5 after losing to Dallas South Oak Cliff at the state tournament. Salinas earned All-America and All-State honors as a senior.

Salinas, who now lives in Glendale, Ariz., took his place in the San Antonio ISD Athletic Hall of Fame during an emotional ceremony Saturday at the Alamo Convocation Center, where he played many of his games in high school.

"It all comes back to you," Salinas said. "The games, the big crowds. I even remember where our pep squad stood during the games. It happened so fast, but I remember the teammates coming together."

"We loved each other and played hard, and the community was unbelievable. We had a good time. They were always backing us. How could we lose? It was a great time," Salinas said.

Salinas, 60, was among six people who were inducted into the SAISD Hall before a crowd of about 400. It was the largest turnout in the five-year history of the event that honors coaches and athletes from the eight high schools in the San Antonio Independent School District.

The Hall also includes former greats from Wheatley, an SAISD high school that had a predominantly African American enrollment, and competed in the Prairie View Interscholastic League before closing in 1970.

Adriane Lapsley Butler, Brackenridge, Class of 2002: Butler competed in volleyball, basketball and track at Brack before she was a three-time All-America track athlete at Georgia Tech.

Larry Collins, Edison, Class of 1974: Collins was an All-City running back who ripped off 1,000-yard seasons as a junior and senior at Edison. Collins was also a standout sprinter for the Golden Bears’ track team, qualifying for the UIL state meet in the 100 and 220 his senior year.

Rudy Davalos, Edison, Class of 1956: A standout basketball high school and college basketball player, Davalos earned All-State honors with the Golden Bears before going on to a stellar career as a point guard at Southwest Texas State.

Moved up to the varsity during his freshman season, Salinas steadily transformed Burbank into a title contender. The Bulldogs won their first of three consecutive district titles in Salinas' sophomore year, and advanced to the regional semifinals when he was a junior.

Salinas signed with Notre Dame after being recruited by virtually every college in the country. Salinas' collegiate career fell short of expectations – he never cracked the starting lineup – but he earned three letters in four seasons while playing for coach Digger Phelps. More importantly, Salinas graduated in four years.

Salinas choked back tears when he recalled his late parents, Enedina and Gilbert Salinas. He also was emotional when he spoke about them in a video interview that was shown during his induction ceremony.

Asked later if his parents were his inspiration while he was growing up, Salinas said, "They still are."

Sadly, Salinas father was killed in an auto accident as the family returned to San Antonio from Salinas' college graduation.

In a testament to the bond he still has with some of his former Notre Dame teammates, four of them flew into San Antonio to attend Saturday's induction ceremony. Even retiring ND athletic trainer Skip Meyer, who arrived in South Bend in 1979, was there.

Salinas did not know Meyer and ex-players Rich Branning, Kevin Hawkins, Mark Kelly and Tim Healy planned to make the trip until they surprised him Friday.

"I walked into a restaurant and they were seated and it was surreal," Salinas said. "I didn't understand that they were going to be here. They surprised me. My other buddies who were here pulled it off. I walked in and . . . it was so good to see those guys. I know I'm not alone. It was just awesome. It was just a showing of love that my teammates showed up here."

Hawkins was a freshman at Notre Dame the same year as Salinas.

"There's no question that I was coming," Hawkins said. "He's one of my closest friends. Has been, basically, since we were in college. I love my friend. As soon as he told me (about the induction), I said, 'I'll be there.'"

Meyer wasn't about to miss Saturday's event, either.

"Once at Notre Dame, you're always a Notre Dame man," Meyer said. "There's a bond. He (Salinas) comes back every year, every two years, to see the university and see the basketball team. He's developed a bond and he's part of the family, so that's why we're here."

Salinas still has siblings living in San Antonio, including a younger brother, David, who played basketball with him at Burbank. Gilbert Salinas owns a hearing-aid business in Phoenix and visits San Antonio at least once a year.