Jason Garrett addresses the elephant in the room... kind of 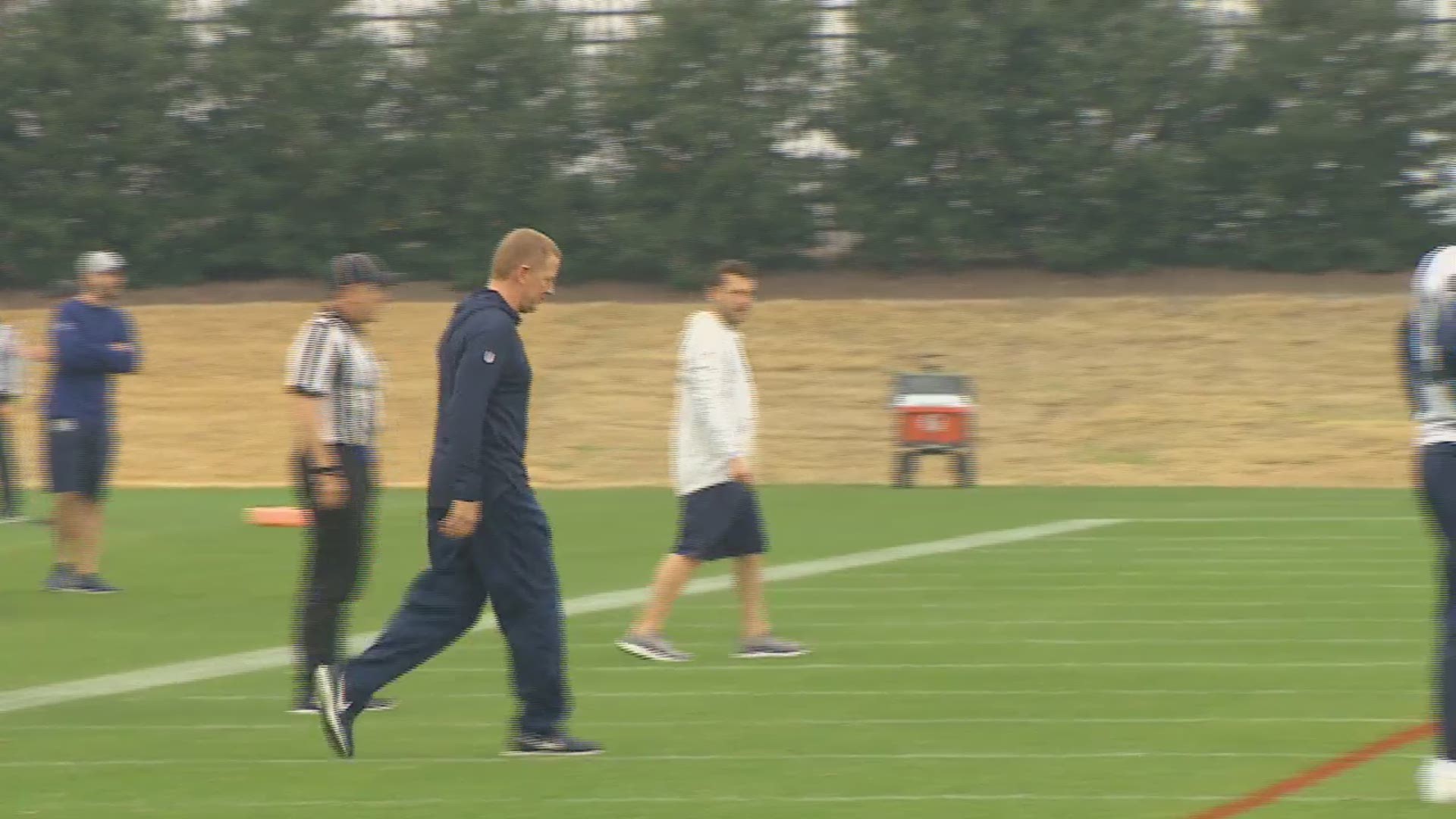 FRISCO, Texas — Jason Garrett's fate is all but sealed.

He isn't going to be back as the Dallas Cowboys head coach in 2020. And today, in his daily press conference, the elephant in the room was finally addressed.

"When do you think about your future?" the coach was asked

"Not a whole lot," Garrett responded.

No, not do you. When will you?

"I guess sometime in the future," he cracked, as the media laughed along with him.

Sometime in the future, the Dallas Cowboys will be searching for a new head coach. But until that time comes, the Cowboys players continue to field questions about Jason Garrett.

"I mean, whatever happens, happens," right guard Zack Martin said. "We've said it all year, but guys are focused for this game."

Whatever happens, happens isn't exactly a ringing endorsement for a coach entering the final game of his contract.

"I think it's the last game on mine as well," quarterback Dak Prescott quipped. "So, I'll be damned if I'm gonna speak on anyone else's future."

There is a bigger question, as the Cowboys look toward the future -- how good a job is their head coaching position.

"Oh gosh, I mean, you're talking about the Dallas Cowboys," tight end Jason Witten said. "I mean, it's a great job. This franchise, I'd put it up against any franchise in all of sports."

Sure. But the head coach of this organization has to deal with some things other coaches might not have to.

"Look, the things that come across that desk on a day-to-day basis... you've gotta have a thick skin, you've gotta be a great leader," Witten said. "That's what the great head coaches do in this league."

Would you want that job one day?

"Hah," Witten laughed big, as he started to walk away from the scrum. "Hahah... alright guys," he said, as the media all laughed along with him, and the interview came to an end.

Maybe he'll want to... sometime in the future.