The former Alamo Heights star and Astros first round pick didn't make it out of his first inning of action. 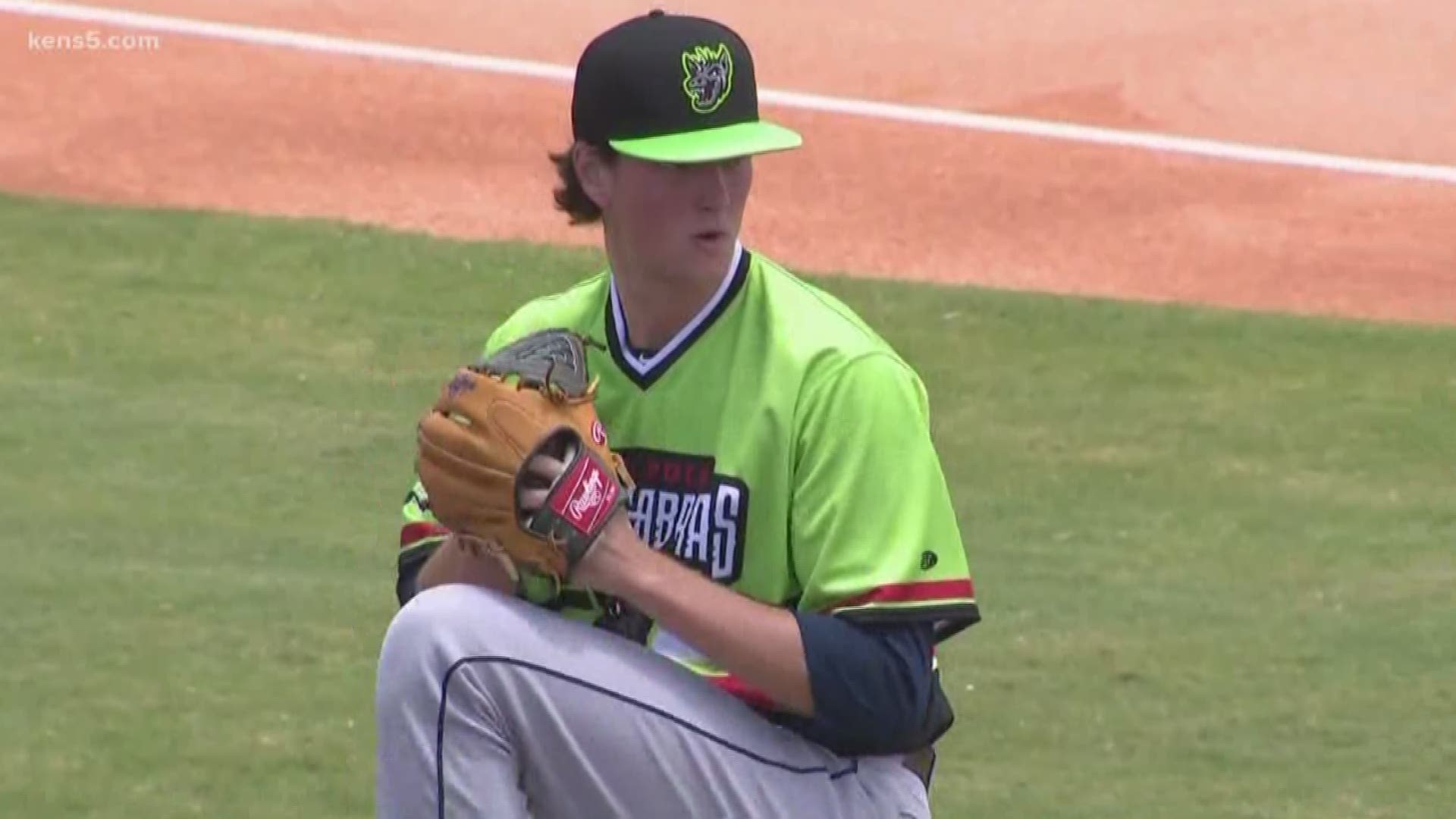 SAN ANTONIO — SAN ANTONIO – Thanks to San Antonio moving up to AAA baseball, Forrest Whitley gets to make more trips to his hometown. The former Alamo Heights star and Astros first-round pick is on the precipice of a Major League call-up, but he still needs to find success with Round Rock first.

Whitley, who was originally slated to pitch Saturday, made his appearance Sunday against the Flying Chanclas. The first game of the doubleheader picked up where Friday's game was suspended (rain), so Whitley was gifted a 6-1 lead in the fourth inning. Unfortunately for the former Mules ace, he did not make it out of that fourth inning.

"I mean, it's good competition. Nothing too crazy. I just haven't been pitching too well, so that's it," Whitley said. "It's baseball. There's always the next one, so just focusing on having a good outing Saturday and moving on."

The Missions offense was on full force during Sunday’s doubleheader as they swept both games from the Express. The Flying Chanclas rallied for a 10-9 walk-off win, completing their largest come-from-behind win of the season. Then in game two, the Missions handled business, winning 6-1.

The Missions and Express will wrap up their four-game series Monday morning at Wolff Stadium. First pitch is expected for 11:05 a.m.