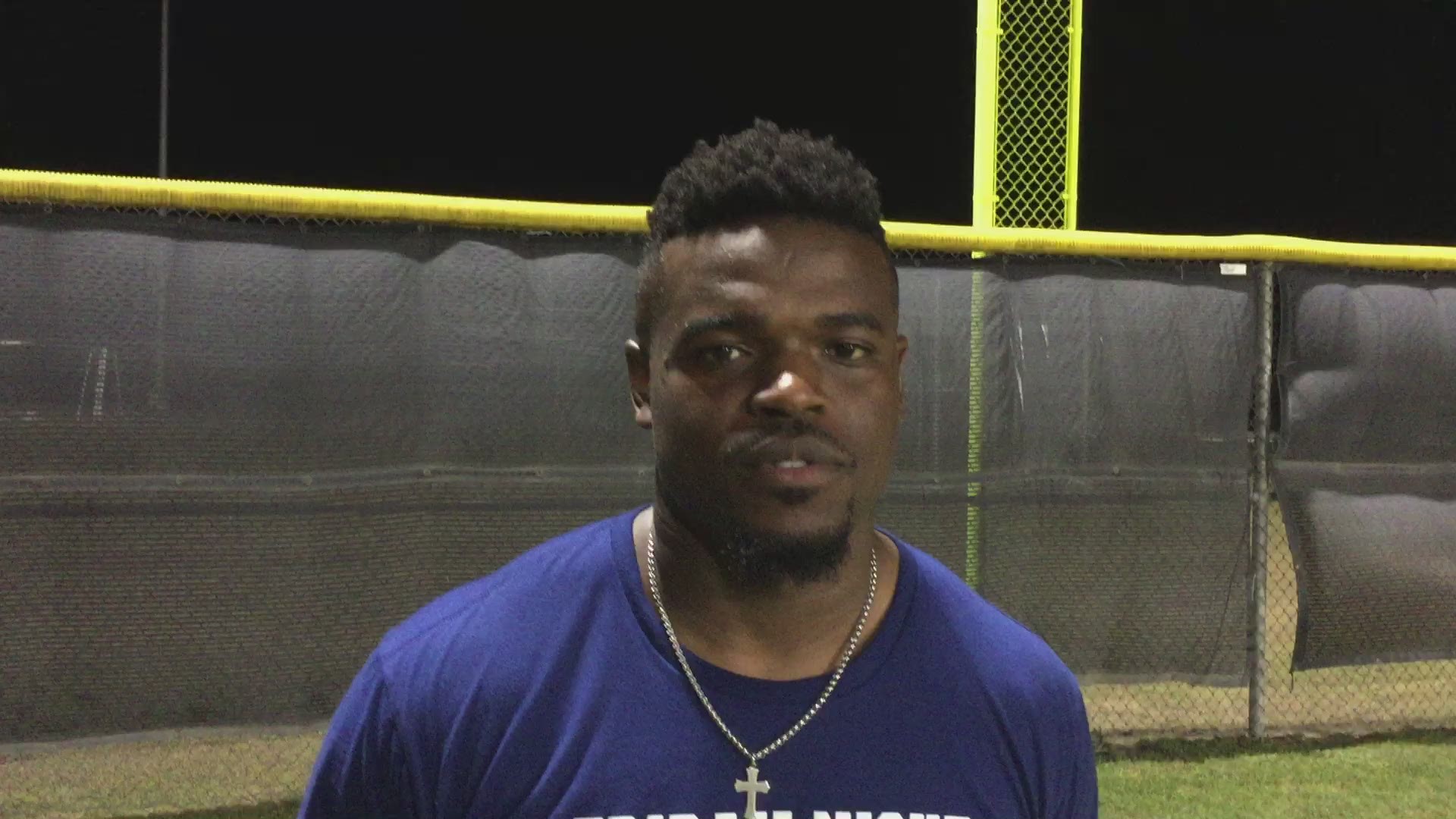 It was as though former blue-chip running back Malcolm Brown had never left Steele High School.

There on the Knights’ practice field, where he honed his skills before going on to play in college and the NFL, Brown signed autographs and posed for photos last Friday at his football camp for area kids.

"For the kids to have a smile on their face, that can mean the world to them. You never know. I’m just trying to bring the community together and have some fun.”

In a month, Brown will be in his fourth training camp with the Los Angeles Rams, his employer since making the team’s practice squad as an undrafted free agent in 2015.

One of the country’s top high school recruits as a senior eight years ago, Brown committed to Texas before the 2010 season, choosing UT over Alabama. He helped lead Steele to the Class 5A Division II state championship in 2010, earning All-America honors and getting named 5A Offensive Player of the Year by the Texas Sports Writers Association.

“Time is flying, man,” Brown said. “It’s crazy. I really can’t believe it. It feels like just yesterday I was out here practicing on this field. It’s been a blessing to have a chance to continue my career. I can’t ask for more than that.”

Brown has stayed close to his roots, training in San Antonio during the offseason and spending time with his parents, Lizzie and Tommy Brown.

Registration for the second Malcolm Brown Friday Night Lights Football Camp was free and drew about 300 boys ages 6-13. Retired All-Pro running back Priest Holmes and a staff of pro and college players from the San Antonio area served as instructors during the four-hour camp under the lights.

“The reason we’re out here, of course, is to support the community,” said Holmes, 44, who lives in San Antonio. “I’ve always been a proponent of doing that. I’ve been doing camps for more than 25 years. What I like about doing camps now is that older guys in football years like me, we get a chance to step back and let the younger guys put their face on the camps and we come out and support them.”

“It’s been great to see so many guys come out here and help out,” Brown said. “It’s like a brotherhood.”

Holmes, a Marshall High School graduate, played at Texas for four seasons before catching on with the Baltimore Ravens as an undrafted free agent in 1997. He went to the Kansas City Chiefs in 2001, one season after earning a Super Bowl ring with the Ravens as a backup to Jamal Lewis. Holmes played six seasons with the Chiefs before an injury ended his career.

The NFL’s top rusher in each of his first three seasons with K.C., Holmes earned All-Pro honors all three of those years. He ran for 8,172 yards and 86 touchdowns during his 10-year career.

“This is my second year to help Malcolm and it’s been great,” Holmes said. “I’ve enjoyed it. What I really enjoy is watching that progression, that maturation for him, growing up from his rookie and now coming into, basically, into a free-agent year. This is a big-money year for him. I’m really excited for him.”

Brown, who completed his college career at Texas in 2014, has played a total of 27 games the past two seasons, earning his keep as a backup to Todd Gurley and a key member of the special teams.

“Malcolm is in a great position,” Holmes said. “Gurley is definitely going to do the things that he needs to do, but as a third-down back (like Brown), you get an opportunity to make some special plays and set yourself up for a good opportunity.”

The stellar career Holmes had after he went undrafted has inspired Brown to keep plugging away.

“I’ve always been a fan of Priest,” Brown said. “After hearing his story from him, I just became more of a fan. So for him to be out here and come show some support, that means a lot. I can’t thank him enough for that."