Frank Harris ran for two touchdowns and threw for another to lead UTSA to a 24-10 victory over Stephen F. Austin 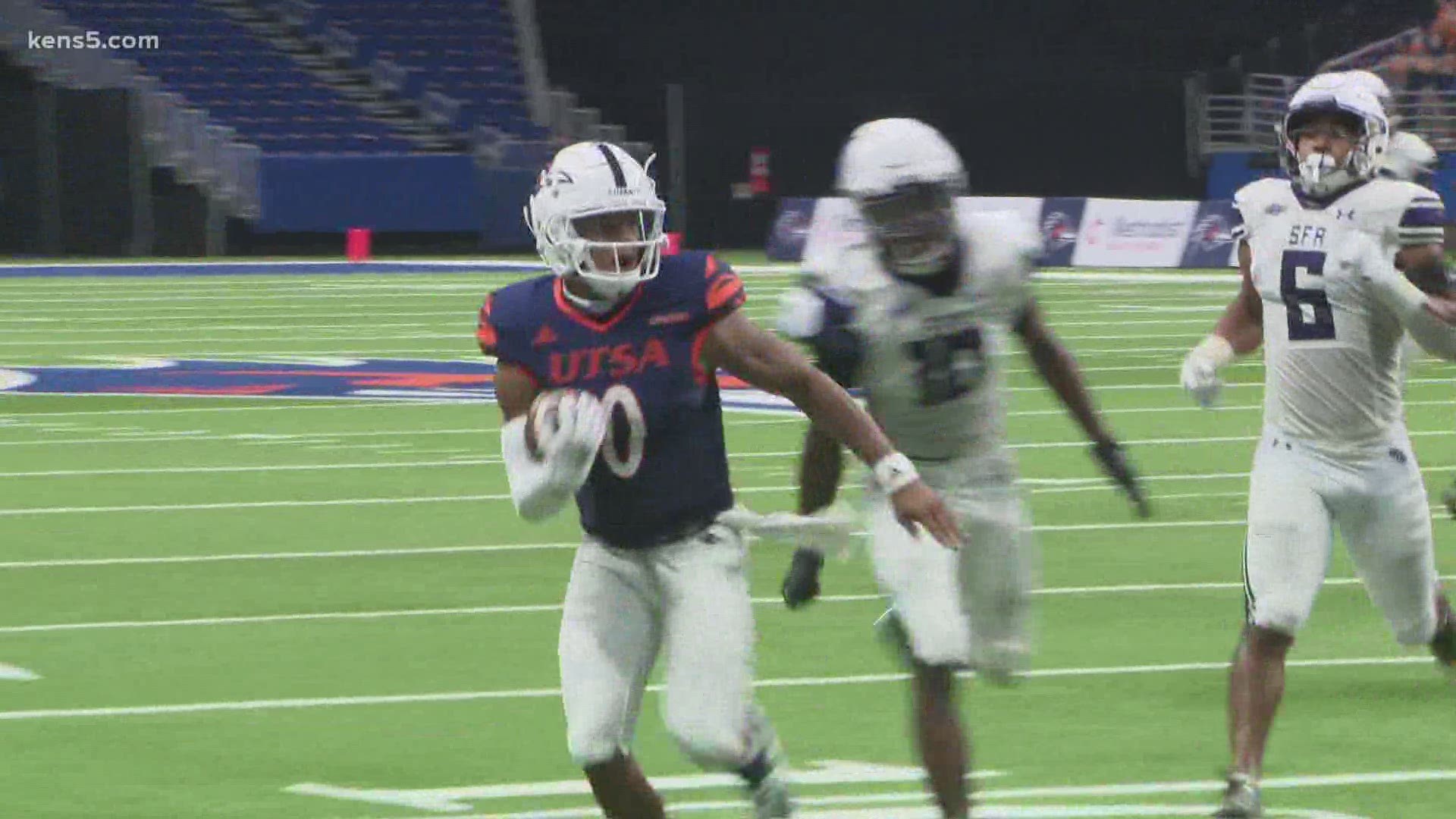 SAN ANTONIO — More than 6,000 fans were in the Alamodome as the UTSA Roadrunners continued their undefeated start to the season, clinching their first home victory of the year over Stephen F. Austin.

Frank Harris ran for two touchdowns and threw for another to lead UTSA to a 24-10 victory over the Lumberjacks. Harris was able to make up for a rare inefficient day passing with his feet and accounted for 373 of the Roadrunners’ 498 yards of offense.

His 23-yard quarterback draw gave UTSA a 14-point lead with just over seven minutes to play. He had a 3-yard TD run and tossed a 4-yard scoring pass to Joshua Cephus.

Up next for the Roadrunners is another homestand, when UTSA hosts Middle Tennessee on Friday, September 25. Kickoff for that game is at 7 p.m.

UTSA says the team was originally slated to face Memphis that day, but the game was canceled due to positive COVID-19 cases within the Memphis team and the ensuing quarantine of their players.

Oh wow. So UTSA already going to its Plan B with Memphis sidelined due to coronavirus concerns. https://t.co/ME9zdegvXx

As part of its coronavirus safety measures, the Alamodome is allowed to hold up to 17 percent capacity, which is roughly 17,000 fans. The facility has closely worked with UTSA Athletics to develop the safety plan, which requires all fans to wear face coverings except when eating or drinking in their seat.

Patricia Muzquiz Cantor, Director of the City's Convention and Sports Facilities, asked that fans "do their part to keep fellow fans, staff and players safe by following mask requirements and physical distancing policies. If you are feeling sick, please cheer on the Roadrunners from the safety of your home. We look forward to welcoming UTSA Football back to the Alamodome this fall. Go Roadrunners."