Roughly 28,000 people proved on Saturday that San Antonio is ready for a football team, but opening night didn't go off without a few hiccups. 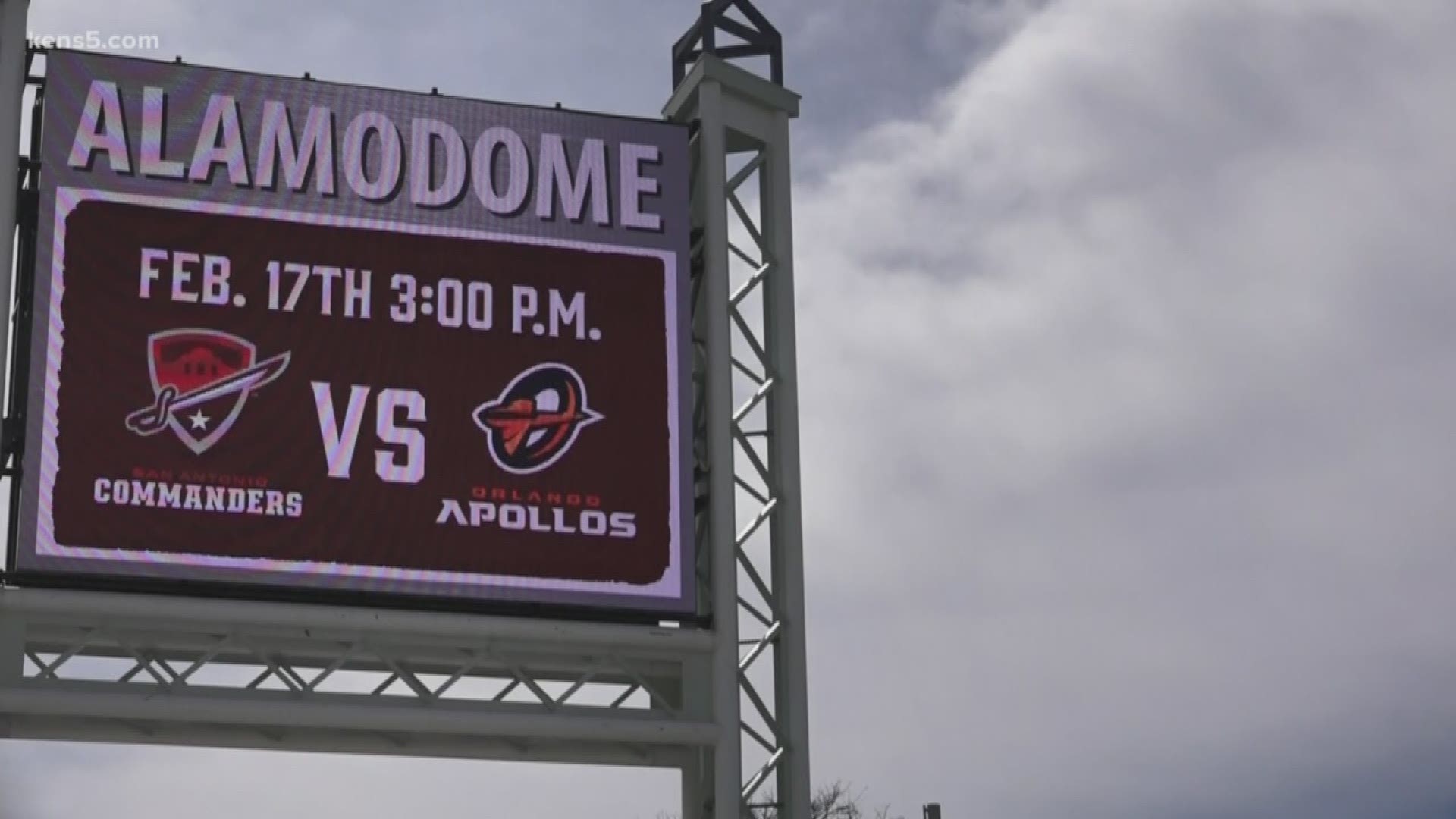 SAN ANTONIO — Roughly 28,000 people proved on Saturday that the Alamo City is ready for a football team. The San Antonio Commanders, one of the eight teams in the all-new Alliance of American Football, debuted at the Alamodome last weekend, beating the visiting San Diego Fleet.

Rae Howell said he has been waiting for a football team to come to the area for decades.

"I remember them putting up the Alamodome and saying, 'We're going to get a football team, we're going to get the NFL to us,'" Howell said. "I think it's 20 years later and we're still waiting on the NFL, but now we have the Commanders."

The team was welcomed by a crowd no one anticipated the size of.

Since that game of roughly 28,000 patrons, ticket sales have skyrocketed. But as the team gears up for its next home game this weekend, fans said some things need to be addressed.

"We didn't feel that they were organized enough," Howell said.

Fans reported waiting for over 30 minutes in long concession lines, while others said some stands were running out of food.

"At halftime the lady in front of us went to get nachos and a drink for her child and didn't get back until the middle of the fourth quarter," Howell said.

Two days later, facility officials admitted via social media they "fumbled" opening night, and vowed to be better prepared for the next game.

Officials told KENS 5 the style of the game also contributed to the issues. Because it was so fast-paced, no one wanted to leave their seats until halftime.

Even then, the break between the second and third quarters is a mere 13 minutes long.

While Howell will welcome the changes, she said she's not going to let the issues get in the way of an experience she's waited a long time to have.

"It's not going to deter me," she said. "I want to give them a chance to redeem themselves."

The Commanders next game is this Sunday, and team is asking fans to get there early. Alamodome officials tell KENS 5 they will try to have all those issues addressed by this weekend, but it may take a bit.