The team in the new Alliance of American Football is beginning to take shape before the inaugural season begins in February. 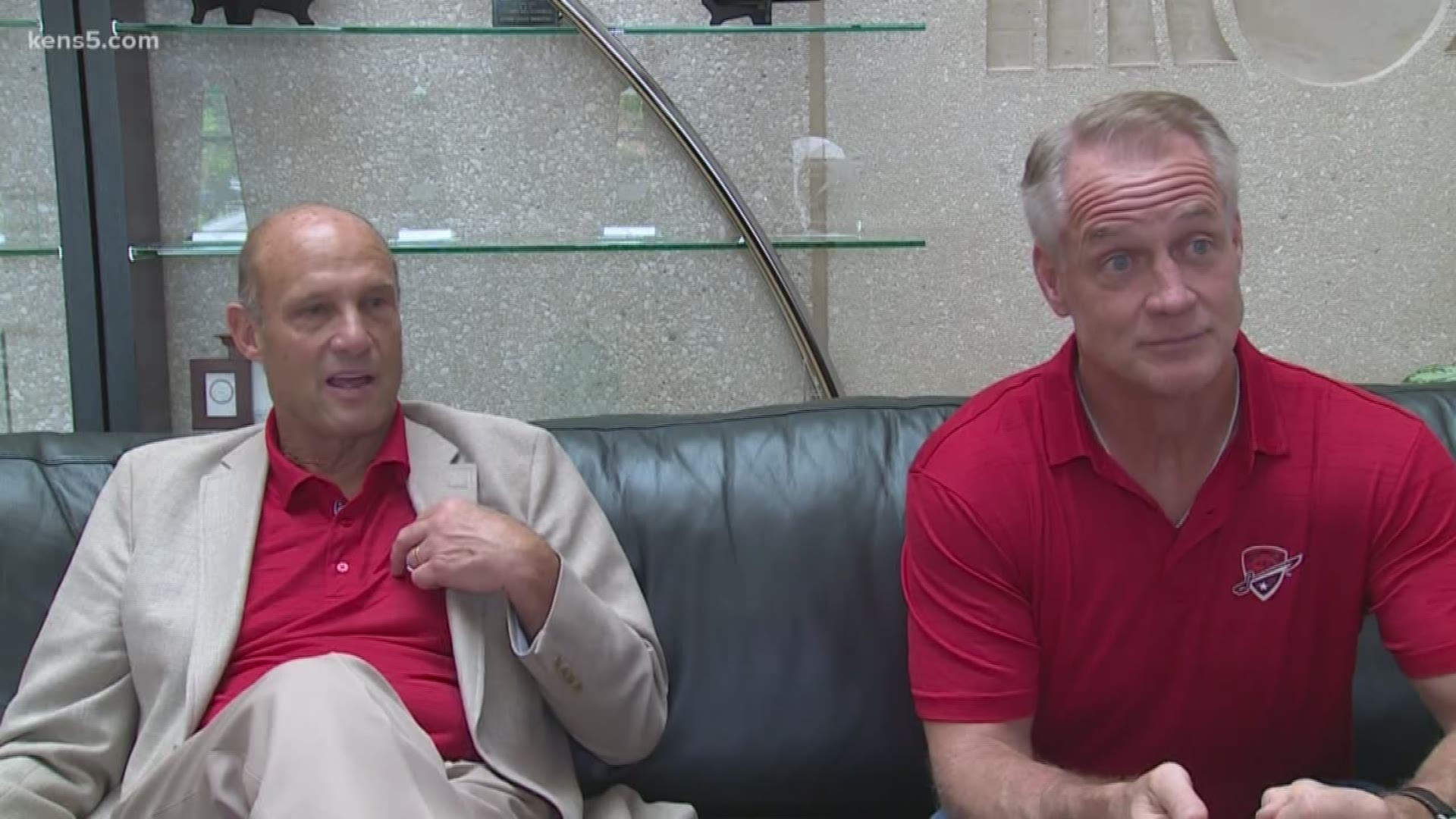 We have a name and logo for San Antonio’s team in the new Alliance of American Football, or AAF.

The San Antonio Commanders will begin play in the Alamodome in February, playing a ten-game schedule in the spring of 2019.

We had the general manager of the Commanders, Daryl “Moose” Johnston and the head coach, Mike Riley stop by the studio. They are excited to get things underway and think San Antonio will embrace its newest team.

In fact, we will get all 8 teams here for training camp in January.

According to head coach Mike Riley, it should be a fun style of football.

“You’re gonna see a variety of football,” head coach Mike Riley said. “I know it will be fast-paced because that is almost regulated. I mean the rules are going to make everybody have a fast pace of football. We want a shorter game, but all the action of a football game.”

“That’s the number one thing for us – let’s make sure we have good players,” Johnston said. “We play good football and it’s something that the fans are willing to come back and watch.”