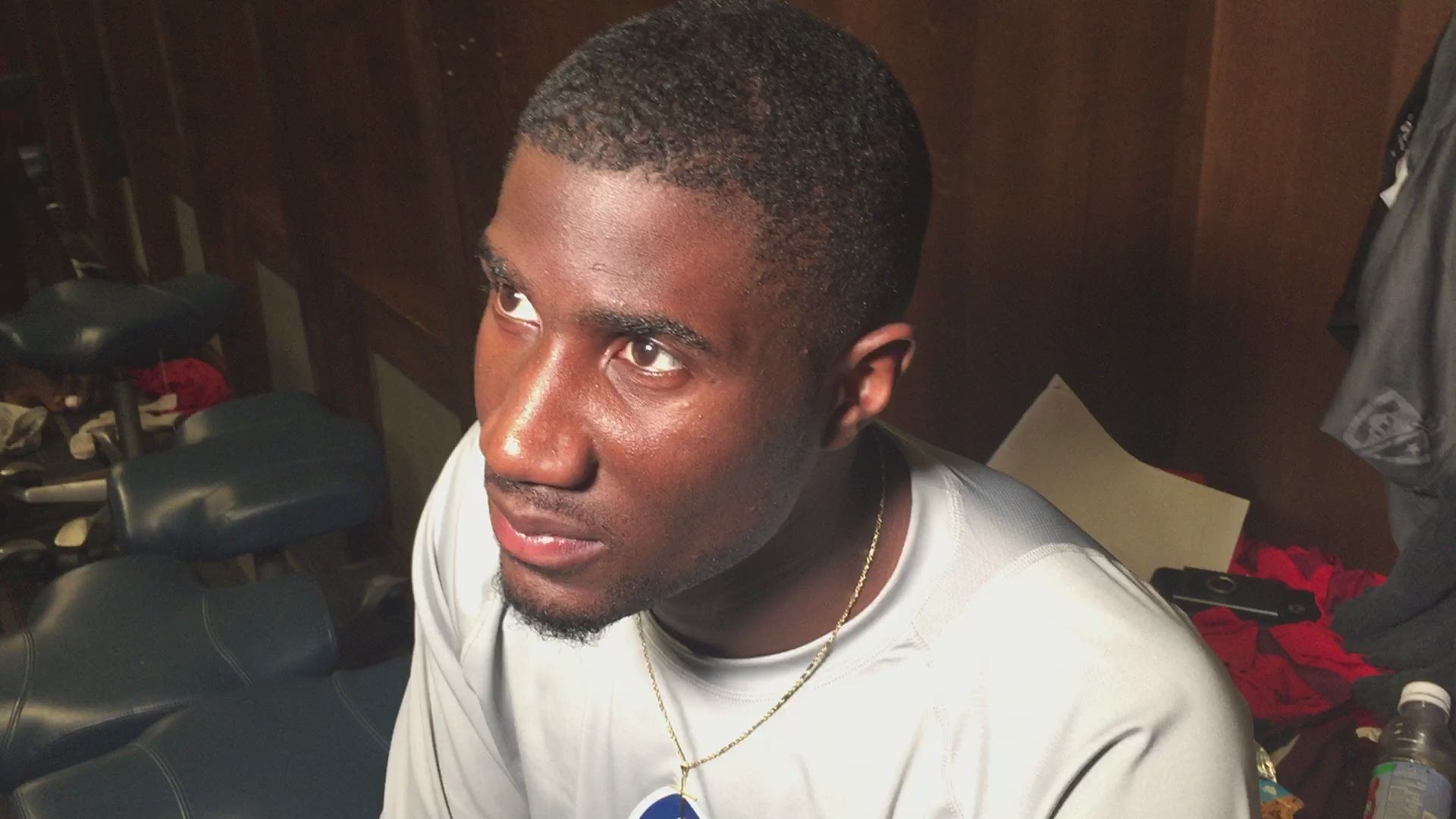 SAN ANTONIO — Spurs coach Gregg Popovich has said it time and again through the years: A team always learns more from a loss than a win.

Popovich would get no argument on that point from the Commanders, who led Orlando by two touchdowns in the third quarter before the Apollos rallied for a 37-29 victory Sunday before a crowd of 29,176 at the Alamodome.

Down 29-17 with 8:10 left in the third period, Orlando outscored San Antonio 20-0 the rest of the way to go to 2-0 in the Alliance of American Football’s inaugural season.

The Commanders (1-1) face the challenge of playing their next four games on the road, starting Sunday in San Diego. San Antonio beat the Fleet, a Western Division opponent,15-6 in their season opener.

The Commanders expressed confidence that they would learn from the loss to the Apollos and bounce back in San Diego.

“I think this game will give us a little more feel, bring us back to the drawing board to get in practice, get our hard hats on and get back to work,” said wide receiver Josh Stewart, who finished his college career at UTSA in 2017. “There are a lot of plays that I know myself, personally, that I left out there that I could have made and us, as a team, that we could have made. But we’re going to go out there and we’ll be better.”

Trailing by 12, Orlando scored on three consecutive offensive possessions to tie the game at 29. After field goals by Elliott Fry of 24 and 47 yards, Garrett Gilbert connected with Jalin Marshall to knot the score with 7:49 left. Gilbert’s pass to Charles Johnson on the two-point conversion was incomplete, leaving the score 29-29. 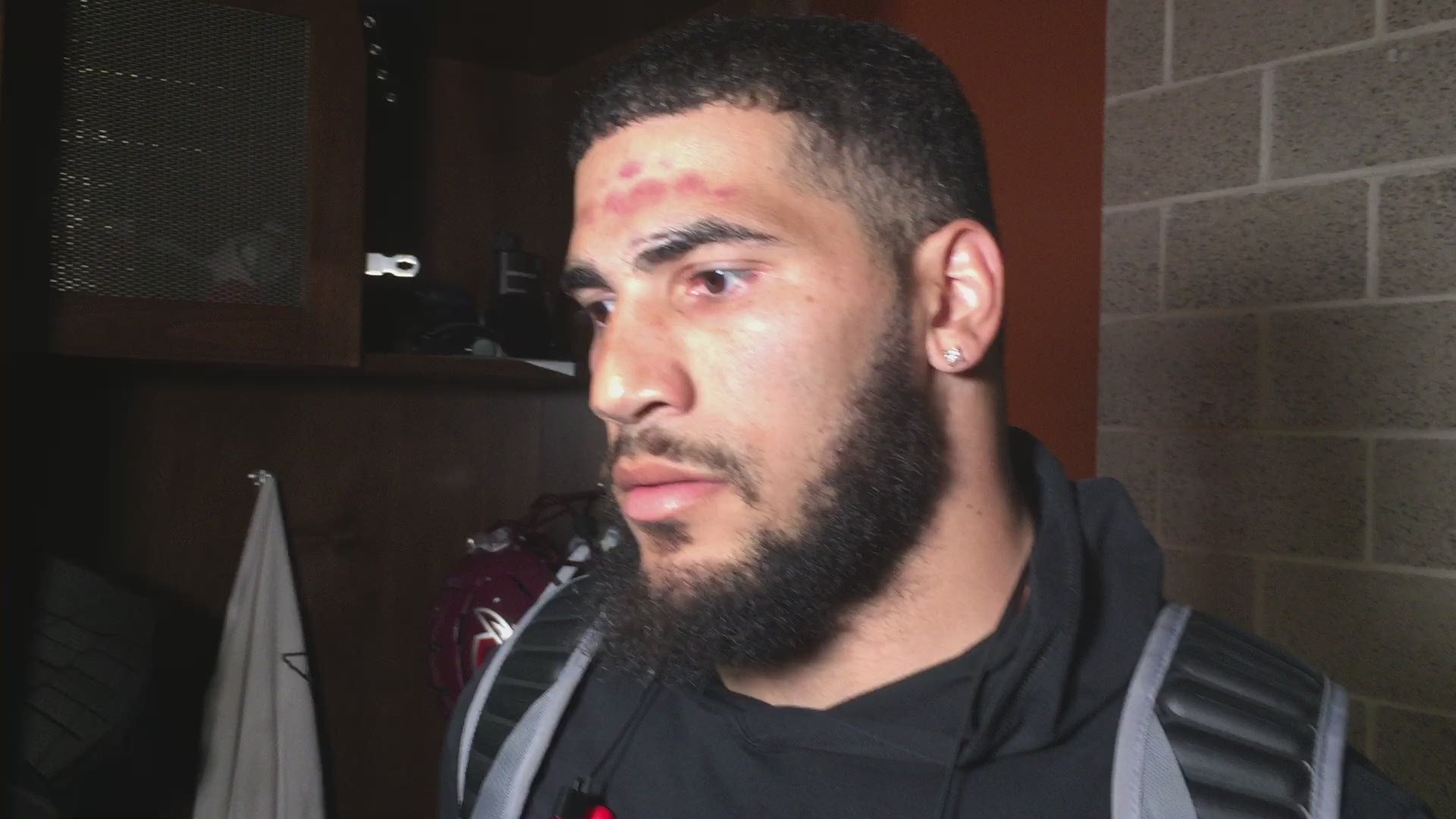 The Apollos’ onslaught continued on the ensuing possession when cornerback Keith Reiser intercepted a sideline pass by Logan Woodside and scored on a 38-yard return with 7:02 remaining. The pick-six by Reiser came on a second-and-6 play at the San Antonio 29, and came only 47 seconds after Orlando had tied the game.

“There were two turnover touchdowns in the game and ours was at a bad time and gave them the momentum to win the game after they had taken the lead,” Commanders coach Mike Riley said. “The yardage was close for both teams.”

Orlando outgained San Antonio 428-398 in total offense, finishing with 66 rushing and 362 passing. The Commanders rushed for 175 yards, getting 5.1 per carry, and had 223 yards passing.

The Commanders’ last points came on an 8-yard fumble return for a TD by tackle Joey Mbu and two-point conversion pass from Woodside to tight end Evan Rodriguez with 8:10 left in the third quarter.

San Antonio’s offense caught fire after Reiser’s go-ahead TD, moving from the Commanders’ 25 to the Apollos’ 4 before Woodside’s pass to Mekale McKay fell incomplete on the ninth play of the drive.

San Antonio had a first-and-goal at the 9, and running back Kenneth Farrow II gained five yards on first down. After Farrow was stopped for no gain on the next play, Woodside threw two incomplete passes.

The Apollos took over on downs with 2:59 remaining and ripped off three first downs, running out the clock as it reached the Commanders’ 42.

Orlando quarterback Garrett Gilbert was outstanding in the victory, completing 19 of 28 passes for 393 yards and two touchdowns. The Commanders sacked Gilbert four times, but he hung tough and continued pitching strikes.

“He wasn’t perfect today, but he was close,” Apollos coach Steve Spurrier said. “He throws a beautiful pass and receivers don’t drop his balls. We made some tough catches and that is because he throws a nice, catchable ball and when you protect and get some guys open then that is what we should do best.”

Spurrier was impressed with the support the Commanders received from their fans.

RELATED: Commanders may have lost on Sunday but the fans took home a 'W'

“This San Antonio crowd has to be the loudest in Alliance history right now,” Spurrier said. “I give the fans credit. They did a super job for the home team.”

Stewart was not surprised with the strong support.

“The crowd was electric,” he said. “They (Apollos) had a couple of delay-of-games (penalties) on third down due to the fans and stuff. They got really loud for us. San Antonio fans always show up. Back from my college days and even now, we definitely appreciate them."