San Antonio led 29-17 before Orlando made big plays on offense, defense down the stretch.

Credit: Photo by Antonio Morano (bit.ly/XR79FT) / Special to KENS5.com
Wide receiver De'Marcus Ayers makes a one-handed catch for a 29-yard gain that set up a Commanders TD in the first half against Orlando on Sunday.
Author: David Flores
Published: 2/17/2019 3:01:00 PM

SAN ANTONIO — Orlando's high-powered offense proved to be too much for the Commanders' defense Sunday, making enough big plays down the stretch as the Apollos' rallied for a 37-29 victory before a crowd of 29,176 at the Alamodome.

But for all of its offensive firepower, it was the defense that secured the win for Orlando, which scored the game's last 20 points and rallied from a 29-17 third-quarter deficit.

With the score tied at 29, San Antonio faced a second-and-6 at its 29 when cornerback Keith Reaser picked off a Logan Woodside sideline pass to Mekale McKay and raced to the end zone for a 38-yard TD.

Garrett Gilbert passed to Rannell Hall on the two-point conversion attempt, putting the Apollos ahead 37-29 with 7:11 left.

Reaser's pick-6 came 44 seconds after Gilbert threw a 23-yard TD pass to Jalin Marshall to tie the game at 29. Gilbert's pass to Charles Johnson on the two-point conversion was incomplete.

"The pick-6 pretty much turned the tide of the game," Orlando coach Steve Spurrier said.

"There were two turnover touchdowns in the game and ours was at a bad time and gave them the momentum to win the game after they had taken the lead. The yardage was close for both teams. We had a couple of chances in the red zone and we needed points.

"Proud of the football out there and how our kids fought. They (Apollos) made the big plays to get back in it."

Reaser's TD and the subsequent two-point conversion completed the 20-0 run by the Apollos, who trailed by two TDs with 8:17 left in the third quarter.

The Apollos improved to 2-0 and the Commanders slipped to 1-1 in the second week of the Alliance of American Football's inaugural season.

Credit: Photo by Antonio Morano (bit.ly/XR79FT) / Special to KENS5.com
Running back Kenneth Farrow II scored the Commanders' first touchdown on a 15-yard run in Sunday's game against the Orlando Apollos at the Alamodome.

San Antonio will play its next four games on the road, starting with a West Division game against the San Diego Fleet next Sunday. The Commanders beat the Fleet 15-6 in their first game last week.

"I love these guys," Commanders outside linebacker Austin Larkin said. "We're going to keep fighting and be back better next week . . . We try to make a one-week focus. I don't think I'm too worried about it. I know the level of preparation that all my teammates will put in will be above and beyond."

Orlando had only four yards of offense in the first quarter and didn't make a first down until the first snap of the second period, but the Apollos wound up outgaining the Commanders 428-398.

Gilbert, a former Lake Travis High School standout who starred at SMU after transferring from Texas, completed 19 of 28 passes for 393 yards and two TDs. He was sacked four times but did not have a pass intercepted.

Larkin was asked if the Apollos simply flipped on the power to their offense after their dismal first quarter.

"I don't know if it was necessarily a switch or anything," Larkin said. "That's the game of football. You've got to be able to roll with the punches. At any moment, they can get a big play. It was rolling in our favor in the beginning, but the ball just didn't bounce our way toward the end. We've got to be better and we will be better." 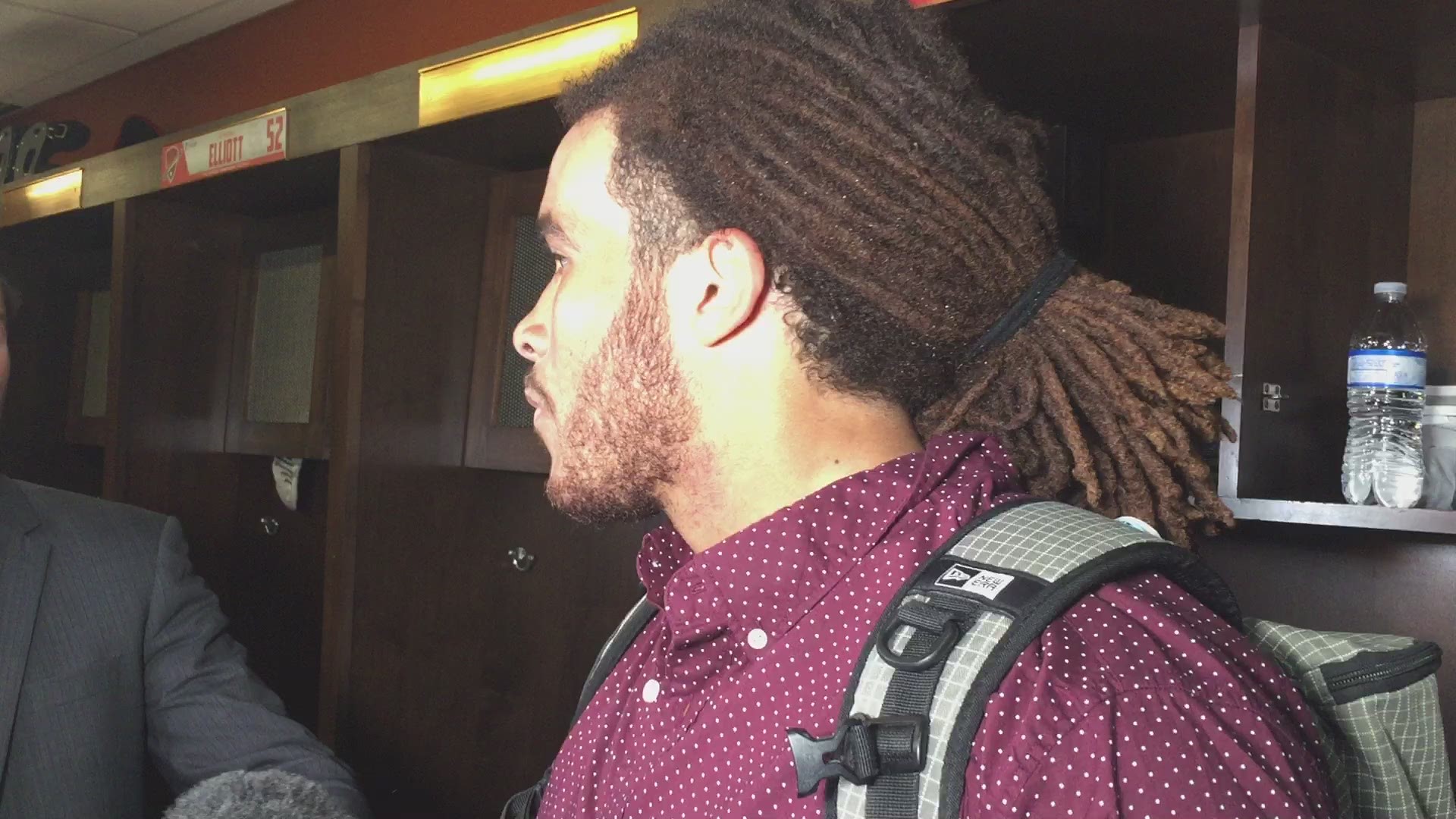 Disaster struck the Apollos on their next possession when Gilbert, facing a second-and-16 at the Orlando 19, was sacked by Jayrone Elliott and lost the ball at the 9. Tackle Joey Mbu picked up the ball at the 8 and returned it for a TD with 8:17 left in the third period.

Kenneth Farrow II reached the end zone on the two-point conversion to give the Commanders a 29-17 lead. But that's the last time San Antonio would score.

Elliott Fry kicked a 24-yard field goal with 3:16 left in the third quarter and a 47-yarder one minute into the fourth, cutting Orlando's deficit to 29-23.

Rose kicked a 38-yard field goal on the last play of the second quarter to put the Commanders ahead 18-17 at the break. Rose's score capped a 13-play, 55-yard drive that began after an Orlando punt.

San Antonio had a first-and-goal at the 9 after a 14-yard completion from Woodside to Farrow, but a holding penalty moved the Commanders back to the 19. San Antonio gained only nine yards in the next three plays.

The Apollos had gone ahead 17-15 on a 21-yard TD pass from Gilbert to Johnson on the first play after the two-minute warning. Gilbert's pass to Marshall on the two-point conversion attempt was incomplete. Gilbert's scoring strike capped a seven-play, 77-yard march. 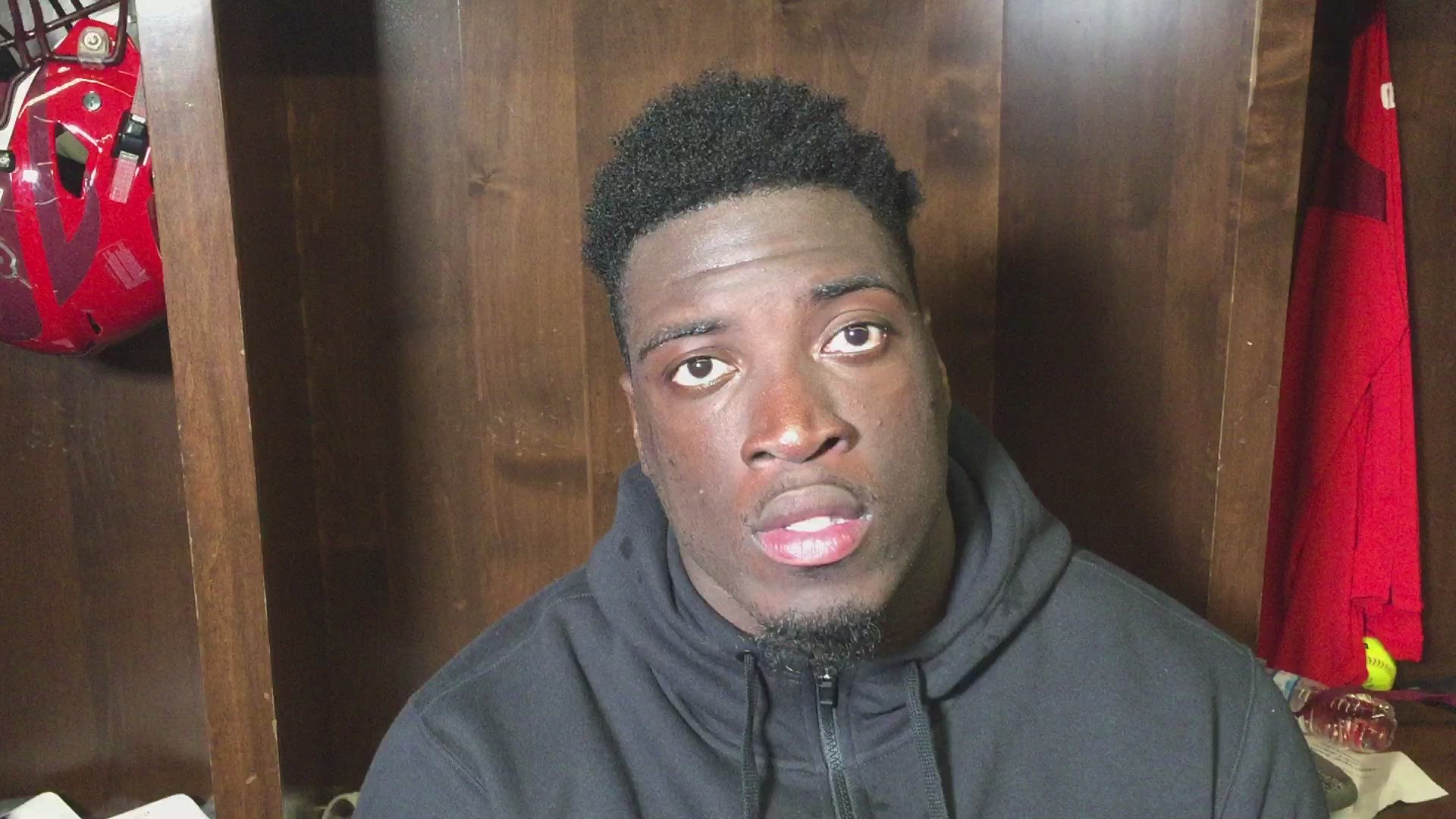 San Antonio scored touchdowns on its first two possession to take a 12-0 lead after one quarter. The first TD came on a 15-yard run by Farrow that culminated a 10-play, 59-yard drive. Running back David Cobb was stopped on the two-point conversion attempt.

The Commanders went ahead 12-0 on a 1-yard pass from Woodside to tight end Evan Rodriguez. The two-point conversion attempt failed when Farrow fumbled before he crossed the plane of the goal line.

Orlando scored its only TD of the half on a 1-yard run by De'Veon Smith with 12:56 left in the second quarter. Smith ran for the two-point conversion to cut San Antonio's lead to 12-8. Rose's 50-yard field goal on the ensuing possession put the Commanders back up by seven.

Farrow expressed confidence that the Commanders will bounce back next week.

"We're good," he said. "I think we're solid. "Like I said, mistakes, shooting ourselves in the foot a couple of times. (We were) stuck on 29 the majority of the second half. Just clean up some of that stuff and we're good. We're fine."

The Commanders finished with 175 yards rushing and 223 passing. Whiteside completed 20 of 39 passes for 223 yards and one TD. He also had the interception that was returned for a score. Farrow led the running game with 74 yards on 13 carries.

There was a scary moment late in the first half when Orlando defensive end Ryan Davis collided with teammate Earl Okine as they rushed Woodside on a passing play. Okine got to his feet after the play, but Davis was taken off the field on a stretcher with an apparent injury to the head and neck area.

Spurrier said after the game that the injury wasn't as severe as originally thought.