Game in San Diego is the first of four straight on the road for San Antonio, which beat the Fleet 15-6 in their season opener on Feb. 9. 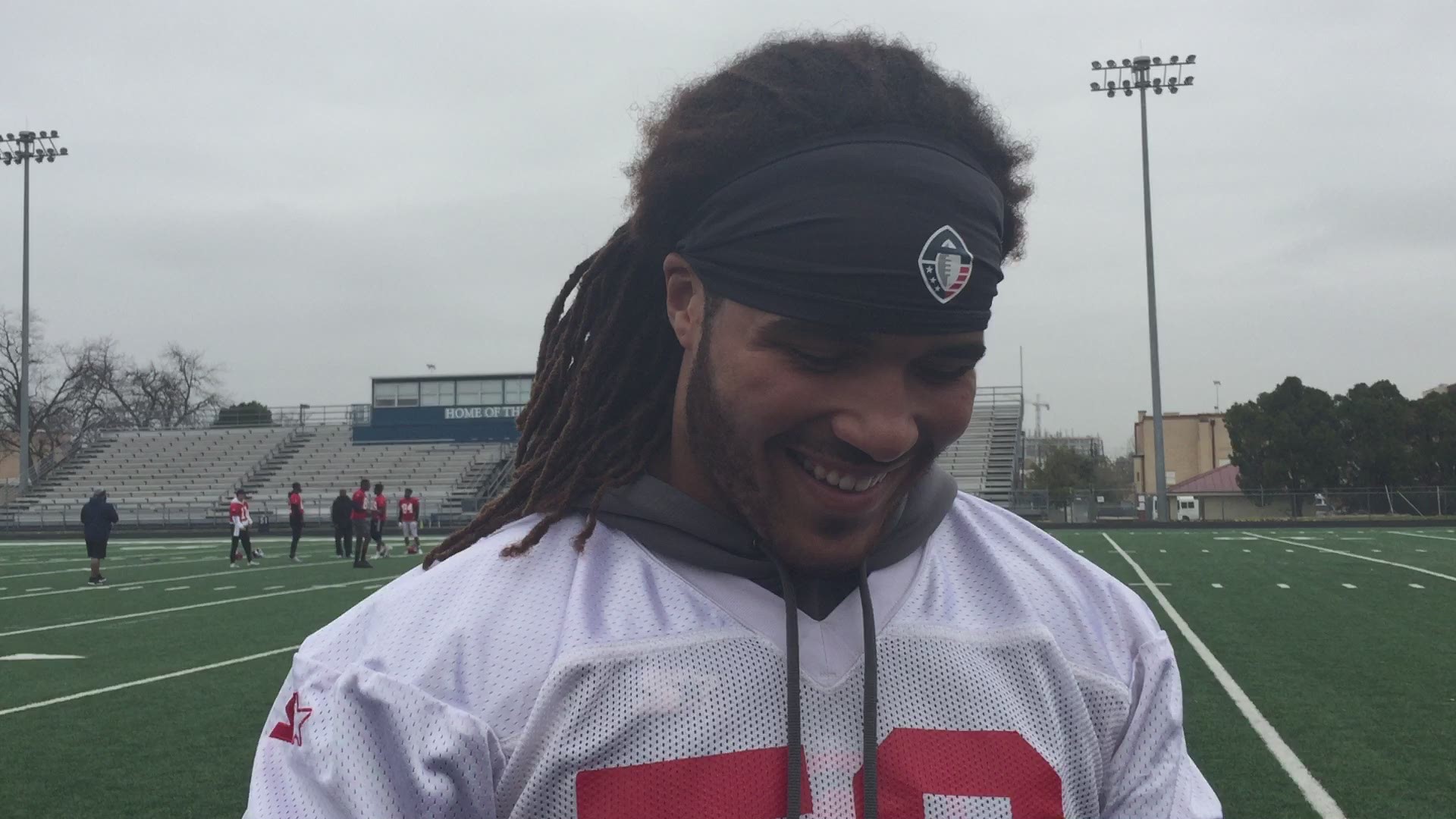 Notable: San Antonio had six sacks and three interceptions in its 15-6 win over San Diego in the season opener for both teams on Feb. 9 at the Alamodome. . . After Sunday's game, the Commanders play at Birmingham next Sunday, at Arizona on March 10 and at Atlanta on March 17. The Commanders won't play another home game until Saturday, March 23, when they face the Salt Lake Stallions...The Commanders and the Fleet are two of eight teams in the AAF. San Antonio competes in the Western Conference with Arizona, Salt Lake and San Diego . . . Each AAF team will play a 10-game regular season. The top two teams in the Eastern and Western conferences will advance to the playoffs, with the championship game scheduled for Sunday, April 28, in Las Vegas.

The Alliance of American Football is only three weeks into its inaugural season, but the Commanders and San Diego Fleet already have a fairly thorough scouting report on each other.

San Antonio beat San Diego 15-6 in the season opener for both teams on Feb. 9 at the Alamodome, keeping the Fleet’s offense out of the end zone with six sacks and three interceptions.

“We’ve got film on it,” Commanders quarterback Logan Woodside said. “We’ve played them once, so we know them, they know us. We’ve just got to come up with a game plan and execute it.”

The West Division foes, both 1-1, meet again Sunday in San Diego. The game will be the first of four consecutive road games for the Commanders, who won’t play at the Alamodome again until they meet the Salt Lake Stallions on March 23.

“The road is obviously a bit more challenging,” outside linebacker Austin Larkin said. “Being at home, you’re comfortable here. But I think we’re up to the challenge and I think we’ll be ready.”

San Antonio’s first game outside the friendly confines of the Alamodome could be one of the more interesting matchups of the AAF season so far.

“You obviously have more knowledge of your opponent, and at the same time you can’t rest on anything because there are going to be some curveballs now,” San Antonio coach Mike Riley said of the rematch with the Fleet. “That’s what happens. I coached in the Canadian (Football) League for a long time and we often times play at least twice against other teams, and sometimes three times, and sometimes five times. We played Toronto one year five times.

“So, it becomes a real, kind of as much as it is physical, mental game about who’s going to win the next one. It’s always interesting.”

Credit: Photo by Antonio Morano (bit.ly/XR79FT) / Special to KENS5.com
Commanders safety Orion Stewart intercepts a pass he returned for 68 yards in the 15-6 victory over the San Diego Fleet on Feb. 9 at the Alamodome.

Larkin has no illusions about the fight the Commanders are in for Sunday.

“The saying is that it’s hardest to beat a team twice in one year, so obviously it’s going to be a challenge,” he said. “They know what we do. We know what they like to do. We got a little taste of one other the first week. Just hoping that we can improve on our game plan from previously and come out and beat them again.”

The Commanders are coming off a 37-29 loss to Orlando, and the Fleet evened its record last week with a 24-12 victory over Atlanta in San Diego.

“They look good,” Riley said of San Diego. “They made a change at quarterback and they’re making a concerted effort to run the football. They did a good job of (running) to win the game, really. They have a defense that we had a hard time scoring against. They have given up very few points this year.”

San Antonio outgained the Fleet 364-295 in total offense in their first meeting, finishing with 125 yards rushing and 239 passing. Commanders quarterback Logan Woodside completed 18 of 36 yards for 255 yards, but was picked off twice, with the second interception coming in the San Diego end zone.

“We are, in general, failing in the red zone,” Riley said. “We have not scored as much. We’ve scored twice early and we’ve have had probably as good a yardage total as most teams in the league, but we have to do better in the red zone.”

Credit: Photo by Antonio Morano (bit.ly/XR79FT) / Special to KENS5.com
Commanders running back Kenneth Farrow II scored the first touchdown in team history on a 3-yard run against the San Diego Fleet on Feb. 9.

San Antonio got its points against San Diego on three field goals by Nick Rose and a three-yard TD run by Kenneth Farrow II.

“It’ll be a big challenge for us,” Woodside said of the rematch. “Really good on defense, good on offense, got a great head coach in Coach Martz. First game on the road. We’ve just got to be locked in.”

Asked about the strength of the Fleet’s defense, Woodside said: “They just have a real solid defense overall. They mix in a lot of coverages, have a real good defensive line. It’ll be a good test for us.”

Woodside expressed confidence that the Commanders are on the right track, although they lost last week after leading 29-17 in the third quarter.

“I think we’re just continuing to get better,” he said. “We haven’t been together very long. Some teams in the NFL have guys that have been together years at a time. We’ve only been together a couple of months, so we’ve made huge strides since the beginning of minicamp and training camp. Just got to continue to get better each day.”