UTSA has secured its best season since 2013. 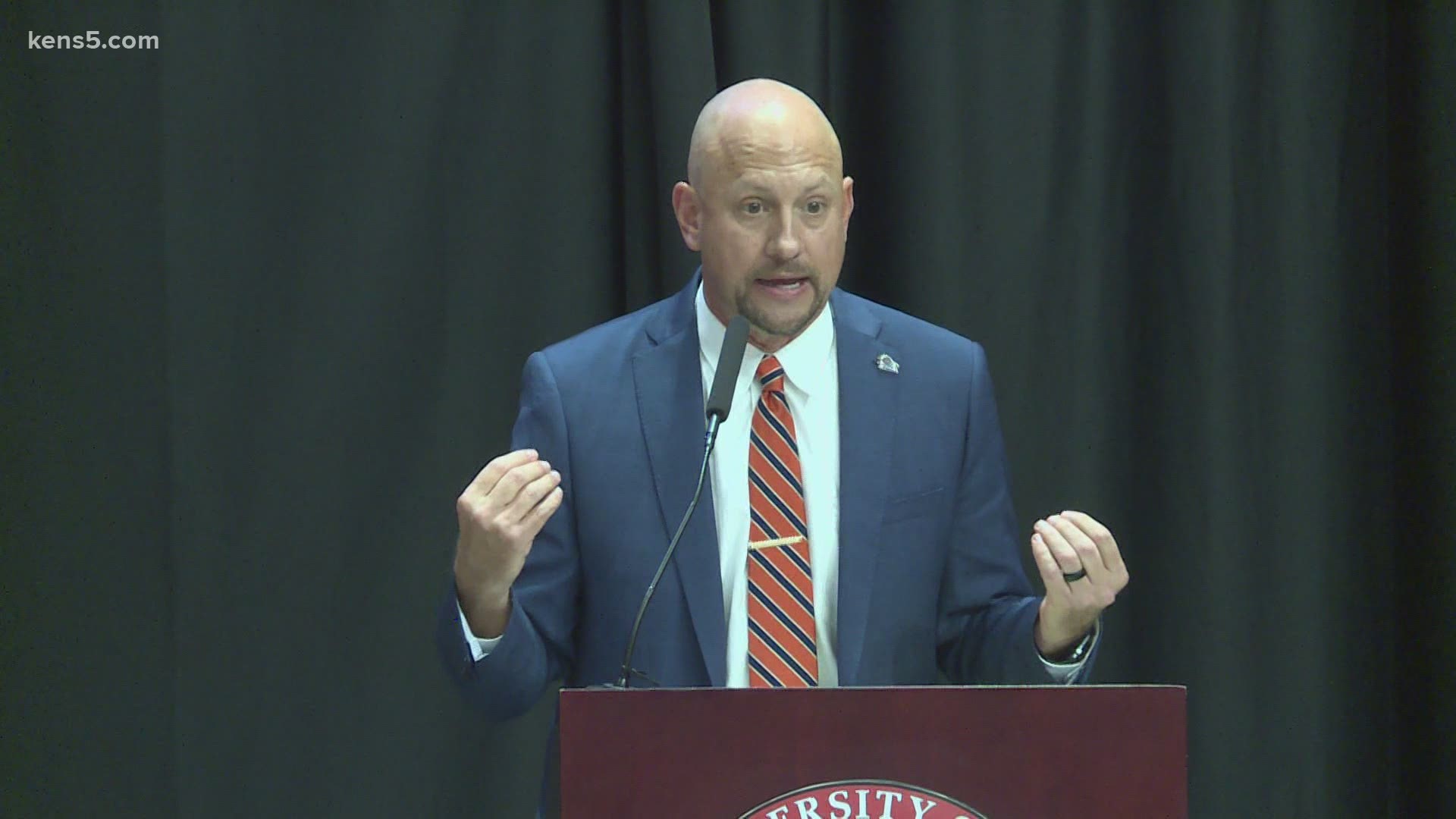 SAN ANTONIO — UTSA broke school records for total offense and rushing yards in a game as part of a 49-17 victory over North Texas in Conference USA action on Saturday afternoon at the Alamodome.

The Roadrunners tallied 624 yards of offense and rode a ground game that churned out a school-record 443 yards to run their record to 7-4 overall and 5-2 in league play with the victory, which closed out a program-best 5-1 home slate this season. UTSA eclipsed the previous program standard for yards in a game of 600 set just two weeks against UTEP and also shattered the rushing yardage mark of 357 posted against Texas State in 2017. 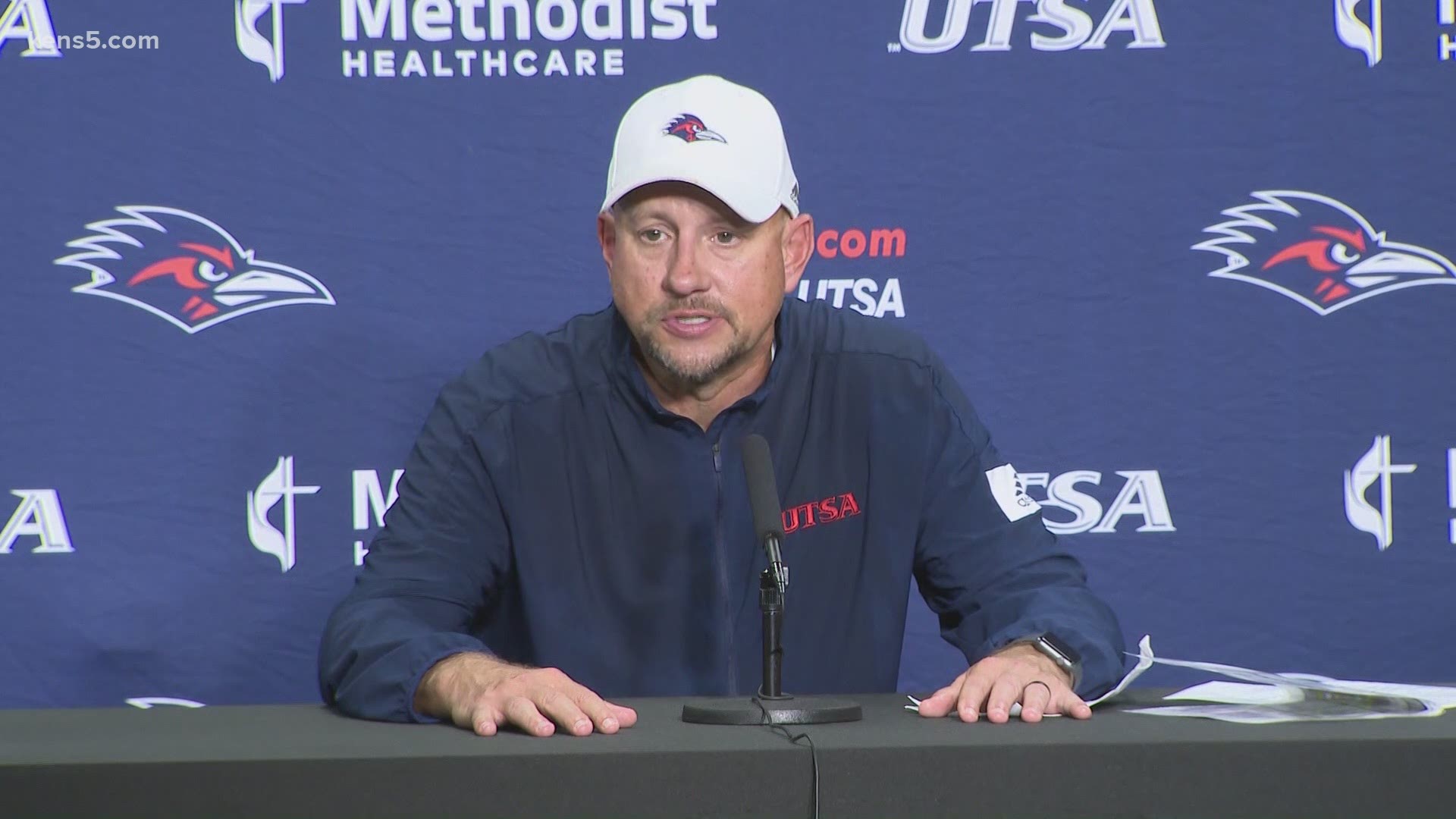 Sincere McCormick led the rushing attack with 251 yards and a pair of touchdowns on 23 carries, bettering his own UTSA single-game rushing yardage record of 197 set in the season-opening win over Texas State. The sophomore running back averaged 10.9 yards per attempt in turning in his ninth career 100-yard game — also a school record — and moved into sole possession of the program’s single-season rushing TDs mark with 11. He now leads the FBS with a school-record 1,345 rushing yards and with 2,328 career rushing yards, he has inched closer to Jarveon Williams’ UTSA record of 2,393 yards.

Meanwhile, Frank Harris completed 19 of 24 passes for 144 yards and two TDs and the junior quarterback also registered his third career 100-yard rushing game with 113 yards and a score on six totes. It marked the first time two Roadrunners topped the century mark on the ground in the same game since McCormick and Lowell Narcisse against UTEP in 2019.

The UTSA defense held the high-powered Mean Green offense to 17 points in snapping a three-game losing skid to North Texas, which fell to 3-4 and 2-3.

The Roadrunners got on the board first when Harris scored on a quarterback keeper for 19 yards up the middle to pay dirt with 2:38 left in the opening period.

UTSA took a 14-0 lead early in the second stanza after Harris found Joshua Cephus on an 8-yard TD pass.

The Mean Green answered that touchdown pass with one of their own, a 75-yard catch-and-run from Jason Bean to Jaelon Darden, who had eight receptions for 143 yards. The extra point cut the UTSA lead in half, 14-7, with 10:57 left until halftime.

The back-and-forth action continued as McCormick broke free for a 65-yard TD run on the second play of the Roadrunners’ ensuing possession to put the home side back up by two scores.

Clarence Hicks picked off the first pass of his UTSA career near midfield, which led to another touchdown later in the second stanza. Harris hooked up with De’Corian Clark on a fade route in the back corner of the end zone for a 15-yard scoring connection to help put the Roadrunners up 28-7.

North Texas cut into the UTSA lead with a 23-yard field goal by Ethan Mooney midway through the third quarter, but the Roadrunners responded quickly, as Harris got loose for a 71-yard scamper that set up Brenden Brady’s 4-yard TD jaunt. Hunter Duplessis’ extra point made it 35-10 with 4:55 left in the third.

UTSA tacked on two more touchdowns in the final frame on an 18-yard dash by McCormick and a 9-yard run by B.J. Daniels.

North Texas found the end zone late on an 8-yard TD pass from Bean to Jason Pirtle to make it 49-17.

Roadrunners secure best season since 2013 with beatdown of UNT