Yes, fans banned from arenas can face criminal charges if they return

Several fans at NBA playoff games were banned from arenas for unruly behavior, ranging from throwing a water bottle to dumping popcorn on a player. 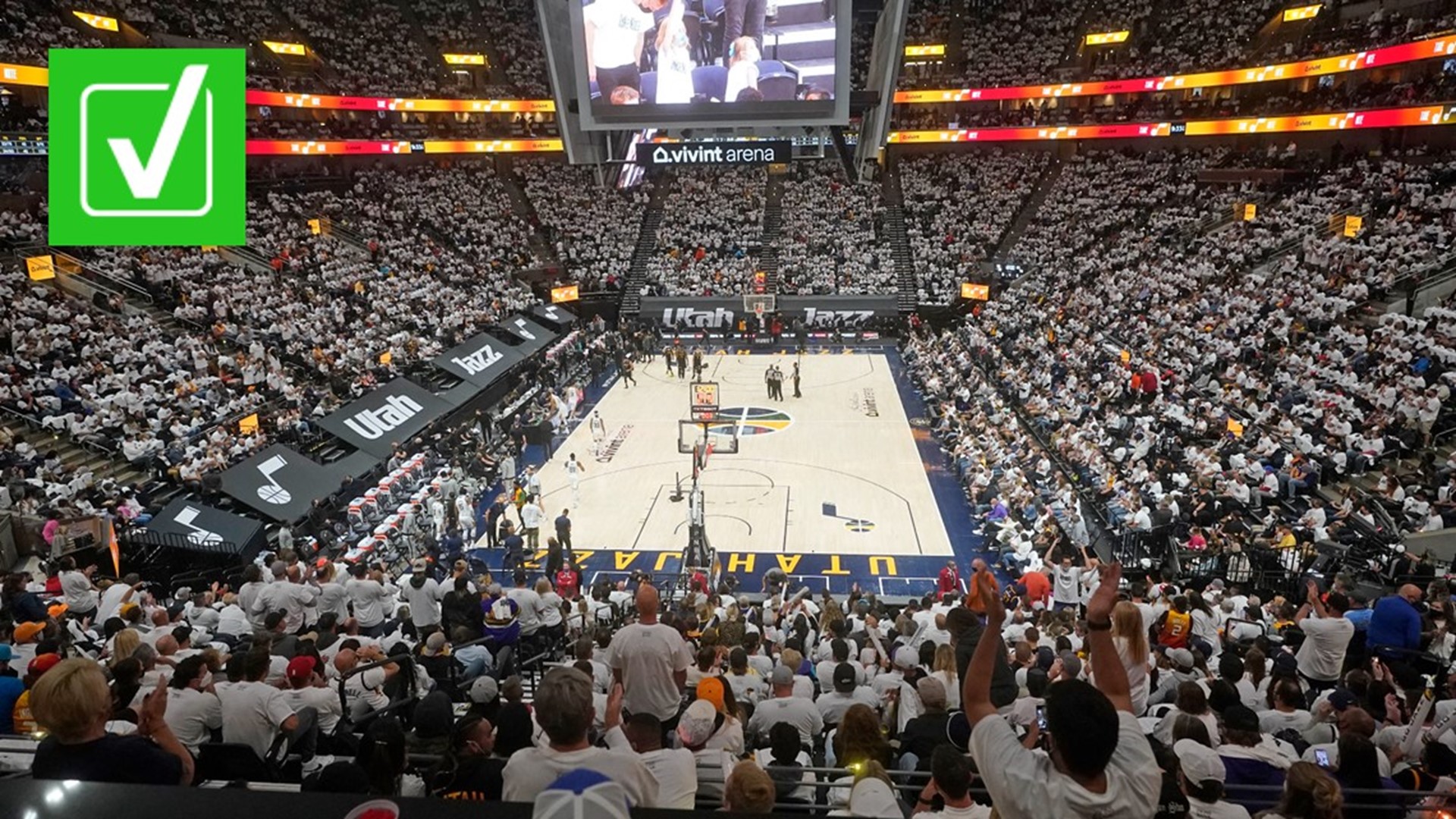 After nearly a year of only being able to watch sports on television, fans have recently been allowed to return, mostly in a limited capacity. Sporting events have had some of the largest gatherings since the COVID-19 pandemic began.

But with the return of larger crowds has come misbehavior. During a soccer match in Denver on June 6 between the U.S. Men’s National Team and the Mexican National Team, fans threw beverage containers onto the field, several hitting players on both teams.

There’s also been unruly fan behavior during several NBA playoff games, which has led to fans being banned from arenas. As fans have been banned, people have asked how those bans are enforced.

Can a fan banned from an arena face criminal charges if they return?

Yes, a fan banned from an arena can face criminal charges if they are caught returning to that arena.

There were three instances at NBA playoff games on May 26 that resulted in fans being banned.

In one case, a fan in Philadelphia poured popcorn on the head of Wizards guard Russell Westbrook as he was heading into the locker room after suffering an injury. The Philadelphia 76ers released a statement saying the fan would have his season ticket membership revoked and that he would be banned from all events at the arena indefinitely. In New York, the Knicks said a fan spit on Atlanta Hawks guard Trae Young. That person was indefinitely banned from Madison Square Garden, where the Knicks play. Fans in Utah were also banned indefinitely after verbally harassing the family of Memphis Grizzlies guard Ja Morant.

In the following days, two more incidents led to fans being banned. On May 30, a fan in Boston threw a water bottle onto the court that nearly hit Brooklyn Nets guard Kyrie Irving. On May 31, a fan in Washington, D.C., ran onto the court before being apprehended by arena police.

The practice of banning fans for inappropriate behavior isn’t new. It’s been going on for years. It can be done by teams or venue operators, according to Steve Adelman, head of Adelman Law Group and vice president of Event Safety Alliance, an international trade association focused on safety and security at live events.

“So, whoever issued the ban can say you are not allowed at our events,” Adelman said. “So, let's consider the possibilities. If it's the New York Knickerbockers basketball club, then [the fan] can't attend any more Knicks games, but they could go to a Billy Joel concert held at Madison Square Garden. If it is, however, MSG, which is the operating entity for Madison Square Garden, then no, they can't see Billy Joel either. And they can't see anything else.”

He said when people buy tickets to an event, they agree to a certain code of conduct.

Adelman said the code of conduct for attendees at live events can often be found on a team’s website or posted at the venue. He said once a person violates the code of conduct, they are no longer considered a business invitee, but instead a trespasser.

“So, now we can apply this to the egregious misconduct that we, unfortunately, have seen in a series of NBA playoff games recently,” Adelman said. “And it doesn't particularly matter whether it's popcorn or bottles or spitting or name-calling. All of those are violations of various teams’ and venues’ codes of conduct; the rules of behavior, the conditions upon which every invitation is made.”

Not only can fans be banned by teams or venue operators, but they can face criminal charges depending on their actions, according to Michael McCann, director of the Sports and Entertainment Law Institute at the University of New Hampshire.

But once a fan is banned, how is that ban enforced? After all, it’s not difficult for a fan to get their hands on a ticket. Someone else could simply buy the ticket, or the fan could purchase a ticket from one of many secondhand marketplaces. Plus, some of these events have tens of thousands of attendees.

There are techniques teams or venues could use to make sure a banned fan does not return, McCann said. Teams or venues could track credit cards. He also said facial recognition software is an option, although pointed out that there could be privacy concerns and that fans’ appearances can change.

Adelman said there are security command centers at live events where people keep tabs on video monitors that show who is entering the venue and what’s happening throughout the arena.

“They know who is no longer allowed to come onto the property. And so, if they see someone whose facial features match, either what they visibly recognize or if they have facial recognition software, which many of them do now, it’s pretty easy to pick somebody out and then radio to whoever is standing at the point of ingress,” he explained. “Hey, that guy, his ticket has been revoked. I don't care whose ticket he's trying to use. He's not allowed in the building. That technology exists, and it's quite good. And it's not that hard for security professionals with good training to use.”

If someone banned from an event or an arena were to return and were caught, they could face criminal charges.

“Because they’re a trespasser,” Adelman said. “Trespassing is a crime.”

More from VERIFY: No, bets on Medina Spirit will not change if Kentucky Derby winner is disqualified

VERIFY
Our journalists work to separate fact from fiction so that you can understand what is true and false online. Please consider subscribing to our daily newsletter, text alerts and our YouTube channel.  You can also follow us on Snapchat, Twitter, Instagram or Facebook.