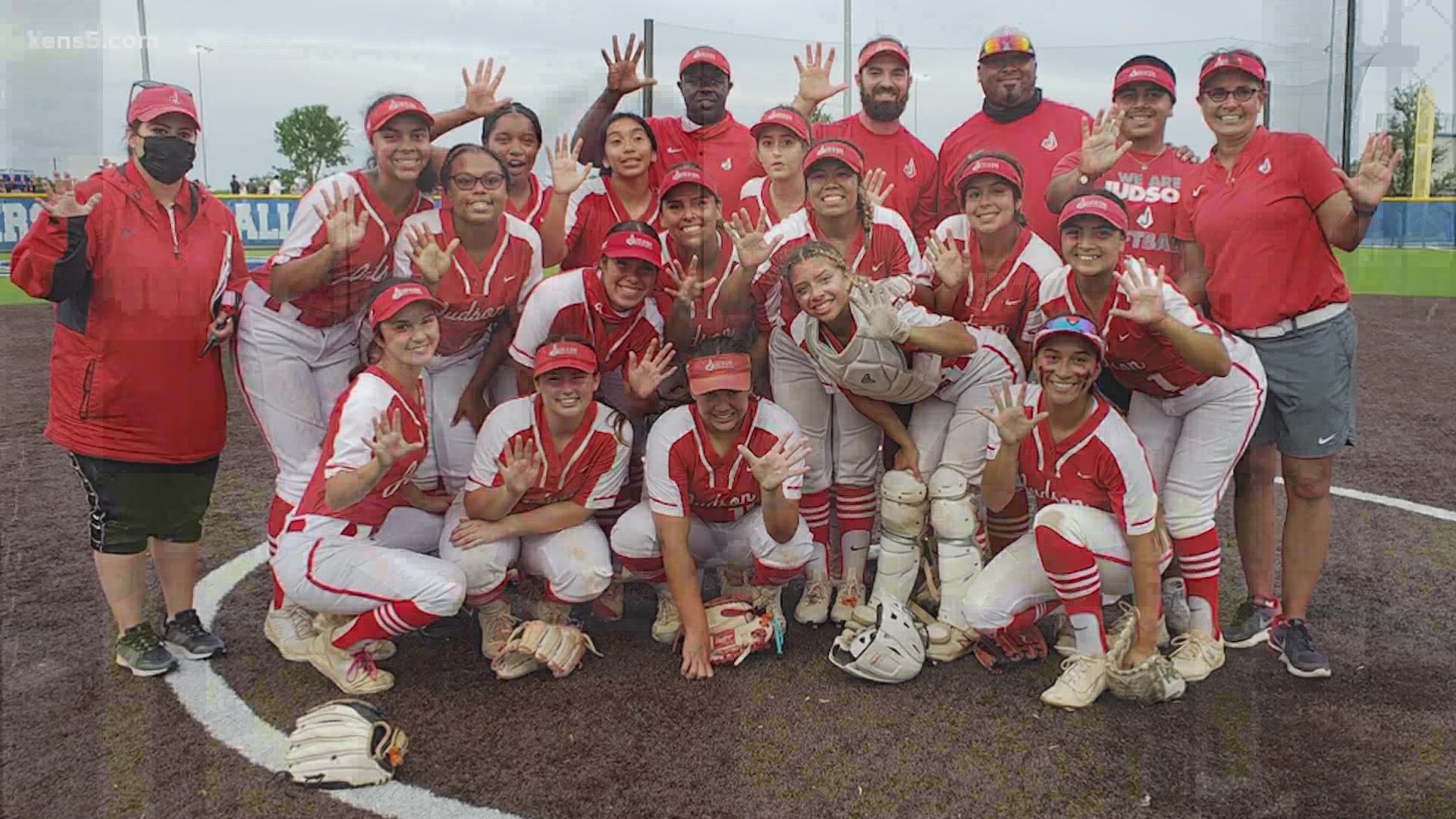 SAN ANTONIO — Judson Rockets softball was intent on winning last weekend, but they didn't count on how they'd be forced to do it.

"You think about it and you try to get yourself mentally prepared," said Head Coach Theresa Urbanovsky. "And then when you're in it, you're like, oh my gosh this is really what it's like."

The Rockets were down 0-1 in their best of three regional semifinal playoff series after the O'Connor Panthers took the opening game last Friday night. The Rockets were gonna have to sweep the day advance on, and with weather in the forecast, early Saturday afternoon got strange in a hurry.

The two teams only completed part of game two of the series, the first game on Saturday, before heavy rain drenched the Judson campus and forced the coaches to find another venue. And they did, albeit quite the drive. Somerset Junior High was then the stage for the remainder of the series.

The Rockets eventually took the win 12-11 before cruising 12-0 in the finale to win the series two games to one to advance on. After all that chaos, the Rockets would enjoy your everyday normal playoff series.

"I would love a series of normalcy, but it is never normal, so we have to be prepared for the unknowns," said Urbanovsky.

"Finally we can actually have some sun," laughed star outfielder Keely Williams.

Credit: Joe Perez
Despite chaotic weather conditions, and having to win twice on Saturday, the Judson Rockets got past O'Connor to win their best of three regional semifinal playoff series.

The opponent for the Regional Championship is Austin Bowie, a team that didn't win their district, but is on a hot streak right now.

"With any team if they are competitive, we'll try to be just as competitive," said Williams.

"It really just starts with our practice," said infielder Lauryn Ramos. "Go hard, try to work as hard as we can, and make sure that this is not our last time out here."

The series will play Thursday, Friday and Saturday. Game one will be contested at New Braunfels Canyon High School with games two, and three if necessary, at Buda Johnson High School.