Defending champion Madison is tabbed for a runner-up finish in the NEISD-dominated league. 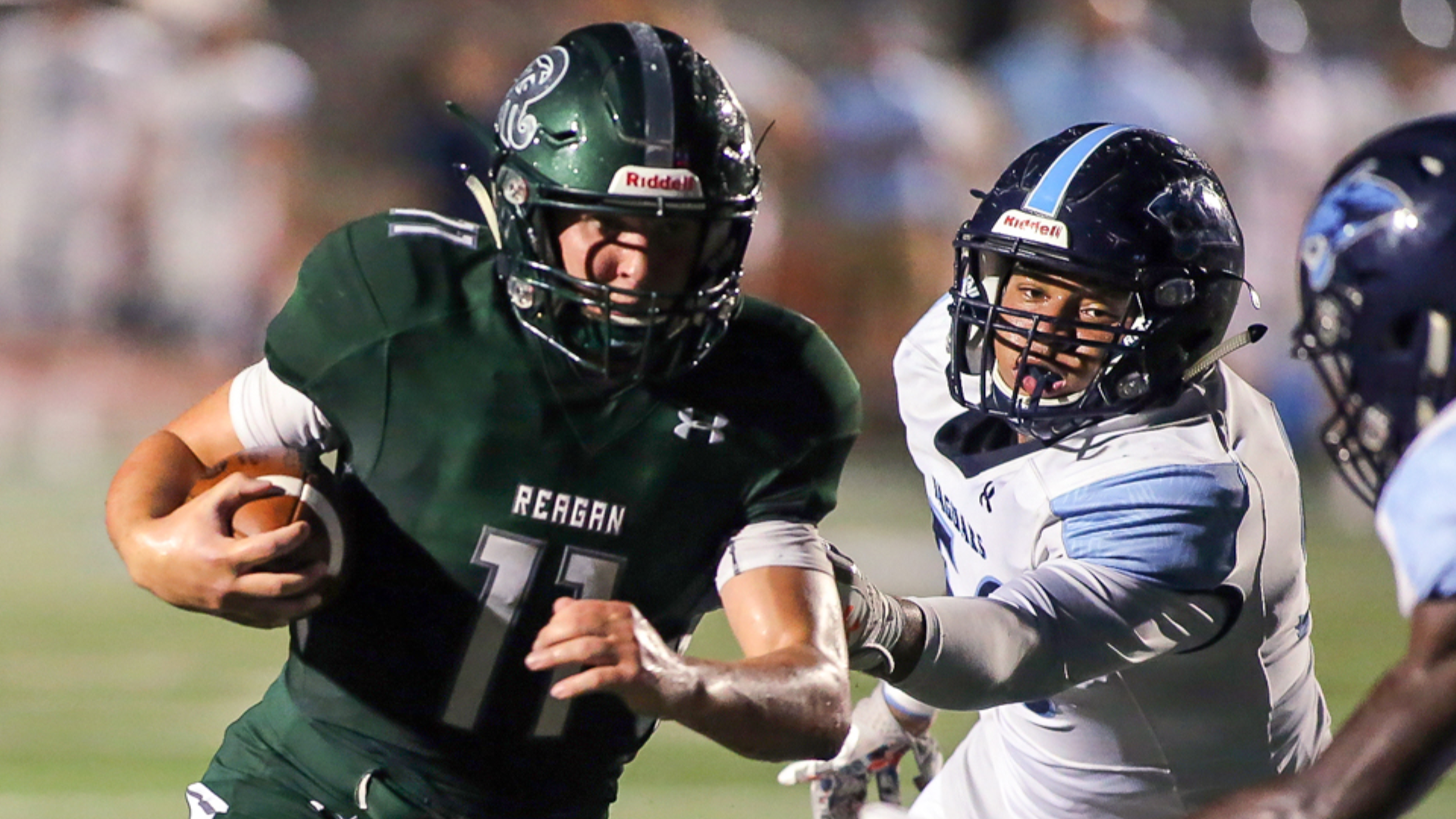 3. Johnson (3,083): Coach Ron Rittimann will have the Jaguars in the thick of the title race – as usual.

5. Churchill (2,930): Chargers will be ready to nab playoff berth if Roosevelt stumbles.

Here is a breakdown of each team in District 27-6A: 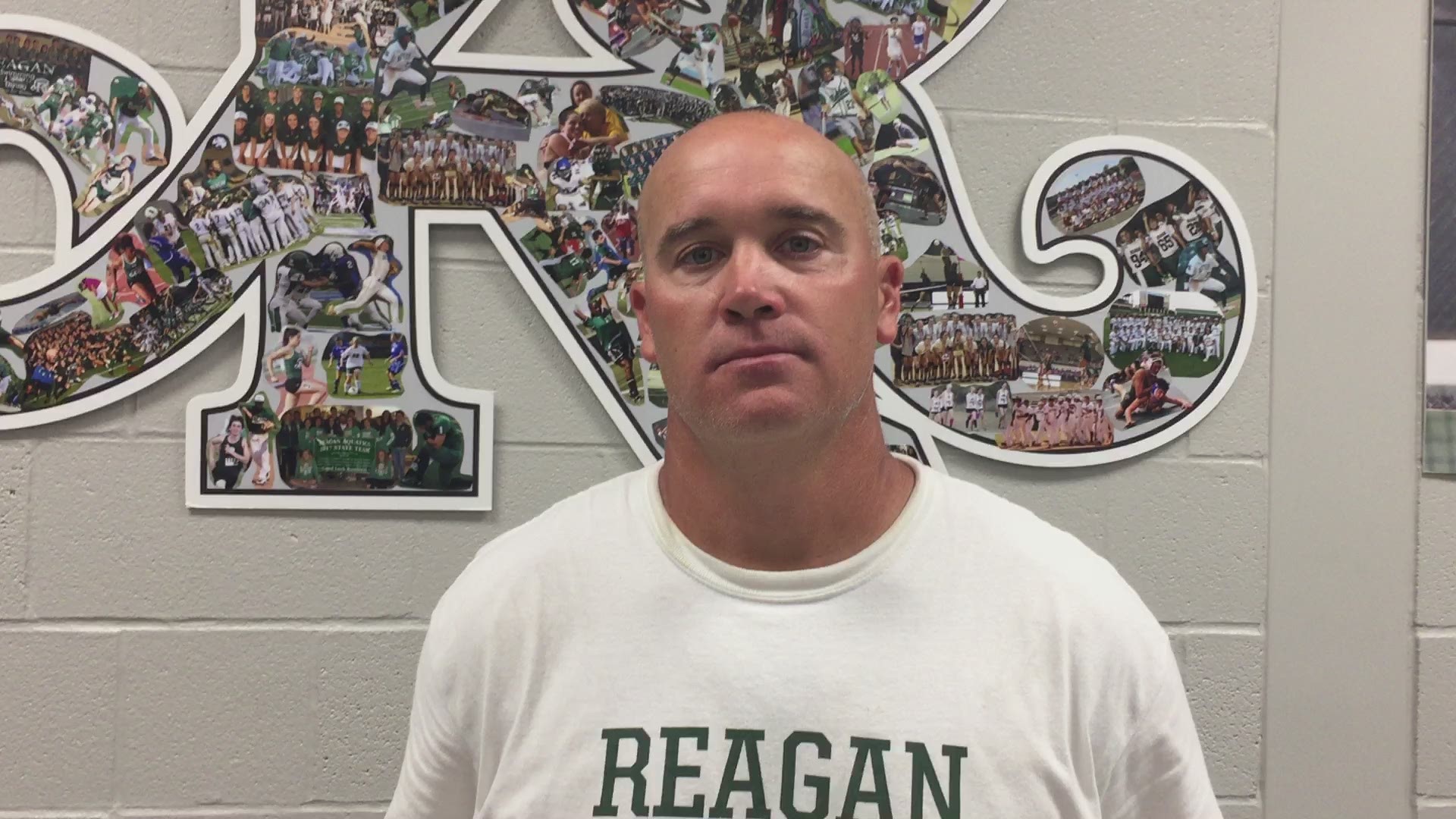 Outlook: Quarterback Travis Sthele, who passed for 2,169 yards and 19 TDs last year, is back to lead an offense that will be as balanced as it is efficient. Wide receivers Stayton Ankrom and Ronald Link-Milam return to give the offense two more threats. Ankrom was voted the district's newcomer of the year last season and Milam is the team's leading returning receiver. Ankrom is the son of former Jay standout Scott Ankrom, who went on to a stellar career at TCU and played for the Dallas Cowboys. Yates was an offensive lineman before he was moved to the D-line in the offseason. Free safety Jake Bullock and safety Pedro Ryan, a cornerback last season, are the leaders in the secondary. Bullock is the team's leading returning tackler. Reagan won four consecutive district championships before finishing runner-up each of the past two seasons. The Rattlers went 42-6 during their four-year run (2013-16) as league champs under coach David Wetzel, now an assistant coach at Baylor. Lyndon Hamilton was Wetzel's defensive coordinator before getting promoted in 2017.

Last playoff appearance: 2018, lost to Austin Lake Travis 56-35 in 6A Division I second round 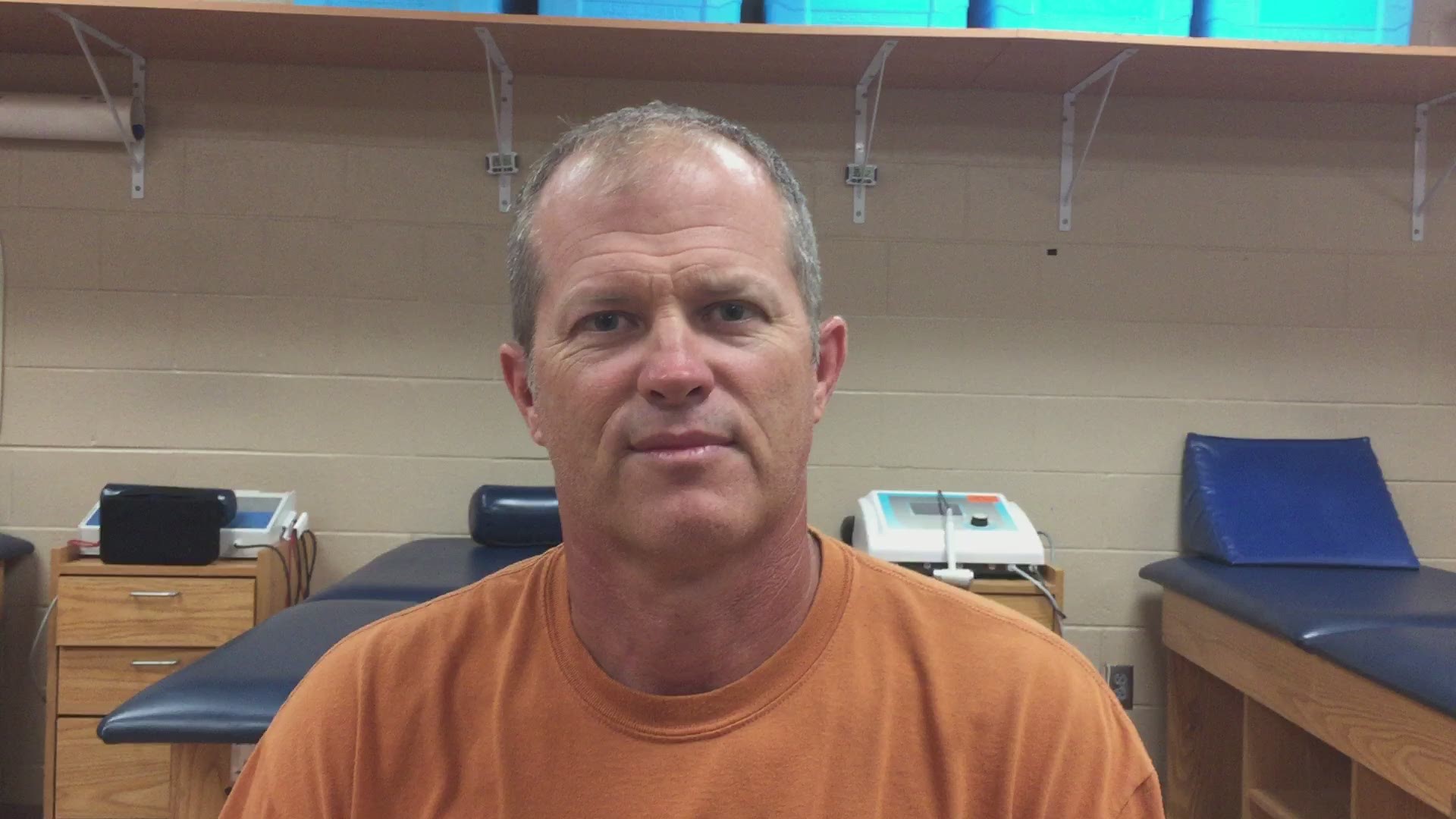 Outlook: Madison snapped a string of four losing seasons in rousing fashion last year, going undefeated in district play and reaching the second round of the playoffs. The Mavericks' 9-3 finish was their best since 2013, when they went 11-4 and advanced to the state semifinals in local coaching legend Jim Streety's final season. Madison had gone 12-30, including 0-10 in 2015, since Streety retired. The Mavs lost dynamic quarterback Dante Heaggans to graduation, but his brother, De'Shaun, who plays primarily safety but may also line up at linebacker, is back to lead the defense. Heaggans racked up 89 tackles last year. Senior Michael Garza, a wide receiver last year, will be the team's new quarterback. Running back Darien Gill, who rushed for 589 yards and had 446 receiving as a junior, returns to help Garza spark the offense. The offensive line will be anchored by center Zach Harris, a steady hand. Two other players who return to lead the defense are George Johnson in the secondary and Logan Bomer at linebacker. Johnson had 42 tackles last season and Bomer finished with 54 tackles and two sacks. 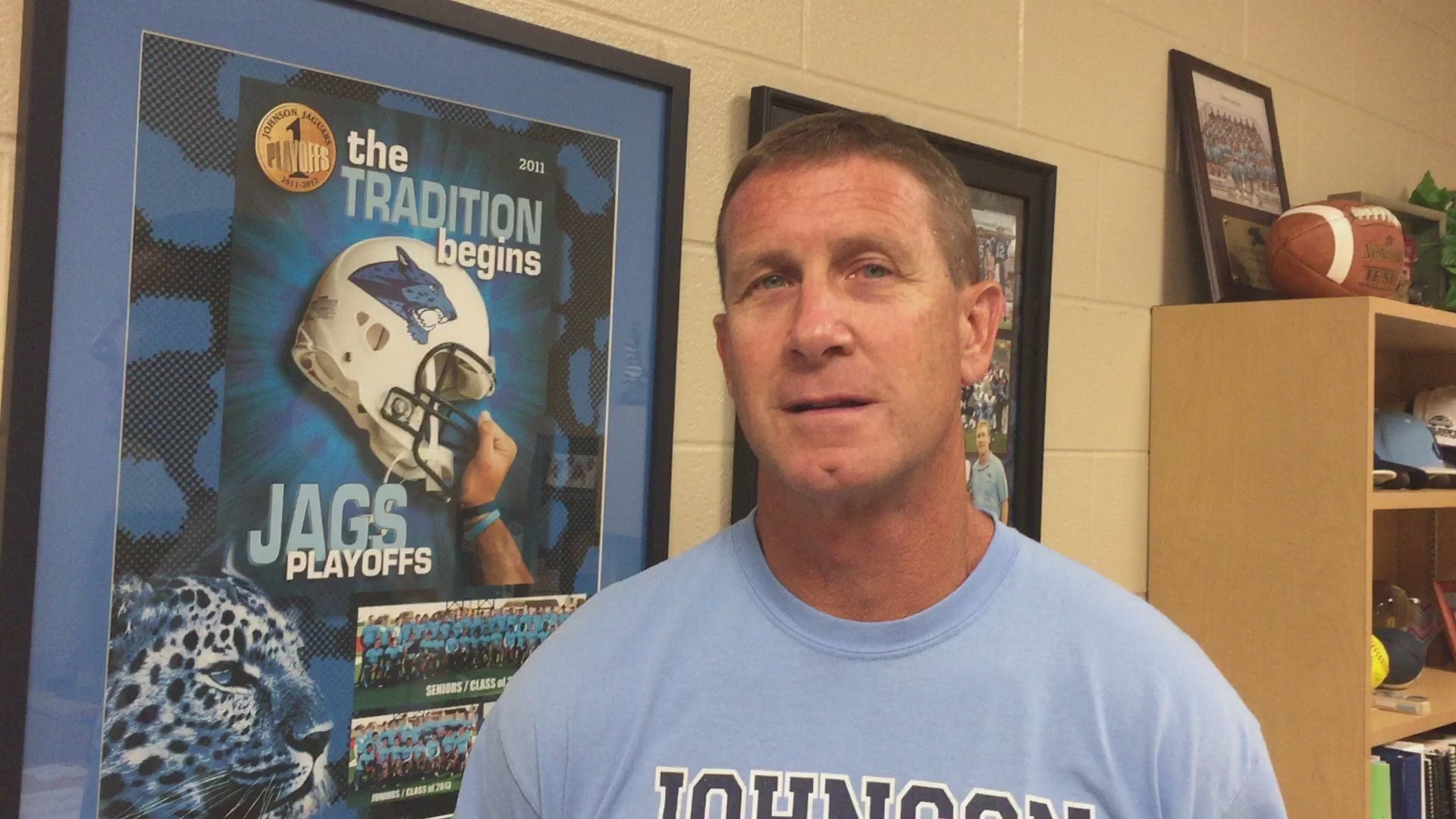 Outlook: Johnson slipped to third in the district race last year after winning the title in 2017. The Jaguars' only losses in league play were to champion Madison (49-28) and runner-up Reagan (34-28). While Johnson lost heavily to graduation in the offensive line, it returns a talented and speedy core of skill players. The headliner on the offensive unit is running back Justin Rodriguez, who rushed for 1,743 yards and 29 TDs last year. Quarterback Ty Reasoner passed for 431 yards and four TDs and rushed for 238 yards and three scores as a sophomore. Reasoner's primary targets will be fleet-footed receivers Shane Johnson and Jaren Randle, both of whom also return kicks. Johnson caught 16 passes for 361 yards and six TDs, and Randle had 11 receptions for 208 yards. Evan Mailoux, who played center and tackle as a sophomore last season, will be counted to anchor the inexperienced offensive line. Lineman Brandon Brown, who had 62 tackles and three sacks last year, will anchor the defensive unit. The Jags are 68-54 in 11 seasons under Ron Rittimann, the only head coach they've had since Johnson's first varsity season in 2008.

Last playoff appearance: 2012, lost to Steele 45-0 in 5A Division II second round 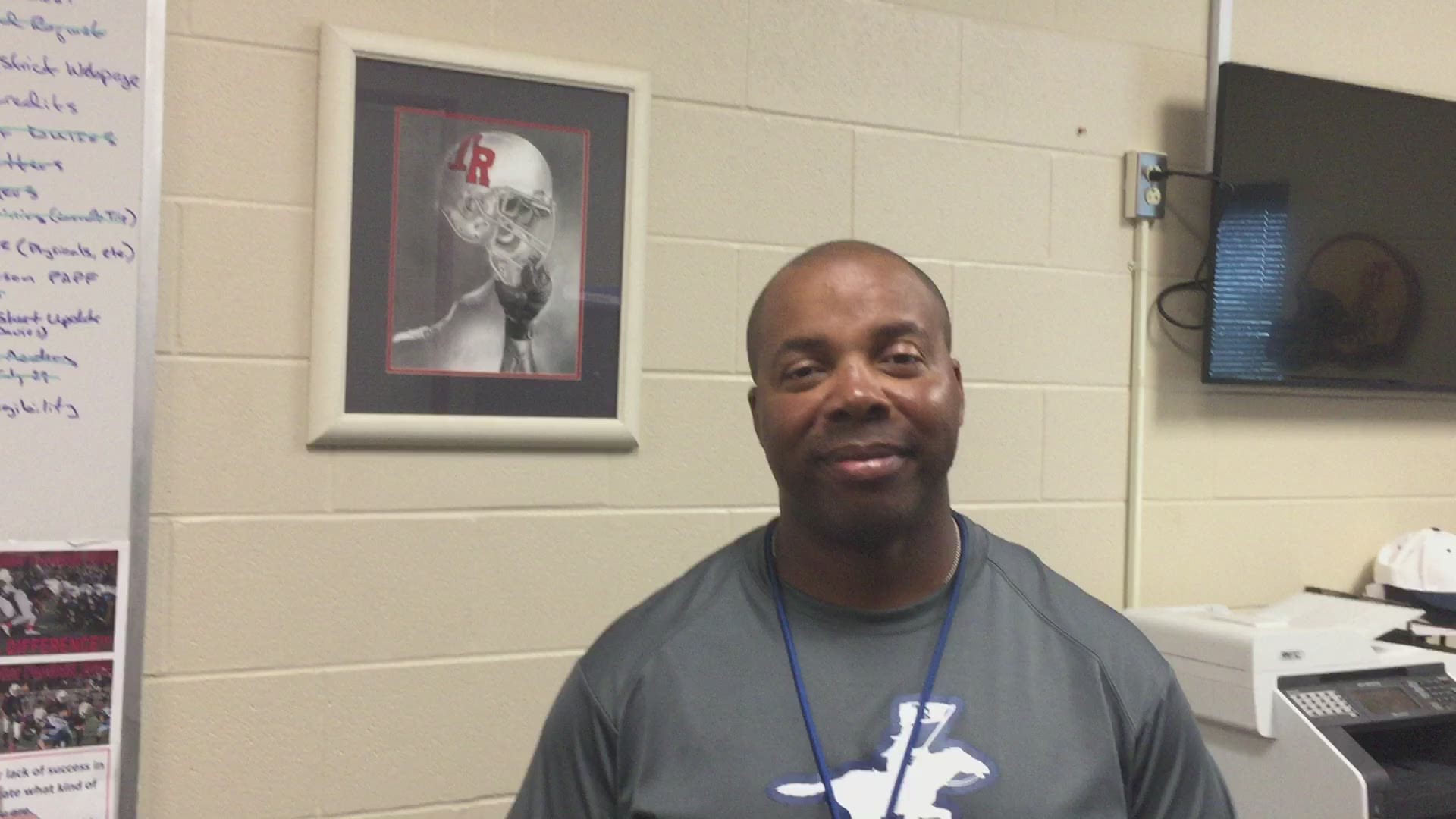 Outlook: After six consecutive losing seasons, Roosevelt appears ready to make a run at the district title this year. Coach Matt Carroll will rely on 12 returning starters, seven on offense and five on defense, to at least get the Rough Riders in the playoffs for the first time since 2012. Roosevelt has had a rough go of it since then, going 18-42, including 0-10 in 2014, but the Rough Riders came closing to earning a playoff spot last season. The offense will be sparked by two returning starters, running back Rashod Owens and quarterback Jalen Smothers, both of whom played different positions last year. Owens was a wide receiver/running back as a junior, rushing for 324 yards and six TDs and finishing with 589 yards and seven scores receiving. Wide receiver DaQwon Kindred, who had three TD receptions last year, will be another offensive threat. Antonio Iwaugwu is the team's top returning offensive lineman and tight end Adonte Wilkerson is also back. Linebacker Josiah Carrillo, voted the district's newcomer of the year last season after finishing with 80 tackles, linebacker Zacory Fitzgerald and free safety Landon Foster will spearhead the defense. 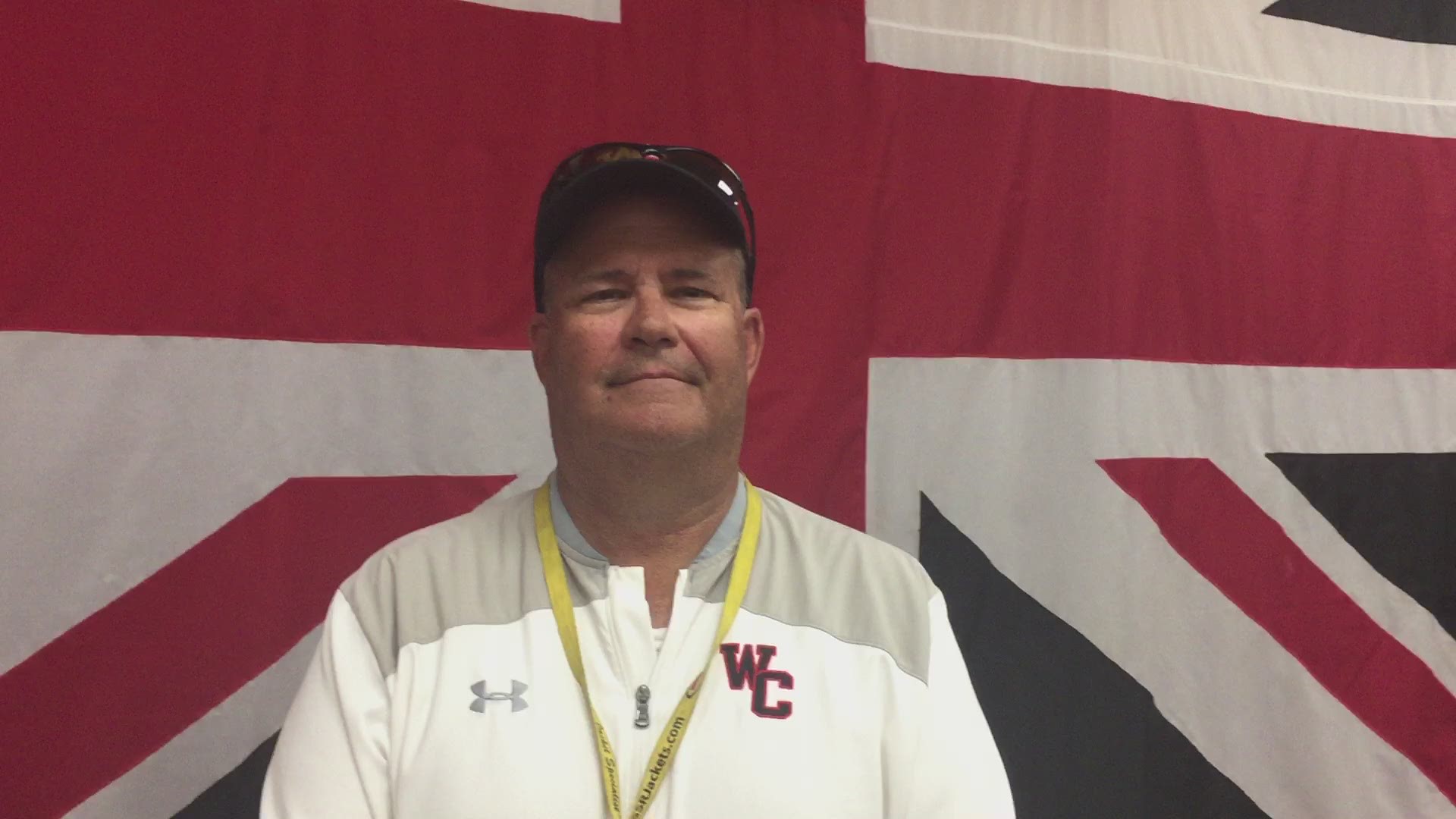 Outlook: Returning only six starters, Churchill will open the season in a rebuilding mode. The Chargers will try to build on their return to the playoffs last year after missing the cut in 2017. Churchill has made the postseason three times in four seasons under coach Ron Harris, and reached the state quarterfinals in 2016. After losing heavily to graduation, the Chargers could be hard-pressed to make the playoffs this season. But if Roosevelt should stumble, look for Churchill to earn the district's fourth-place postseason berth again. The Chargers' inexperienced offense will rely on running backs Isaac Aleman and David Rezentes to carry the load while the rest of the unit develops. Aleman rushed for 412 yards and five TDs last year, and Rezentes finished with 290 yards and three scores. End Eric Munoz, cornerback Gavin Castro, linebacker Koji Potter and safety Nahamani Harris are the only starters back on defense. Munoz earned first-team all-district honors last year and Castro, who also will start at wide receiver, made the second team. Potter had 53 tackles last season and Munoz finished with 35 stops and three sacks.

Outlook: MacArthur slipped to 2-8 last year after making the playoffs in 2017, but the return of eight starters each way has the Brahmas feeling optimistic about their chances of climbing in the district standings this season. The list of Mac returnees is headlined by quarterback Austin Lee, who passed for 1,118 yards and nine TDs and rushed for 322 yards and one score as a junior last year. Franceau rushed for only 261 yards last season, but he led the Brahmas in rushing TDs with seven. Former backup quarterback Trey Anderson was moved to wide receiver in the offseason and has the potential to become an offensive threat. Wide receiver Jaxon Deason, who played as a freshman last year, is also back. Thomas Phillips will anchor an offensive line that returns three starters and will give the Brahmas' offense some stability early in the season. The defense will be headed by end Colby Mask, who had a team-high 84 tackles and three sacks as a junor. Another steady hand on defense is linebacker Dylan Garibaldi, who finished with 60 tackles last year. Charles Collins heads the secondary. He had three interceptions as a junior.

Credit: David Flores / KENS5.com
LEE coach Danny Kloza will rely on quarterback William Seabolt, left, and tight end/defensive lineman Adam Bell, among others, to help get the Volunteers back on the winning track. 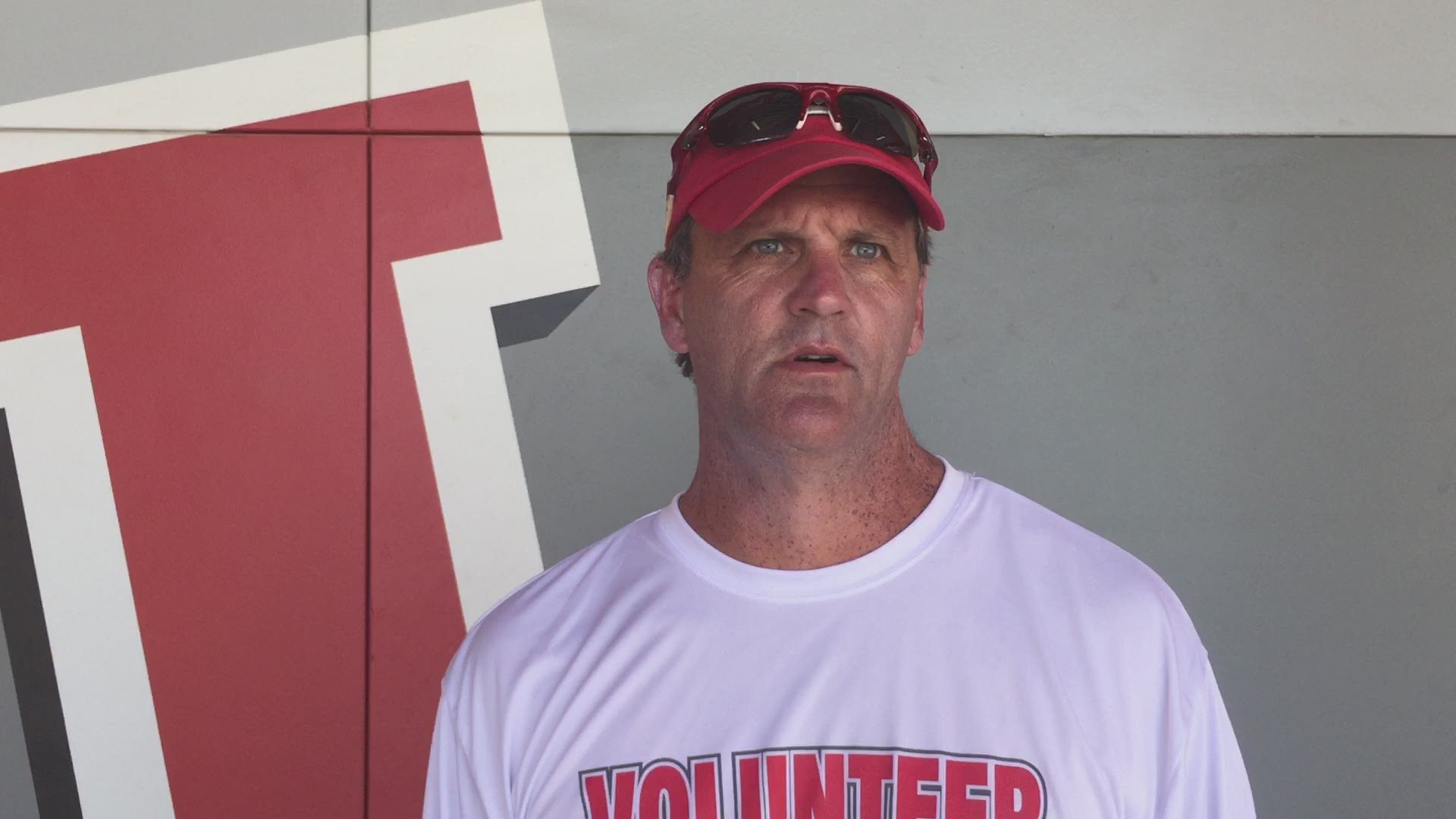 Outlook: LEE will start the season with an 18-game losing streak after going winless last year for the first time in school history. The Volunteers went 6-4 in 2015, their first winning season since a 6-5 finish in 1991, but have gone winless in district play each of the past three years. While LEE doesn't have the talent that made it a state power in the 1960s and '70s, the Vols continue to fight the good fight each week of the season. Starting his 10th season at his alma mater, LEE coach Danny Kloza will rely on five starters each way to get the Vols back on track. Lineman Adam Bell, backs Enrique Davis and Kai Jackson, linebacker Evan Pledger and end Martavion Rease return to lead a defense that could be a strength of the team. William Seabolt will succeed graduate Stephen Cano at quarterback. Lineman Jonathan Goss-DeLeon and tight end Jarret Zavala are two other players Kloza will rely on to help the offense gain some traction early in the season. LEE won the Class 4A state championship in 1971 -- when 4A was the largest classification in the UIL -- and reached the state finals in 1965 and 1969. The Vols also lost in the state semifinals in 1972, 1975 and 1977.

Last playoff appearance: 2007, lost to Gregory-Portland 41-14 in 4A Division I bidistrict 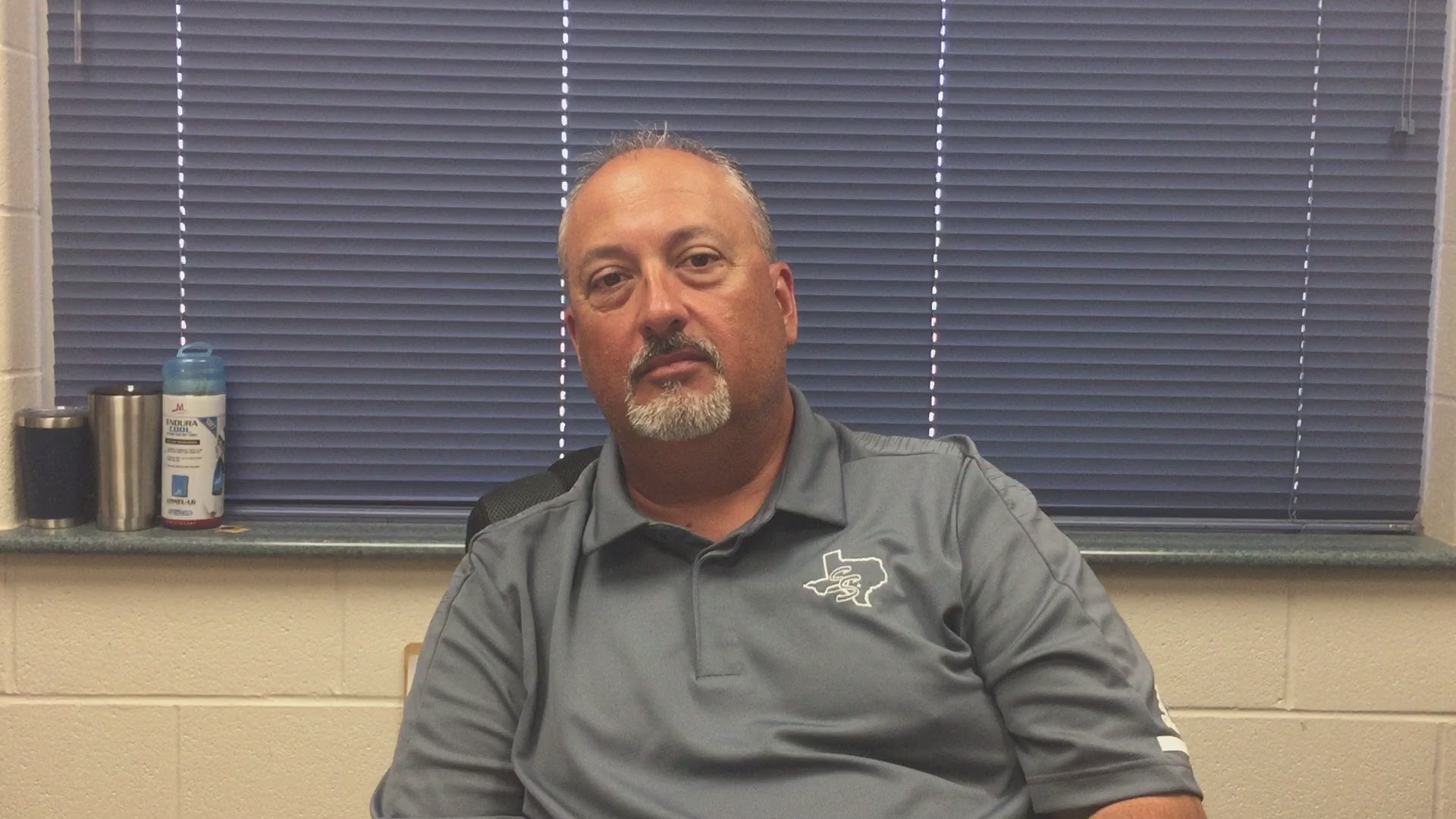 Outlook: South San has gone 13 consecutive years since its last winning season in 2005, when the Bobcats finished 8-2 under coach John Torres. South San is 28-105 since then. The Bobcats have missed the playoffs 11 straight seasons since advancing in 2006 and 2007, when they finished with losing records both years. South San found the going tough in its first season last year in a district dominated by North East ISD schools, finishing 1-6 in league play and 2-8 overall. Starting his fourth season as the Bobcats' head coach after serving as their offensive coordinator for one year, Ron Kretz will look to offensive linemen Aaron Martinez and Jorge Munoz, safety Raymond Dominguez, cornerback Fabian Navarro and quarterback Brendan Riojas to lead a team that returns four offensive and five defensive starters. South San lost its entire 2018 offensive backfield to graduation, but Riojas saw playing time at quarterback last year. He has improved steadily in executing South San's option-oriented offense, Kretz said.