New head coach Rodney Williams was the Rockets' offensive coordinator for five seasons before getting promoted in early May.

The top four teams from each district advance to the University Interscholastic League playoffs, which start on Nov. 14. The two schools with the largest enrollments compete in the Division I bracket and the two smaller schools advance to Division II. (School enrollments are in parentheses.)

2. Steele (2,418): QB Wyatt Begeal is back to lead the offense and All-State DB Jaylon Jones returns on defense.

5. New Braunfels (2,549): Unicorns will pin their hopes on core of five starters back each way.

Here is a breakdown of each team in District 26-6A:

Credit: David Flores / KENS5.com
Judson safety Jayden Cloud, left, and quarterback Mike Chandler II are two of the leaders on a team expected to reach the 6A state quarterfinals for the second year in a row. 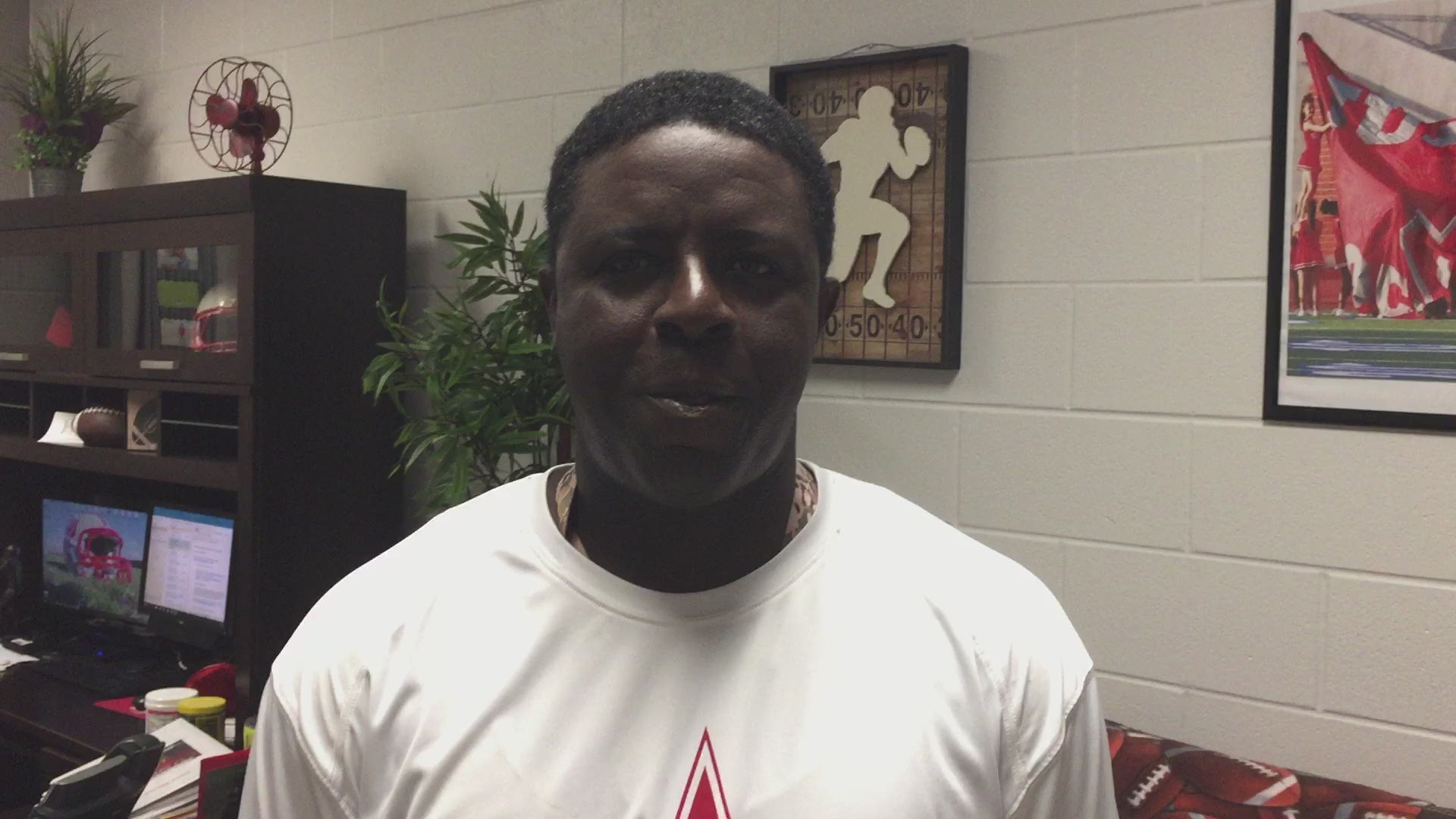 Outlook: Judson has a new coach and some empty saddles to fill, especially on defense, but the Rockets' cupboard is far from bare. Judson's offensive coordinator under Sean McAuliffe the past five seasons, Rodney Williams was promoted to interim head coach in early May after McAuliffe resigned to become head coach at Houston Cypress Ranch. Blue-chip defensive lineman DeMarvin Leal (Texas A&M) and running back Sincere McCormick (UTSA) are gone, but with dynamic quarterback Mike Chandler II among seven returning offensive starters, the Rockets should have no problem advancing to the playoffs for the 13th consecutive season. Chandler passed for 2,582 yards and 26 touchdowns and rushed for 858 yards and 12 TDs as a junior. Junior Lucas Coley, one of the best athletes on the Judson roster, also will see playing time at quarterback. "I think we have two of the best quarterbacks anywhere," Williams said. Also back are wide receivers Amarea Bailey-Davis, who had 30 receptions for 764 yards and 10 TDs, and Anthony Shelton (23-605-8). Center Robert Rigsby (38 pancakes) is back to lead the offensive line. Safety Jayden Cloud is the only returning starter back on defense, but Williams is confident the Rockets have enough talented newcomers to put another strong unit on the field this season.

Credit: David Flores / KENS5.com
Steele cornerback Jaylon Jones, left, who has committed to Texas A&M, and quarterback Wyatt Begeal are among 11 returning starters from a team that finished 8-4 last season.

Last playoff appearance: 2018, lost to Brandeis 31-16 in 6A Division II second round 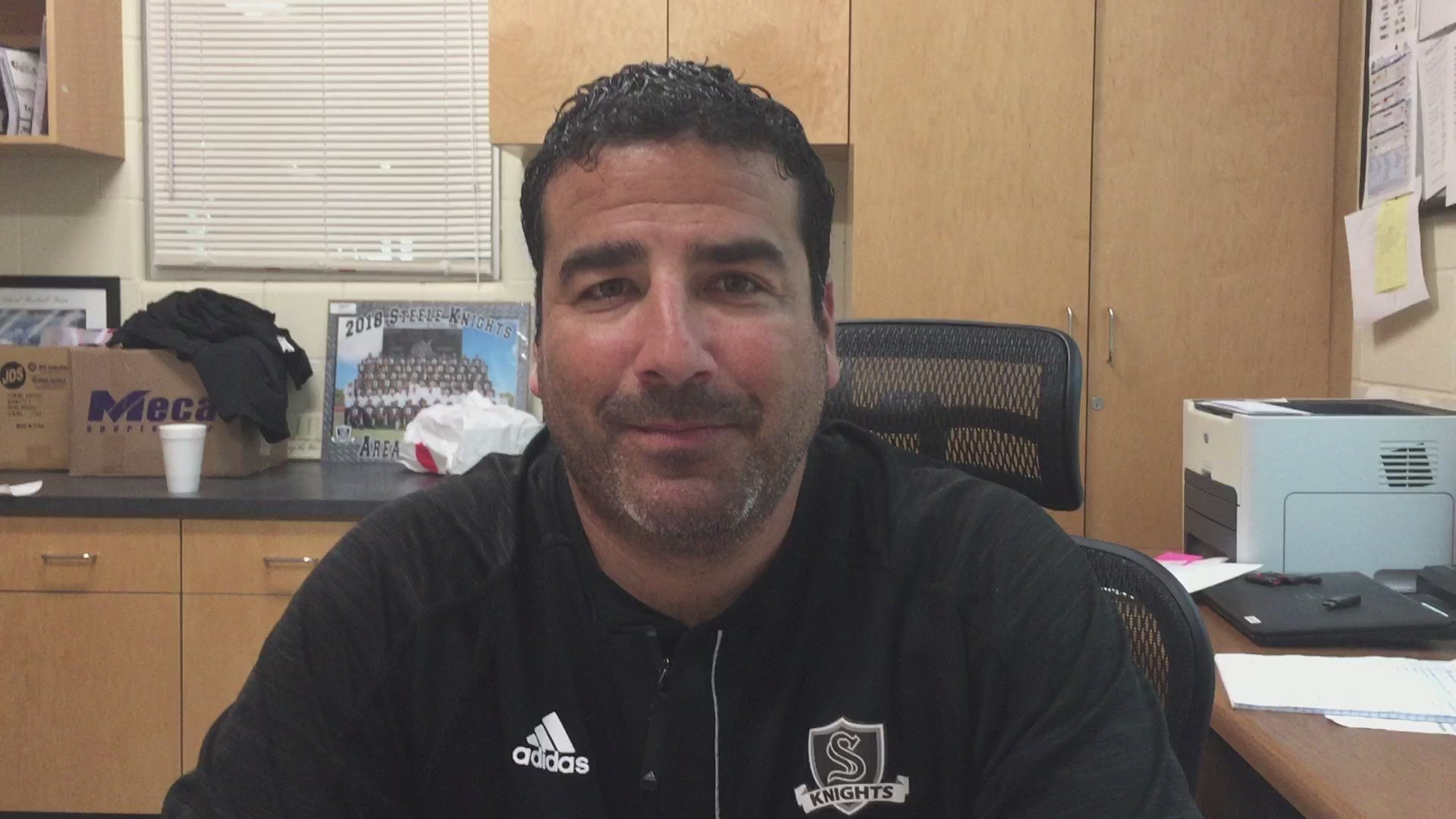 Outlook: The latest in a line of outstanding Steele defensive backs, senior Jaylon Jones already has committed to Texas A&M. Jones earned All-State honors last year and was tabbed the state's preseason defensive player of the year by Texas Football Magazine this summer. Jones, who can play multiple positions in the secondary, will lead a defense that returns five starters, including senior free safety Maison Sharp. Junior quarterback Wyatt Begeal is back to lead an offense that also returns standout senior wide receiver Daniel Jackson, who committed to Iowa State in July. A starter since his freshman season, Begeal passed for 2,100 yards and 17 TDs and rushed for 476 yards and 11 TDs last year. Jackson had an outstanding junior season, catching 66 passes for 1,053 yards and nine TDs. The running game will be fueled by senior De'Quavion Thomas, who has been hampered by injuries the past two seasons. Thomas rushed for 423 yards and two TDs last year. If he can stay healthy, the Steele offense could have one of the most balanced offenses in the San Antonio area. The Knights won seven consecutive district titles before advancing to the playoffs as a third-place qualifier each of the past two years.

Last playoff appearance: 2018, lost to Austin Lake Travis 45-14 in 6A Division I bidistrict 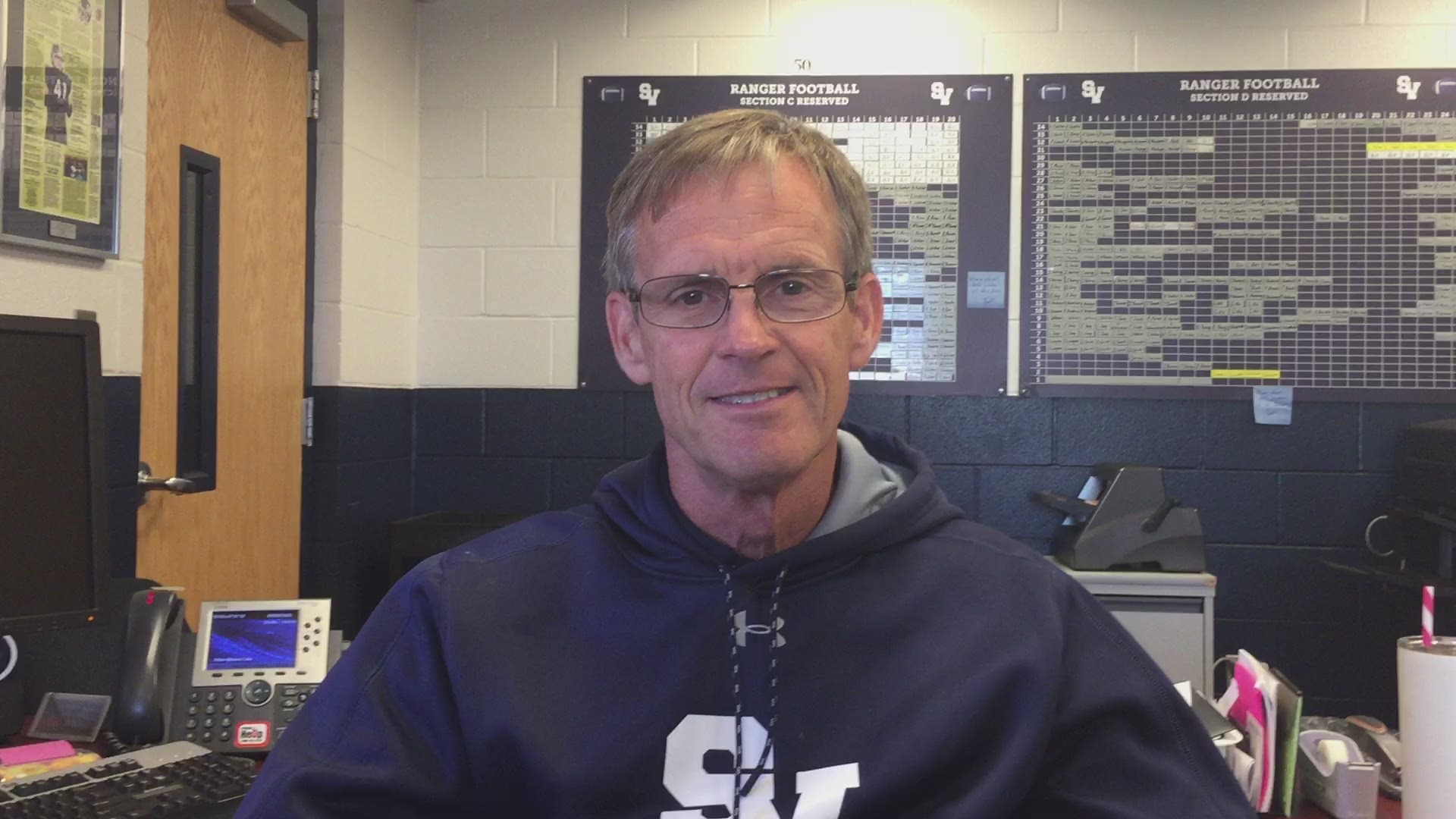 Outlook: Smithson Valley reeled off 22 consecutive winning seasons before finishing 5-5 last year. Coincidentally, the Rangers went 5-5 in 1995 before they started their impressive streak. Longtime Smithson Valley coach Larry Hill will rely on eight returning starters each way, the most in school history, to get the Rangers back on the winning track. While it finished below .500 in 2018, Smithson Valley made the playoffs for the ninth straight season and 22nd time in the past 23 years under Hill. One of the biggest challenges Hill faces this season is replacing quarterback Levi Williams, who signed with Wyoming. Senior Luke Gombert went into preseason workouts as the No. 1 QB, and is expected to be another dandy SV signal caller. Two of the top players on the Rangers' roster play on the defensive line, tackle/end Trey Witcher and end Trey Moore. Witcher finished last season with 57 tackles, 14 tackles for loss and 10 sacks. Moore had 35 tackles and five sacks. Linebacker Thomas Zeug (61 tackles) and cornerback Jalen Nutt (47 tackles, two interceptions) are two other reliable defensive hands. Hill will look to running backs Jacob Forton and Darlington Frasch and wide receiver Kasen Wells to help Gombert keep the offense moving. 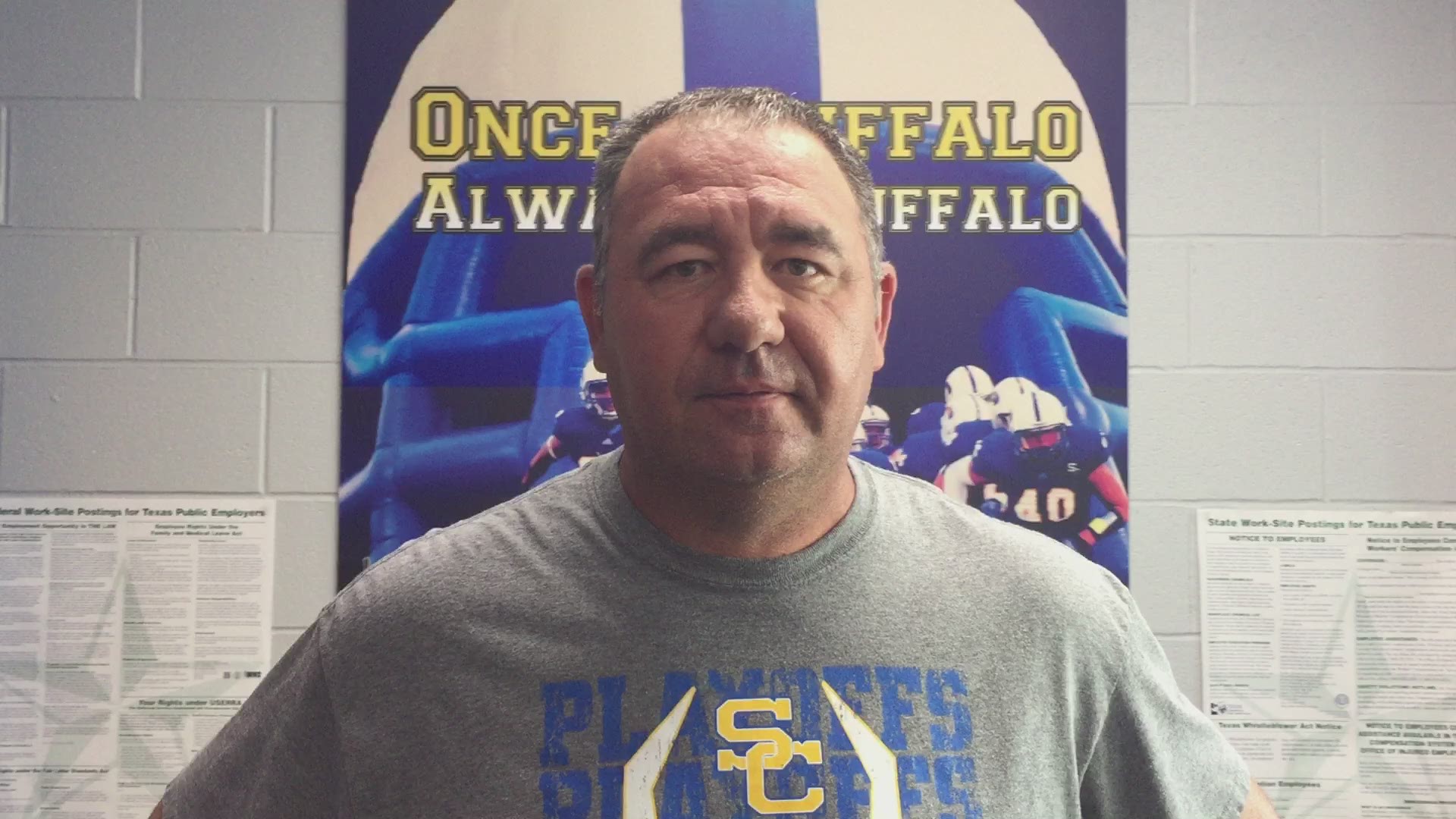 Outlook: Clemens will be led by three of the best players in District 26-6A, junior quarterback Max Didomenico and senior middle linebacker Derrick Lewis and senior safety Mason Chambers. Didomenico was a starting safety last year before taking the reins at quarterback in the fourth week of the season. Didomenico made a seamless transition, passing for 984 yards and 10 touchdowns and rushing for 738 yards and five TDs. Lewis, who has scholarship offers from Nebraska, Kansas State and Kansas, among others, played in only three games last year after breaking a wrist in practice. He already had recorded 33 tackles and had an interception before being sidelined for the remainder of the season. Chambers, who had 86 tackles and two picks last year, and Jackson Macias (102 tackles) will help Lewis anchor what could be one of the best defenses in the San Antonio area. Chambers also is being recruited heavily, receiving offers from such schools as Texas Tech, Iowa State and Houston. One of the best athletes on the Clemens roster, Macias also will kick, return kicks and see action at running back. 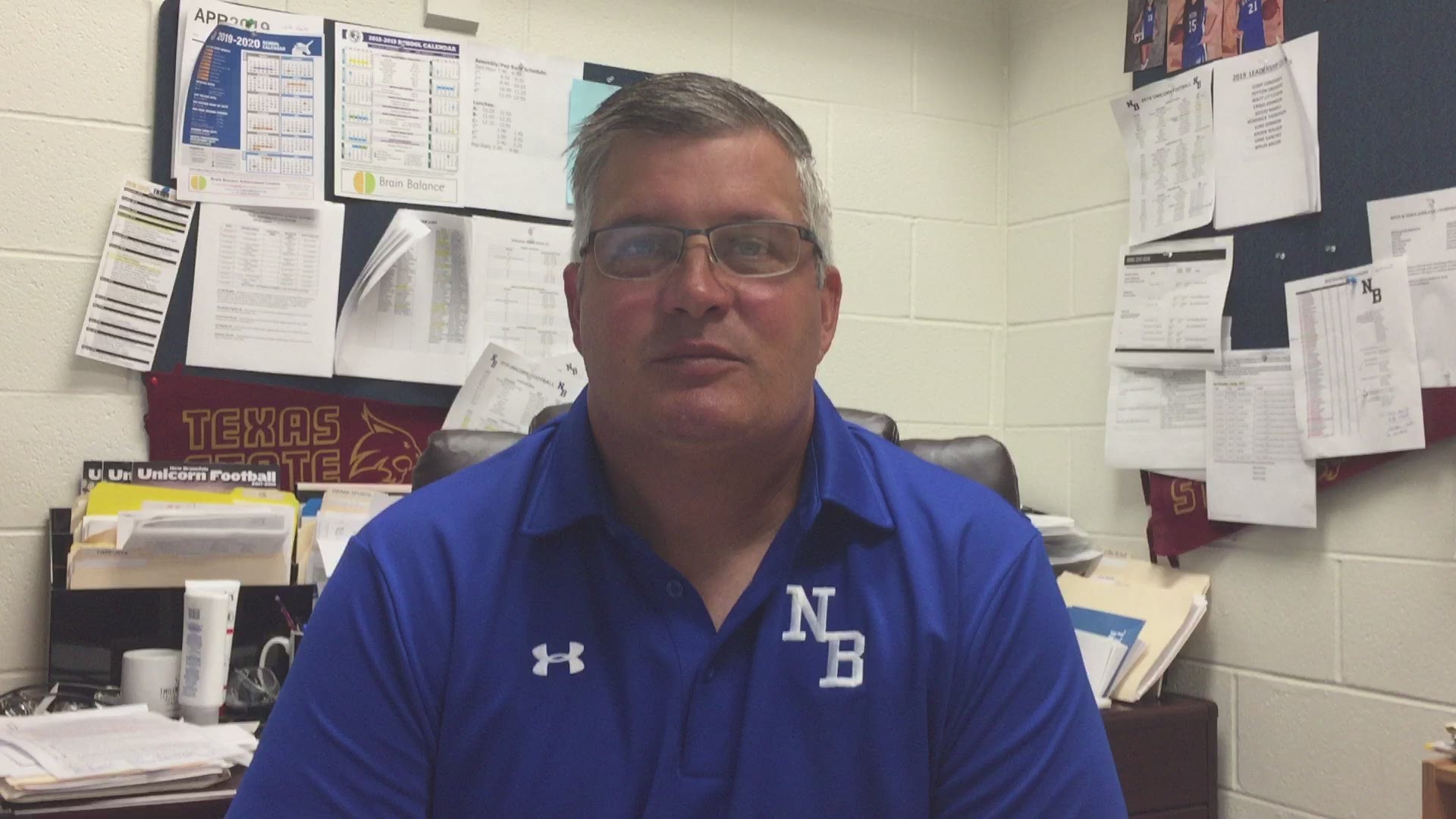 Outlook: New Braunfels finished below .500 last year after back-to-back winning seasons in 2016 and 2017. The Unicorns also missed the playoffs for the second consecutive year, but the return of a solid core has coach Glenn Mangold feeling optimistic about his team's chances of challenging for a postseason berth this season. Junior quarterback Peyton Driggers and senior linebacker Matt Littlejohn headline the list of 10 returning starters, five each way. Driggers passed for 837 yards and five touchdowns as a sophomore last year. He had an outstanding offseason, Mangold said, and is expected to take a big step in his development this season. Littlejohn, who had 58 tackles last season, will anchor a defense that will feature a stout front seven. Wide receiver Bryson Dyer, who had 37 receptions for 375 yards and four TDs, and running back/wide receiver Matthew Wrase, will be counted on to give the offense a boost. Littlejohn leads a hard-hitting linebacker corps that includes Jace Diaz and James Windrow. Safety Kendrick Thompson is the top returning tackler with 70 stops. Tackles Cody Coronado and Geo-Jo Marsh also will help lead the defense.

Last playoff appearance: 2015, lost to Stevens 43-6 in 6A Division I bi-district 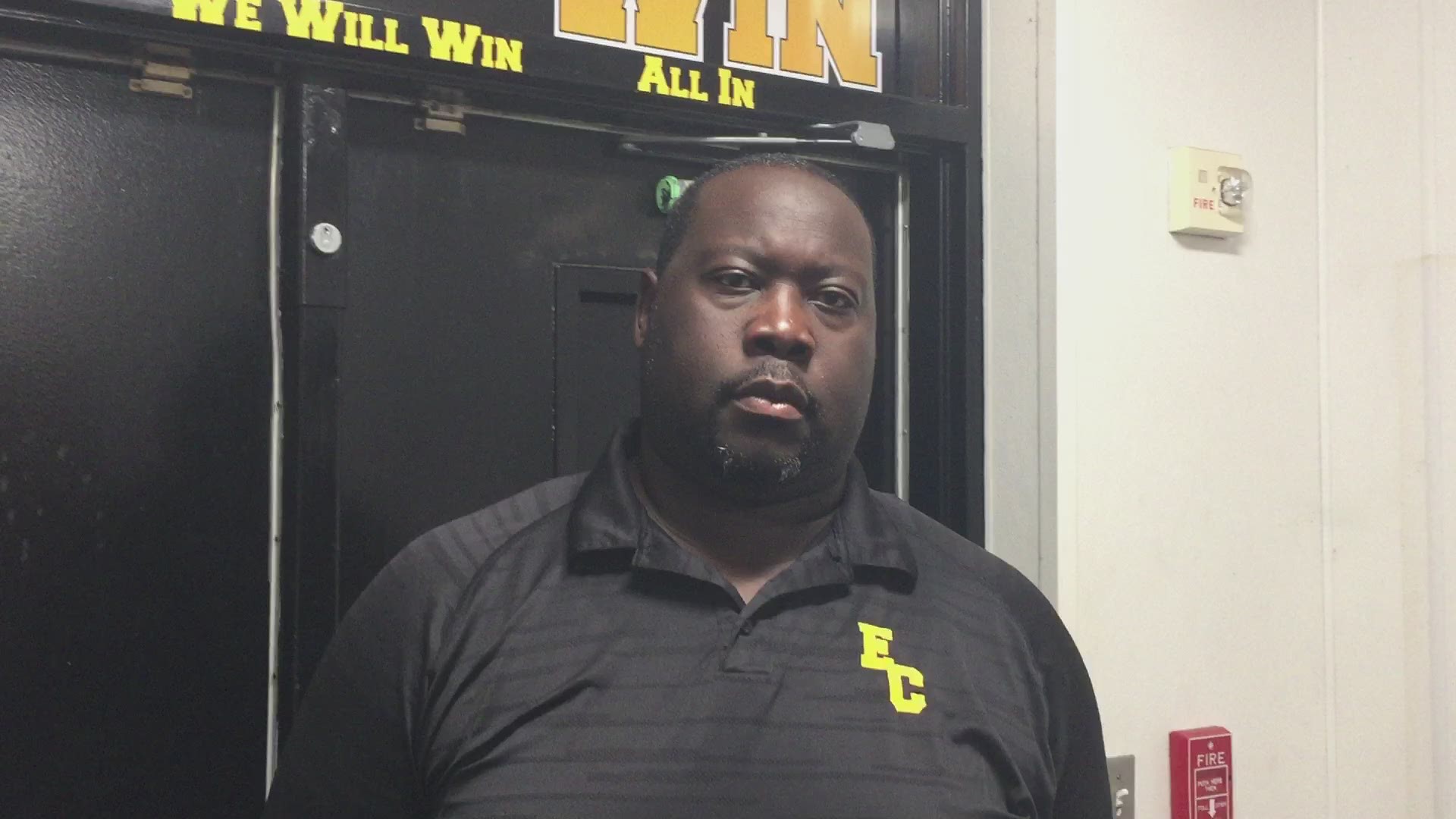 Outlook: The Hornets just missed finishing .500 last year and won more games than they had the previous two seasons combined. After winning only one game in coach Joe Hubbard's first two years at the helm and going 0-10 in 2017, East Central started the climb to respectability with a 4-6 finish last season. The Hornets also climbed out of the district cellar, finishing in a two-way tie for sixth with New Braunfels Canyon. The Hornets will rely on running back DeAngelo Rosemond, who rushed for 789 yards and seven TDs last year, to spearhead the offense. Rosemond will run behind a line that returns Elexander King, Frankie Martinez and Daniel Santallana. Santallana had 40 pancake blocks last year, and Martinez and King finished with 27 and 18, respectively. Strong safety Damien Quick, who finished with 87 tackles and two interceptions last season, lineman Justin Gutierrez and linebacker Michael Martinez are the defensive leaders. Gutierrez finished his junior season with three sacks. The Hornets advanced to the playoffs seven consecutive times (2009-15) before finishing 1-9 in 2016. East Central had back-to-back 8-4 seasons in 2011-2012.

Last playoff appearance: 2017, lost to Spring Westfield 47-3 in 6A Division II second round 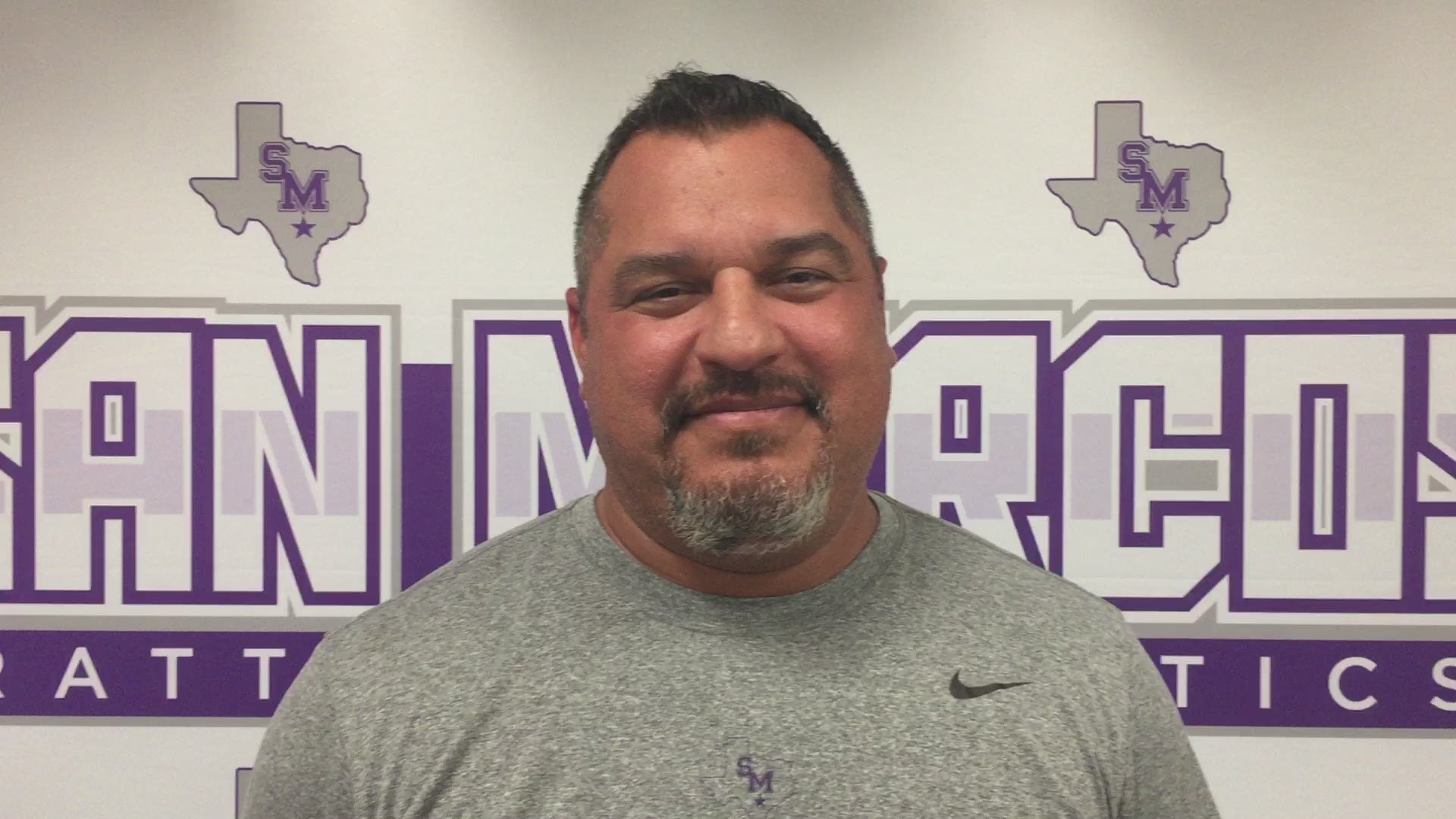 Outlook: San Marcos tumbled to 1-9 overall and went 0-7 in its new district last year after winning a league title and finishing 10-1 the previous season. Coach Mark Soto, who led the Rattlers to their first district championship since 2003 in 2017, will rely on six starters each way to get San Marcos back on track. Among the offensive returnees is quarterback Alex Garcia, who was given high marks by Soto for his work in the offseason. His primary targets will be wide receiver Takai Magett and wide receiver/running back Diego Cruz. Tight end Ronnie Perez is another reliable receiver. Easthan Mendez, Elijah Barrera and Jacob Pinkston will anchor the offensive line. Lineman Chris Soliz and free safety Kannon Webb headline a defense that could be one of the most experienced in the district. Webb, who had 97 tackles and one interception last year, will be joined in the defensive backfield by safety Andres Alonzo and cornerback Quddus Ogunbase, both returning starters. Alonzo had 83 tackles and one sack last year and Ogunbase had 31 stops. The Rattlers' 10-win season two years ago was their first since 2000, when they went 11-1 under coach Bruce Bush.

Coach: Joe Lepsis, 4-6 in one season at Canyon

Outlook: The top offensive threat for the Cougars is wide receiver Callon Farr, who had 44 receptions for 734 yards and seven TDs last year despite missing time with an injury. Jacob Garcia (33 receptions, 337 yards, 1 TD) and Luke Greebon are two other capable wide receivers. The priority for coach Joe Lepsis going into the season will be to settle on a quarterback. Tony Cooper and Will McCune are the leaders on the offensive line. The defense will be inexperienced, but nose guard Caden Holt and linebacker Alex Bouloubasis are two steady players who started last year. Holt finished his sophomore season in 2018 with two sacks. Canyon hasn't made the playoffs or had a winning season since 2013, when it finished 7-4, and has gone 12-38 in the ensuing five years. The Cougars haven't won a district championship since 1995, when they reached the third round of the postseason and finished 11-2 under coach Larry Nowotny.