Southside is expected to earn a playoff berth for the fourth consecutive season. 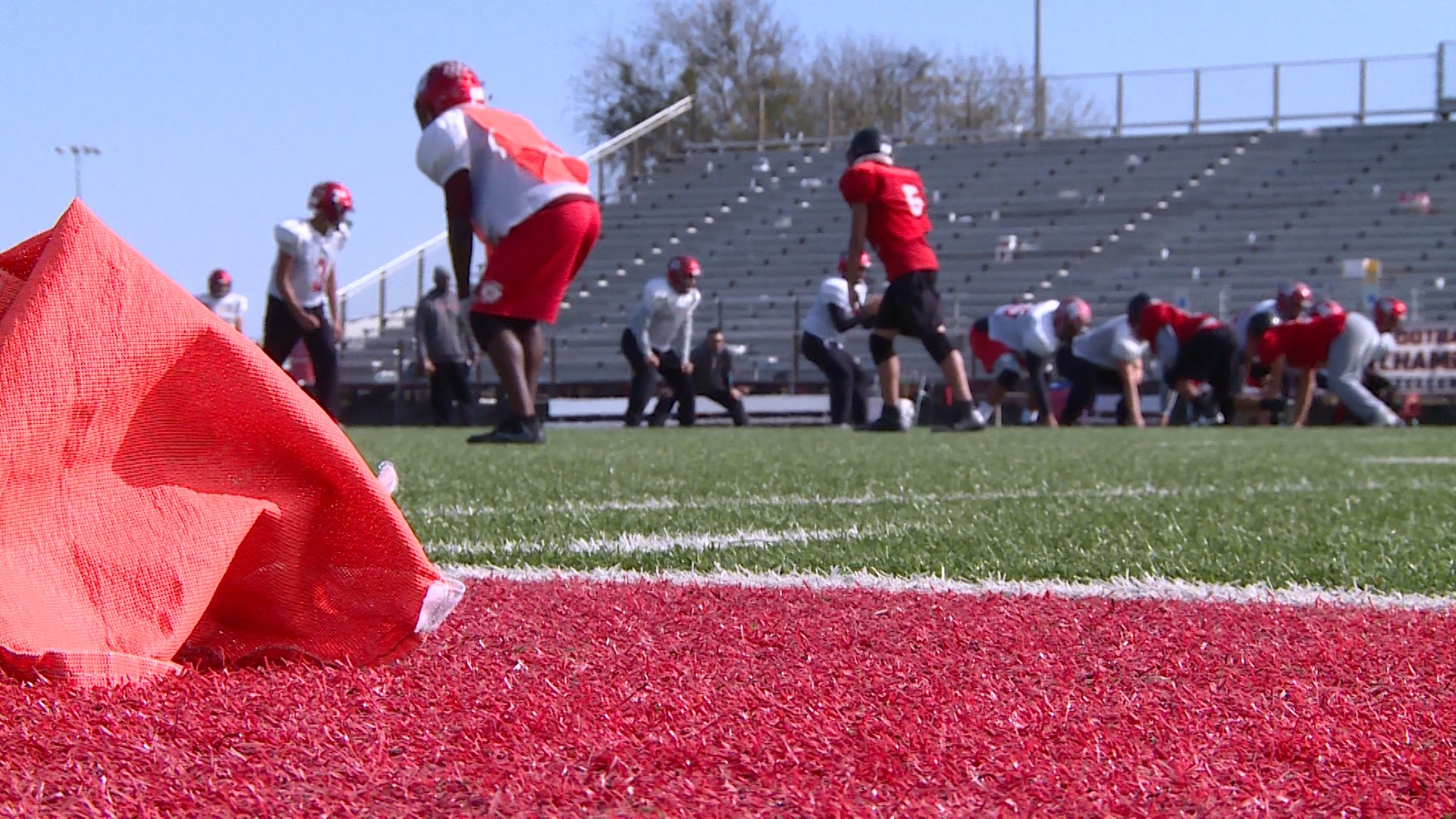 3. Southside (1,564): Cardinals have a pretty good quarterback themselves in Alejandro Escamilla.

4. Gregory-Portland (1,419): Wildcats have missed playoffs three years in a row, an eternity for G-P fans.

Here is a breakdown of the three San Antonio-area teams in District 15-5A / Division II:

Last playoff appearance: 2018, lost to Kerrville Tivy 24-14 in 5A Division II second round 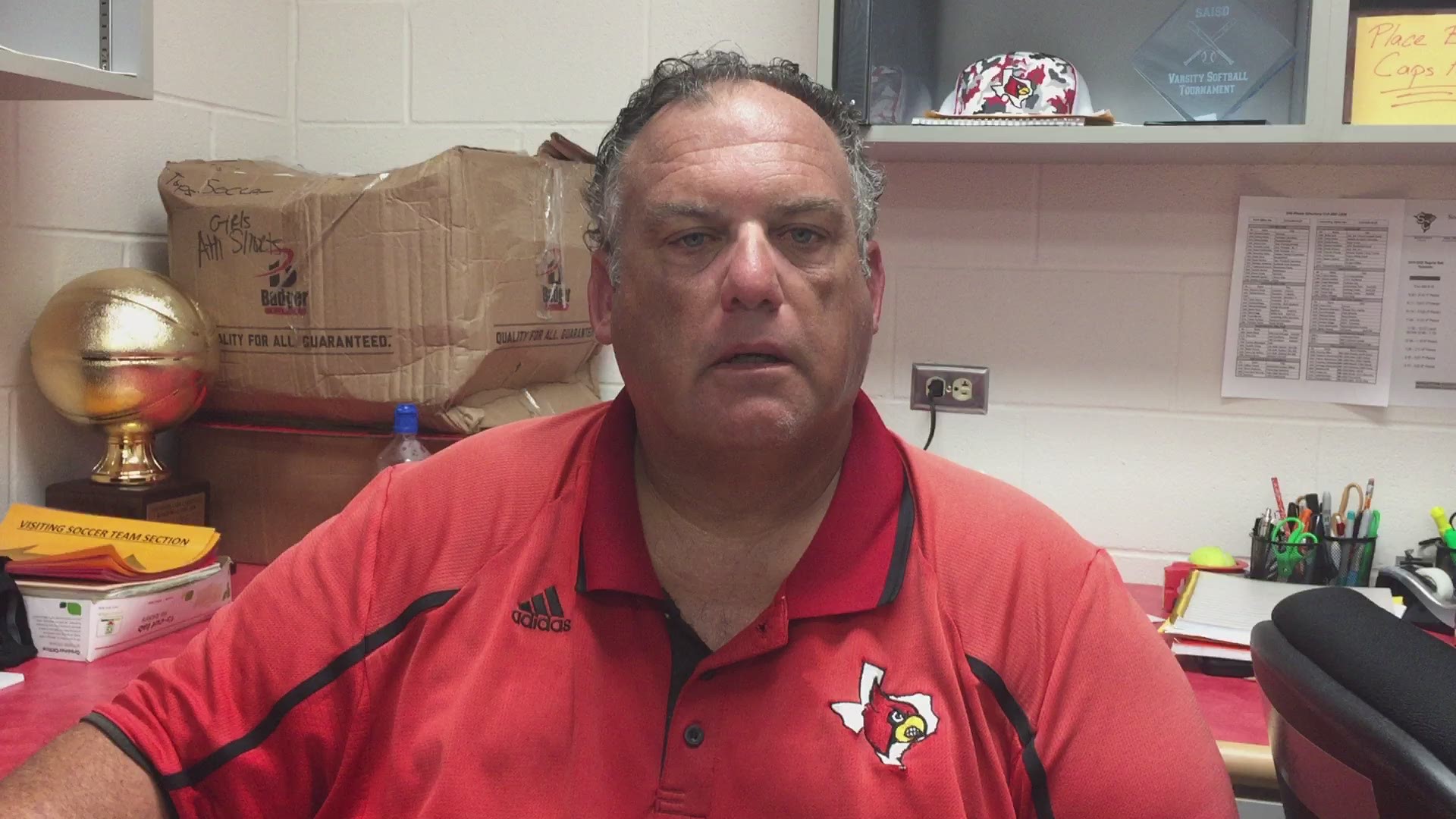 Outlook: Led by steady senior quarterback Alejandro Escamilla, the Southside offense could be one of the best in the San Antonio area this season. Escamilla, who has started since his sophomore season, was highly efficient as a passer and runner last year. He threw for 2,447 yards and 25 touchdowns and rushed for 257 yards and 11 more TDs, helping lead the Cardinals to their third consecutive playoff season and first postseason victory in school history. Escamilla's primary target last year, wide receiver Michael Hernandez, is also back for his senior season. Hernandez ranked among the best receivers in the state, finishing with 78 receptions for 1,424 yards and 21 TDs. The defense will be led by junior linebacker Micah Young, who had 101 tackles and three sacks in 2018, and junior free safety Caleb Camarillo. Southside is starting its sixth season under coach Ricky Lock. The Cardinals have made the playoffs only eight times since their first varsity season in 1952, and never had advanced to the postseason three years in a row until last season.

Outlook: There will be another Detmer playing quarterback for Somerset this season. Koal Detmer, the younger brother of Koy Detmer Jr., who put up big passing numbers for the Bulldogs before graduating in 2015, is the latest in a long line of quarterbacks in his family.  And like his older brother, father and uncle Ty, who won the Heisman Trophy as a junior at BYU in 1990, Koal will play for longtime coach Sonny Detmer, the patriarch of the family. The father of Ty and Koy Detmer, Sonny is in his fourth stint as head coach at Somerset. The Bulldogs return 13 starters, six on offense and seven on defense, from a team that lost a close game to Mission Sharyland in the first round of the playoffs. Somerset will take some of the pressure off Detmer with a strong running game keyed by senior Hunter Hernandez, who rushed for 1,292 yards and 11 touchdowns last year. The strength of the team going into the season will be its defense, which will be anchored by linemen Cordero, Jaime and Ojeda, linebacker Bryan Ledesma and Joseph Hidalgo in the secondary.

Floresville junior quarterback Darian Mayberry, a starter since his freshman season, passed for 831 yards and 10 touchdowns and rushed for 386 yards and eight TDs last year. Photo by Dave Gast (davidgastphotography.com) / Special to KENS5.com

Outlook: Floresville missed the playoffs last year after making the postseason in coach Jeff Rohrs' first two seasons at the helm. The Tigers return 10 starters, including quarterback Darian Mayberry, who has started at the position since his freshman season, when he was named the district's newcomer of the year. Mayberry passed for 856 yards and seven touchdowns last season. Senior wide receiver Walker Hopkins and sophomore running back Dareion Murphy are also back. Hopkins had 39 receptions for 601 yards and three TDs last year, and Murphy rushed for 312 yards and one TD as a freshman. The defense, which returns six starters, will be anchored by the senior trio of linebacker Cayson Moczygemba and linemen Frank Becerra and Cade Gulick. Moczygemba recorded 67 tackles last year, and Gulick had 35 stops and three sacks. Floresville, which opens the season Friday night on the road against Veterans Memorial, has gone 15-17 in its three seasons under Rohrs.