The Antlers return 14 starters from team that swept league opponents and reached the third round of the playoffs last season. 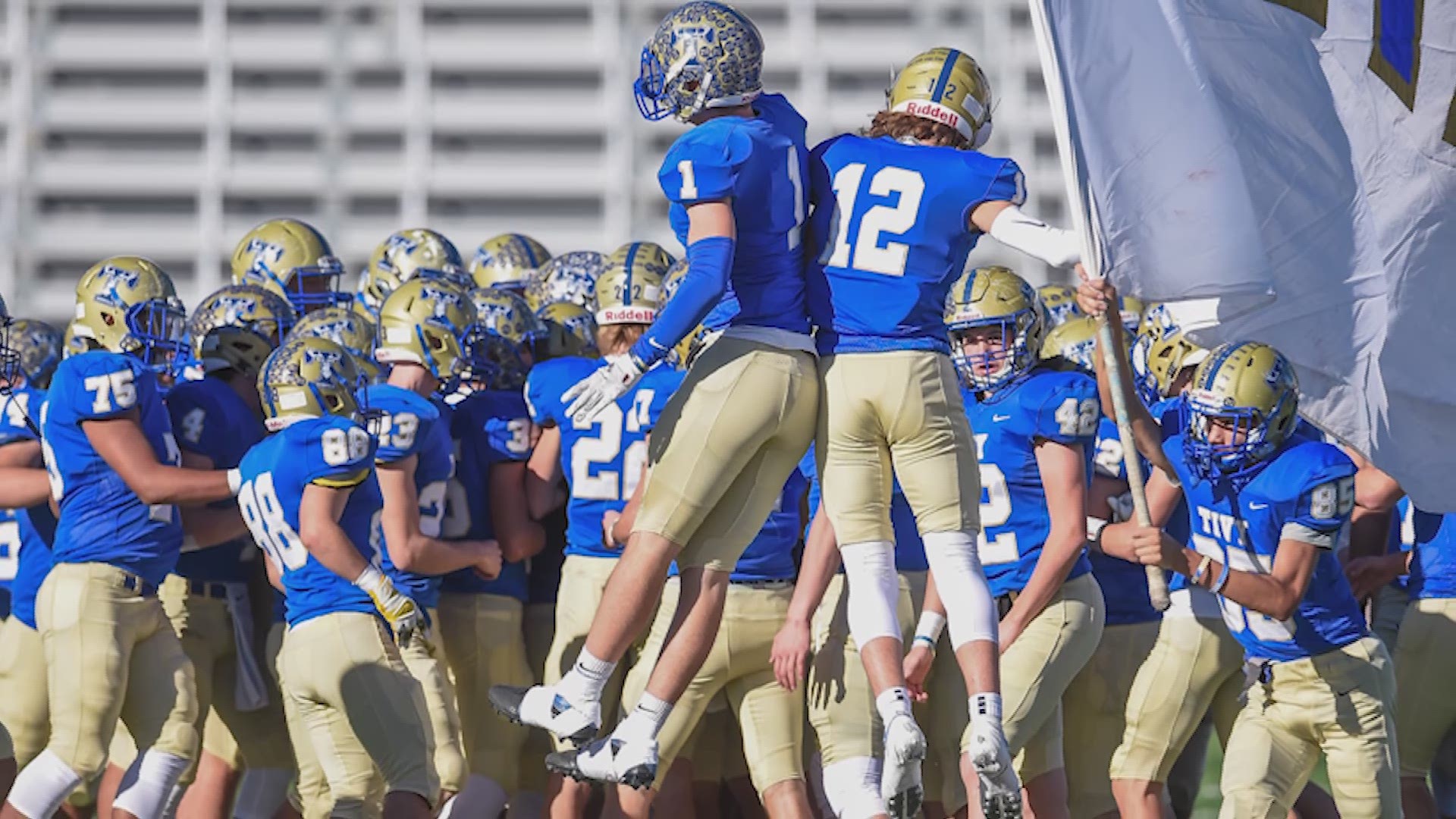 1. Kerrville Tivy (1,475): Antlers have made playoffs for 22 consecutive seasons.

5. Lockhart (1,617): Lions will try to get back on winning track under new coach Todd Moebes.

Here is a breakdown of the six San Antonio-area teams in District 14-5A / Division II:

Outlook: Tivy has reached the third round of the playoffs each of the past two years, and has enough talent returning to advance at least that far again this season. The offense lost six starters to graduation, but the defense returns nine first-team players. Although the Antlers have some work to do offensively, the return of senior quarterbacks Cole Miears and Trapper Pannell gives them a big advantage. Miears passed for 2,048 yards and 19 touchdowns, and rushed for 653 yards last season. Pannell was also outstanding as a junior, throwing for 1,035 yards and 10 TDs, running for 292 yards and finishing with 130 receiving yards for 11 more scores. Among the five offensive returning starters are senior wide receivers Brooks McCoy, who had 58 receptions for 834 yards and six TDs last year, and Colten Drake (42-467-5). Senior linebacker Cole Mixon, senior safety Race Risinger and junior safety Coleson Abel are the defensive leaders. Mixon and Risinger finished last season with 128 and 112 tackles, respectively, and Abel had 88 stops. Tivy, which advanced to the state quarterfinals in 2011, has made the playoffs for 22 consecutive seasons. The Antlers have won seven district championships and reached the state semifinals twice during that stretch. 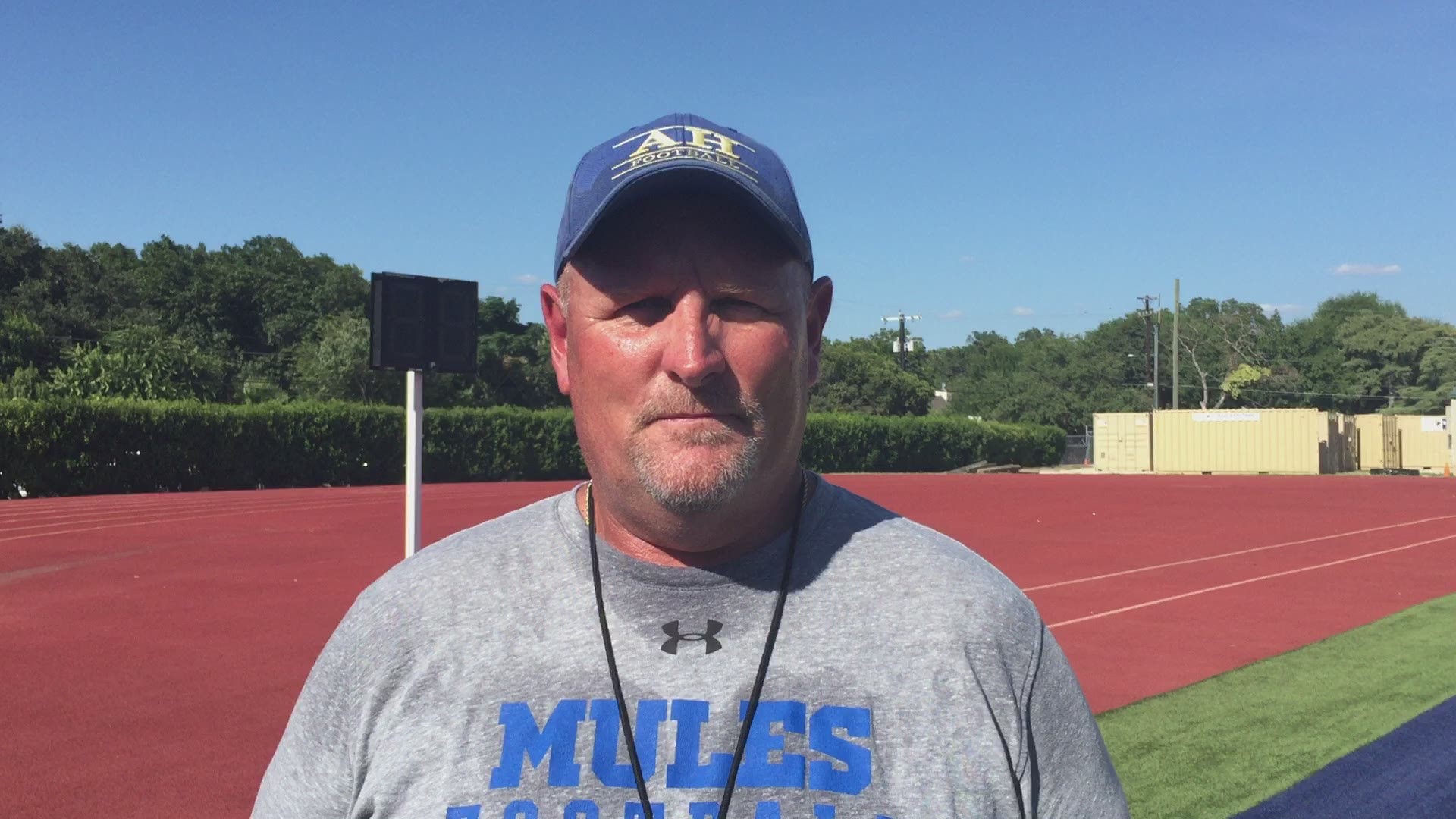 Outlook: Alamo Heights must rebuild its offensive line and break in a new quarterback, but the Mules won't lack for experienced receivers and a strong defense this season. Senior Coby Love, who backed up Reed Anderson the past two seasons, will take over the quarterback position. He will throw to senior wide receivers Billy Conn and Aaron Proctor. Conn had 17 receptions for 177 yards and two touchdowns last season, and Proctor finished with 31 catches for 433 yards and six TDs. Senior tight end Jack Seger also played a key role in the offense last year, finishing with 25 receptions for 288 yards and two TDs. Returning six starters, the Mules' defense will be paced by a secondary that includes senior Josh Galindo and juniors Curtis Johnson III and Jadon Scott, and a linebacker corps led by junior Gage Maples. Galindo had 78 tackles, two sacks and two interceptions last season, and Johnson had 28 stops and two picks. Maples had an impressive sophomore season, finishing with 48 tackles, two sacks and two interceptions. The standouts on the defensive line are seniors Henry Bell and Curtis Gunn. Gunn had 44 tackles and two sacks last season and Bell finished with 28 tackles and two sacks. Mike Norment is starting his eighth season as Heights head coach and 23rd on the school's coaching staff. 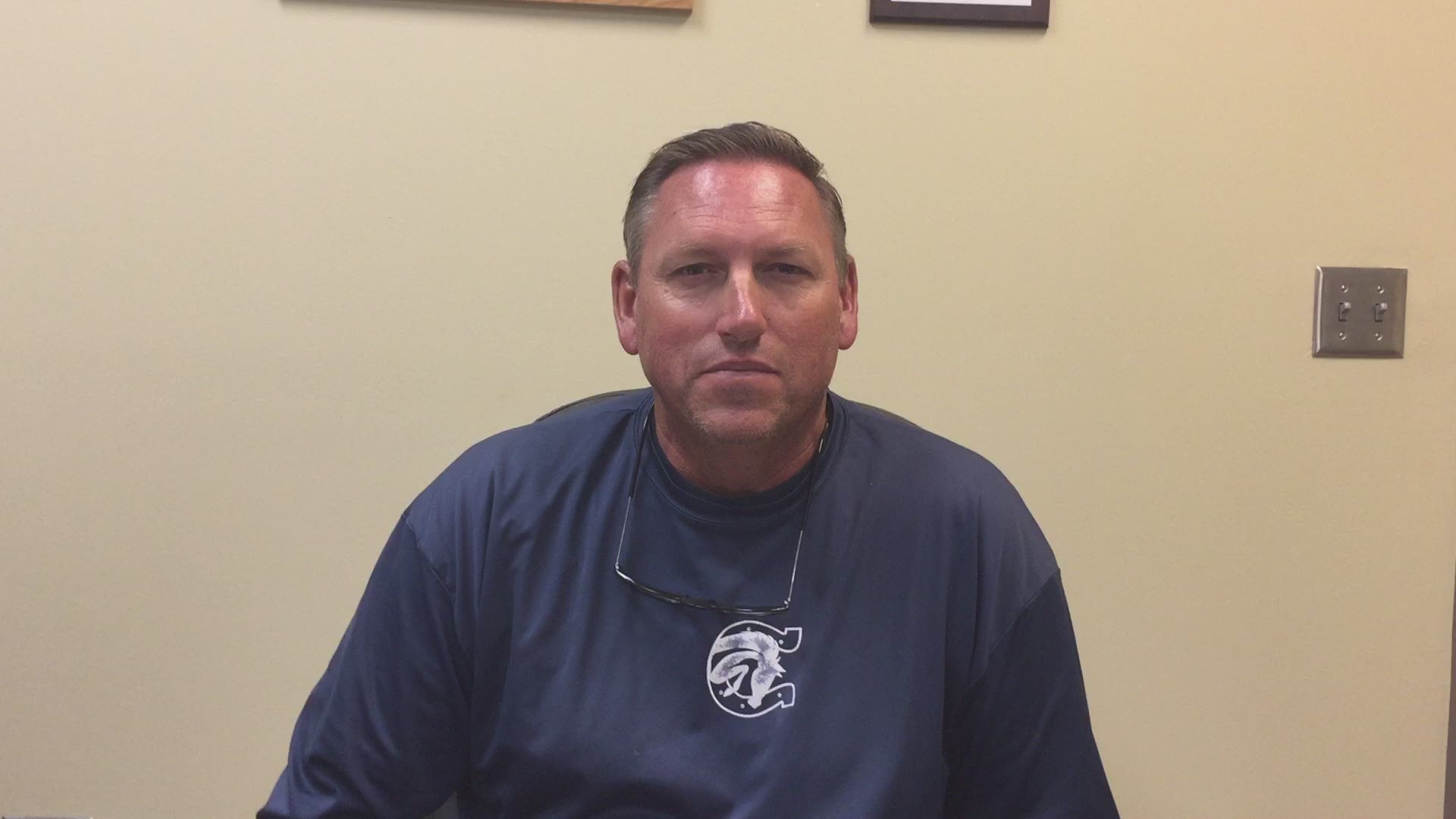 Outlook: Any discussion about Boerne Champion's chances for a long playoff run this season begin and end with prolific dual-threat quarterback Luke Boyers. A senior, Boyers is a playmaker who's a scoring threat every time he touches the ball. He had an outstanding junior season, passing for 1,839 yards and 20 touchdowns and rushing 1,406 yards and 21 more TDs. Boyers will get ample help from senior running back Tamari Jenkins, who rushed for 783 yards and five TDs and had two scoring receptions last season. Junior Ethan Laing, an all-district punter who also rushed for 254 yards and five TDs in 2018, is another capable running back. Boyers, Jenkins and Laing will work behind an offensive line anchored by senior Harrison Moskal, who had 28 pancake blocks last season. The defense will be anchored by senior trio of linebackers Brant Gault and Lake Schara and free safety Bowen Fjord. Schara, who was moved from the defensive line in the offseason, had 44 tackles and five sacks last year. Gault also had an impressive junior season, finishing with 30 tackles, two interceptions and one TD. Fjord had 80 tackles last year. The Chargers are starting their seventh season under coach Keith Kaiser, who has guided Champion to the playoffs in each of the past five seasons. 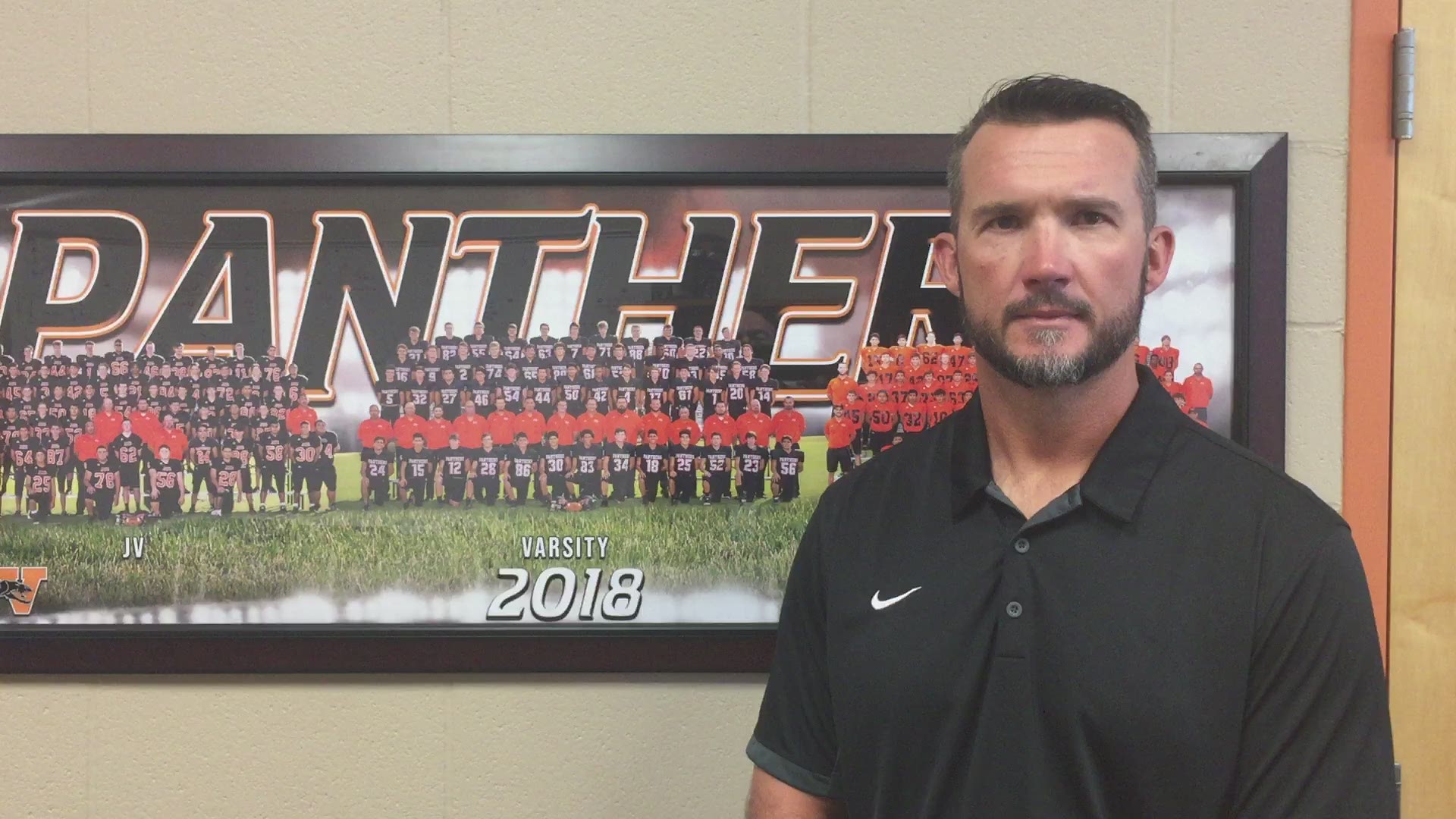 Outlook: Medina Valley will start the season under new head coach Lee Crisp, who was on the Panthers' staff for two seasons before getting promoted. The head-coaching job is the first in football for Crisp, a 1999 MV graduate. He succeeds Chris Soza, who resigned in April to become head coach at Beeville. MV went 18-14 and made the playoffs twice in three seasons under Soza. Crisp inherited a team that returns 10 starters from last year's 7-4 playoff team, including senior running back James Gipson, senior center Spencer Payne and senior middle linebacker Grant Snider. Gipson rushed for 1,236 yards and 18 touchdowns last season, and Payne was named the district's lineman of the year. Both are three-year starters. Senior Charlie Marsh, another three-year starter, will be the Panthers' quarterback after playing on the defensive unit last season. Snider and senior tackle Trace Ferguson, who had 52 tackles and seven tackles as a junior, will anchor the defense. Crisp was an assistant coach at Clark and Reagan before joining Soza's staff in 2017. 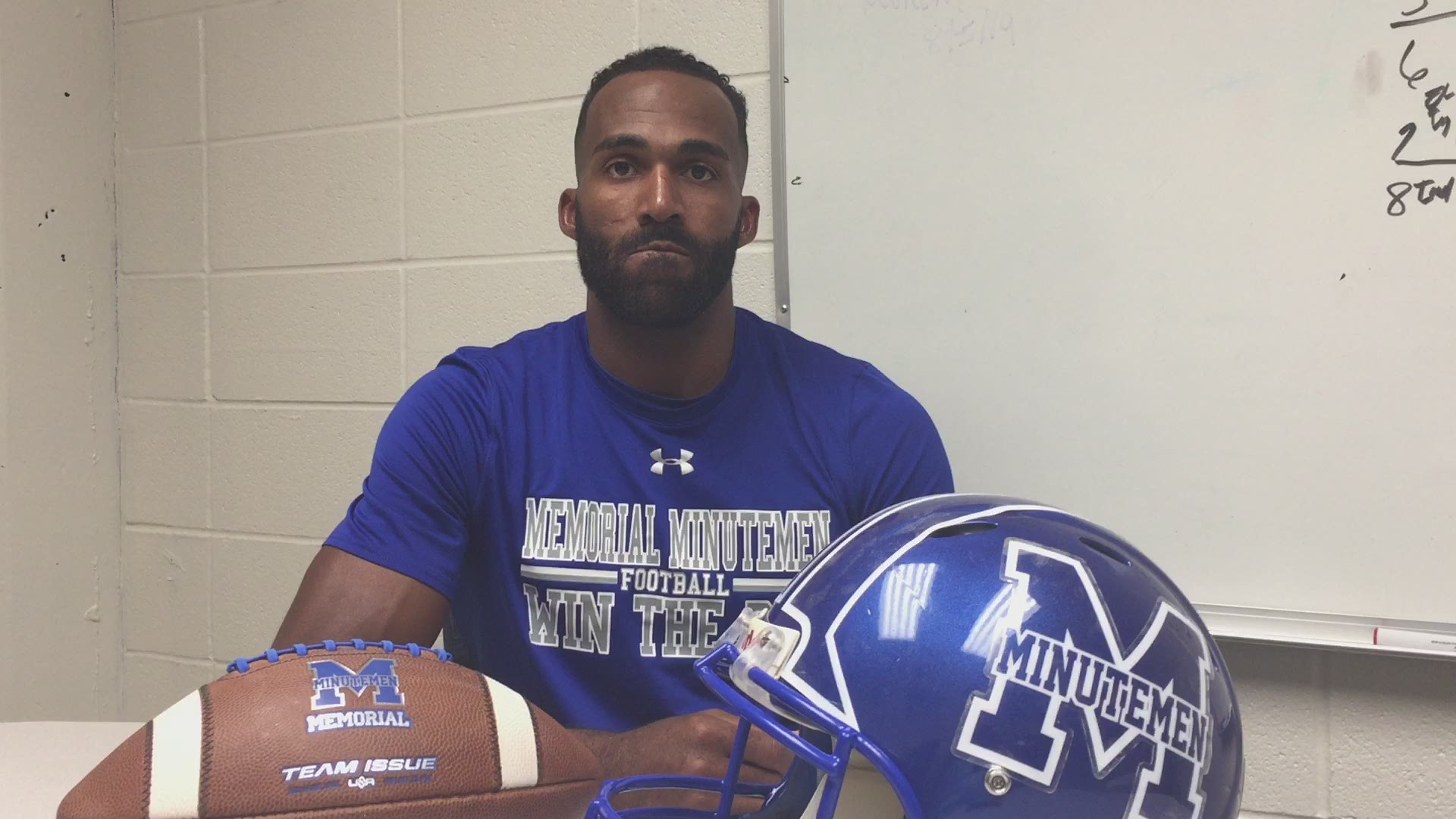 Outlook: Memorial had quite a comedown from its historic 2017 season last year, finishing 1-9 overall and going 0-7 in a much tougher district. The Minutemen won their first football district title ever two years ago, but were dealt a tough blow when the UIL's biennial realignment in 2018 moved them into a league that includes such area heavyweights as Kerrville Tivy, Alamo Heights, Boerne Champion and Medina Valley. Undaunted, Memorial has moved on and is eager to jump back into the fray. The Minutemen return seven starters each way, including quarterback Joel Lozano and linebacker/nose guard Nathaniel Palacios. Wide receiver Alan Hernandez, one of Lozano's primary targets last year, is also back. The best player on the offensive line is Angel Banderas. The ringleaders on defense are linebackers C.J. Cardenas, Nathaniel Palacios and Jimmy Trevino and cornerback Rene Jimenez. Palacios also can line up at nose guard. Memorial overcame a 1-3 start in 2017 to snap a streak of 22 losing seasons. The Minutemen won seven games in a season for the first time since 1970, when Memorial went 8-2 in its fourth year.

Coach: Ben Benavides, 1-9 in one season at Kennedy 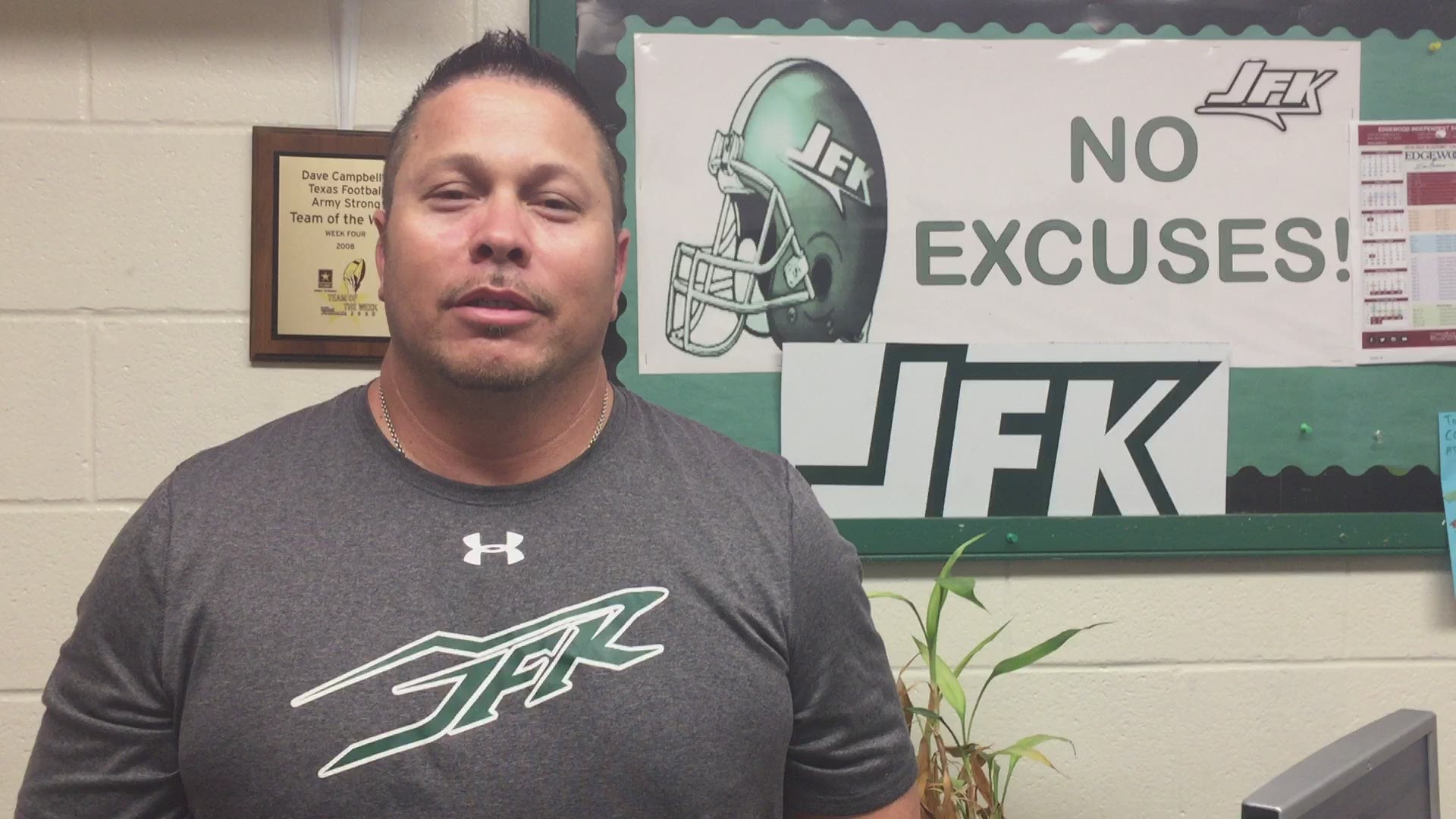 Outlook: Kennedy moved the needle ever so slightly last year, finishing 1-9 in its first season under coach Ben Benavides. The Rockets, 0-10 in 2017, return only seven starters from a team that finished seventh in the final district standings. A 1989 Kennedy graduate, Benavides is in his second stint with the Rockets. He was JFK's defensive coordinator for nine seasons before going to Burbank, where he held the same position until returning to his alma mater six years later. Fullback/linebacker Fernando Sandoval, one of the toughest players on the Rockets' roster, is expected to contribute in a big way on both sides of the ball. Nathan Martinez will start at quarterback and Ted Carrillo, who also plays cornerback, is back at wide receiver. Safety Eulalio Magallanes, end Tony Ruiz and cornerback Greg San Miguel will anchor the defensive unit. Kennedy hasn't had a winning season since finishing 7-3 in 2013 under coach Richard Cerda. The Rockets finished with winning records in each of their last four seasons under Cerda, who left Kennedy in 2014.