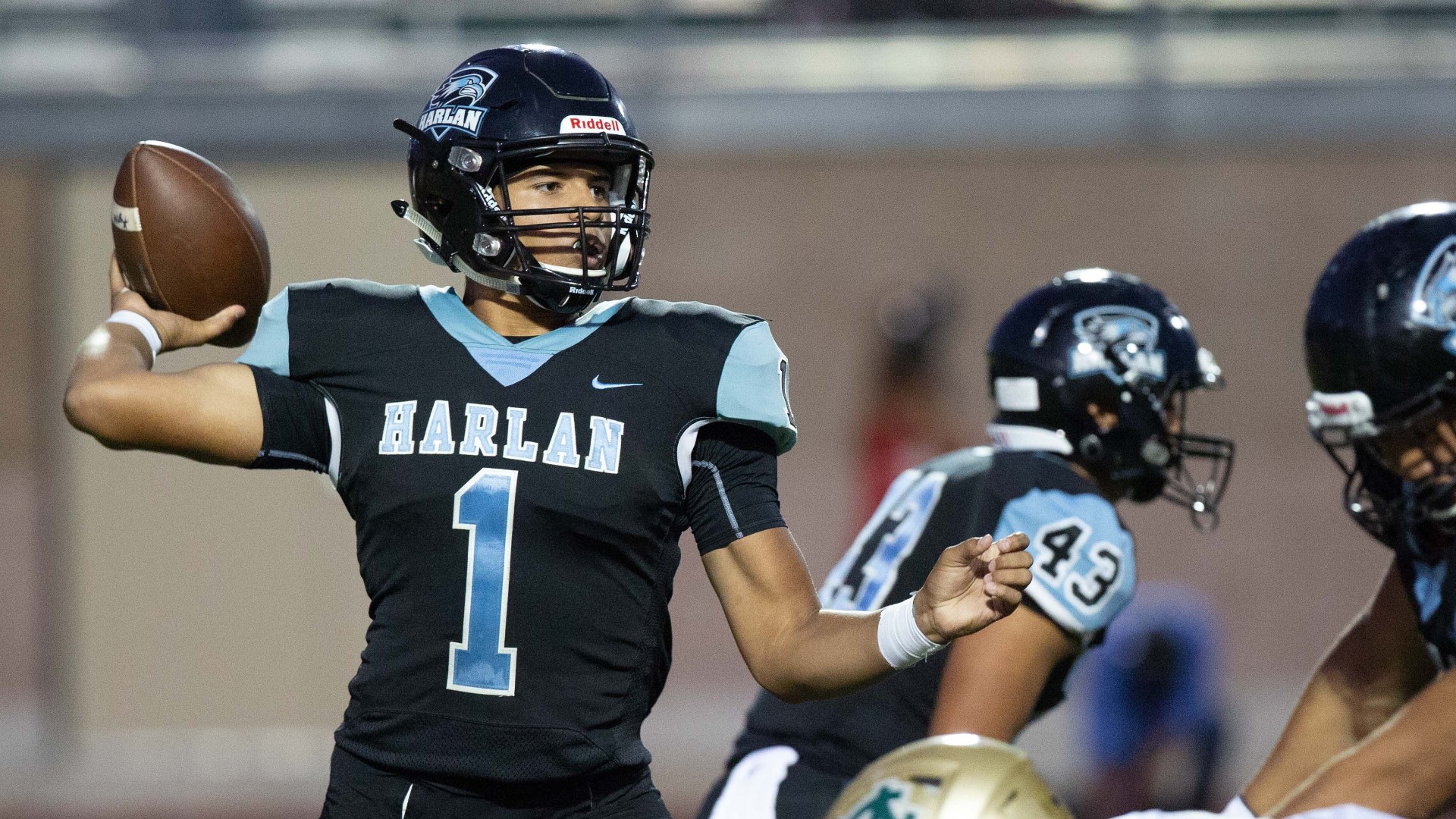 Predicting the District 14-5A / Division I race

2. Southwest (2,108): Dragons did well after dropping to 5A last year, going undefeated in district.

Here is a breakdown of the five San Antonio-area teams in District 14-5A / Division I:

Coach: Eddie Salas, 8-4 in one season at Harlan

Last playoff appearance: 2018, lost to Veterans Memorial 58-21 in 5A Division I second round 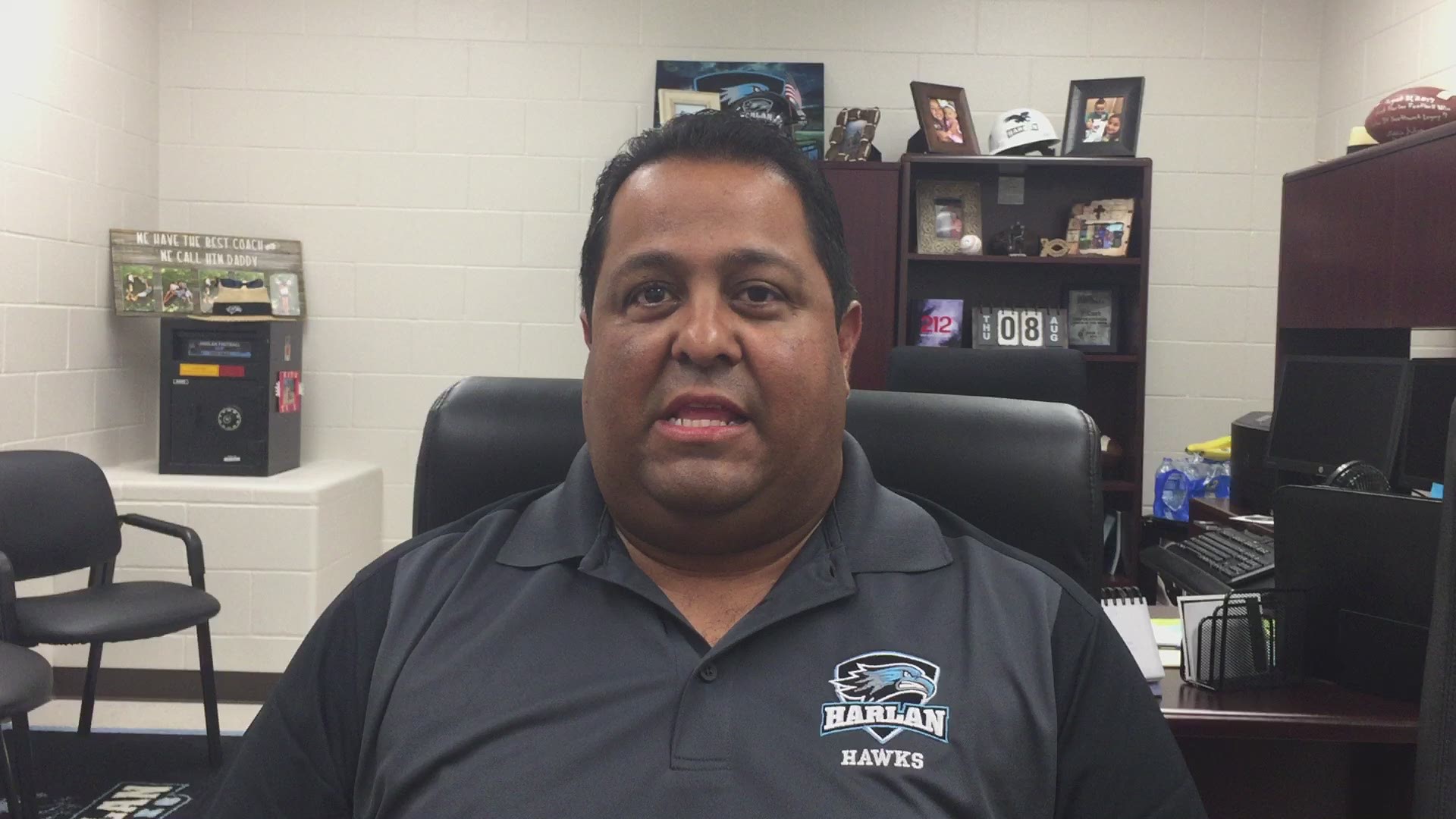 Outlook: Returning 17 starters, 10 on offense, from an 8-4 playoff team, Harlan will start its second varsity season as one of the most experienced teams in the San Antonio area. The Hawks made their first varsity season a memorable one, reaching the second round of the playoffs after finishing in a two-way tie for second in the district. The headliner on the Harlan roster is junior quarterback Kannon Williams, who was named the district's newcomer of the year after passing for 1,645 yards and 13 touchdowns and rushing for 520 yards. The Hawks return two other offensive standouts, junior running back Aubrey McDade and senior wide receiver Jacory Logan. McDade rushed for 1,010 yards and 12 TDs in 2018, and Logan had 48 receptions for 715 yards and six TDs. Senior safety Zane Svoboda, who had 128 tackles last year, and senior Louis Cannon will anchor the defense. Cannon finished last season with 33 tackles and two sacks. Harlan will open its second season against Holmes, where coach Eddie Salas headed the program for four seasons before leaving to take the Harlan job in 2017. 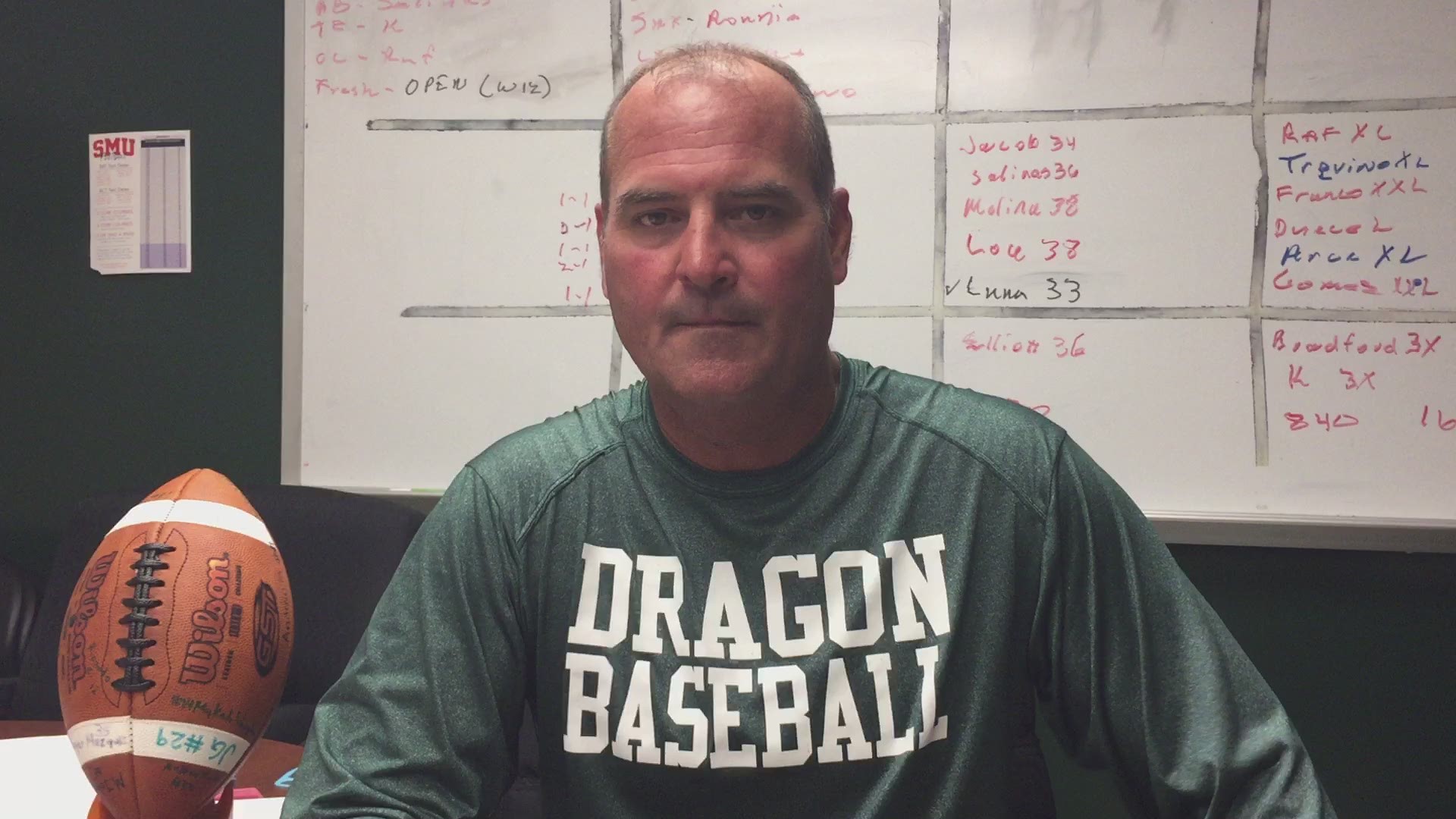 Outlook: Southwest made its first season back in the UIL's second-largest classification a memorable one, going unbeaten in district and reaching the second round of the playoffs for the first time since 2008. Although the Dragons lost heavily to graduation, their cupboard of talent is hardly bare. Junior Matthew Luna is back at quarterback and so is junior wide receiver Ricky Coronado, giving Southwest a solid passing combo. Two of the best athletes on the team, Luna and Coronado also will see action in the secondary. Running back/linebacker Justin Vargas and fullback/linebacker Victor Torres, also are expected to see two-way duty. Junior running back/safety Andre Mitchell has the potential to be an offensive threat. Matt Elliott is in his second stint as head coach at Southwest, and has gone 65-19 in two stints with the Dragons. Southwest is the alma mater of Ty Detmer, who won the 1990 Heisman Trophy while playing for Brigham Young. A 1987 Southwest graduate, Detmer led the Dragons to the third round of the playoffs as a junior in 1985.

Last playoff appearance: 2018, lost to Wagner 59-7 in 5A Division I bidistrict 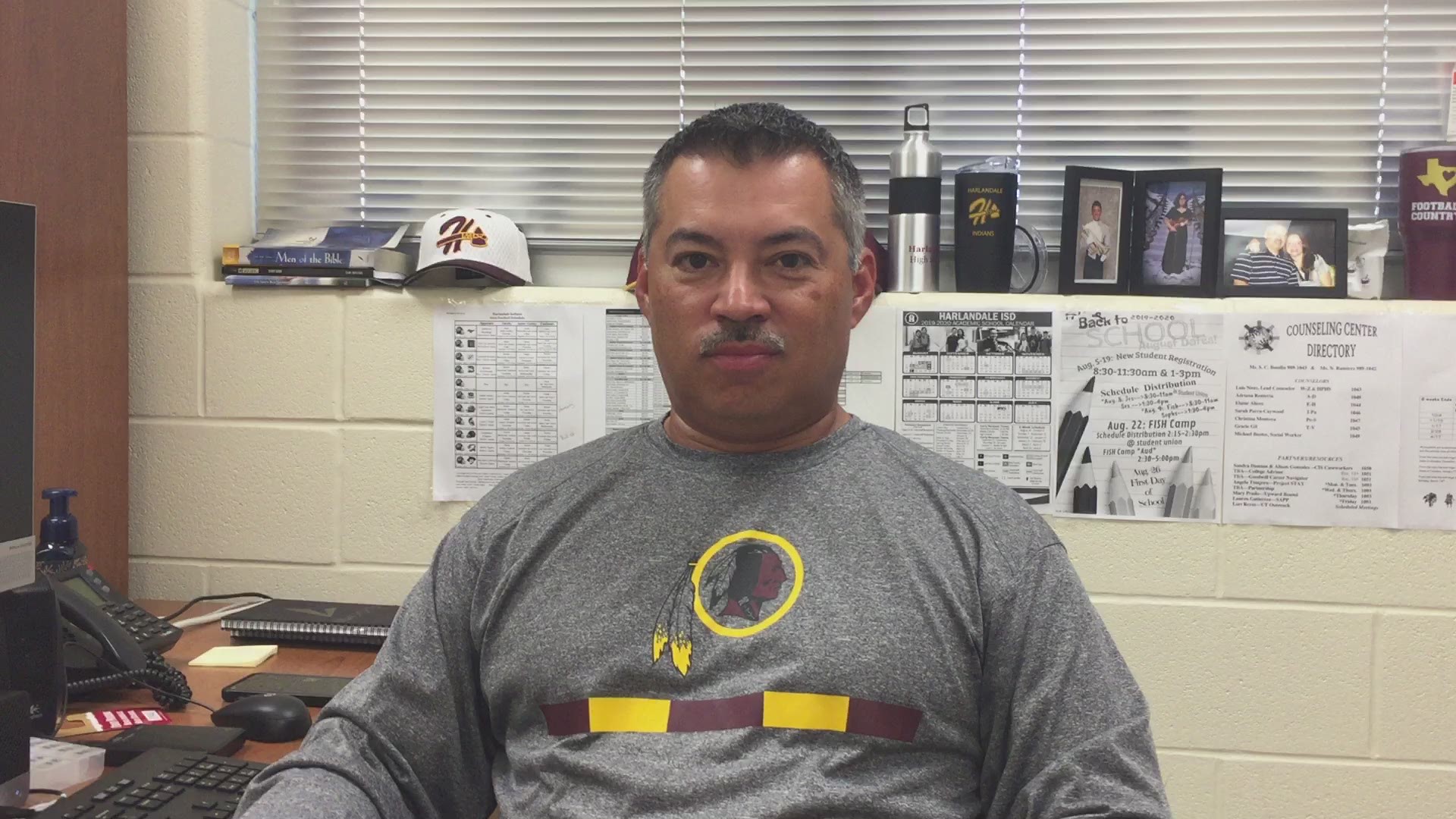 Outlook: Things are looking up for Harlandale. After winning only one game in their first season under coach Albert Torres in 2017, the Indians made the playoffs and finished 6-5 last year. Senior quarterback Nicholas Veliz, who passed for 952 yards and five touchdowns, is among seven returning starters on the Harlandale roster. Senior wide receivers Ruben Gonzalez and Joel Perez are also back. Gonzalez had 34 receptions for 394 yards and one TD last season. Jayson Garza and Nicholas Munoz will anchor the offensive line. The Indians' defense will be led by senior end Ricardo Flores, junior linebacker Stephen Garza and senior linebacker Kaleb Vera. Harlandale made the playoffs four years in a row before missing the cut in 2016, longtime coach Isaac Martinez’s last season. The Indians open their season against Jefferson on Aug. 31 at Alamo Stadium.

Coach: Matt Uzzell, 1-8 in one season at McCollum 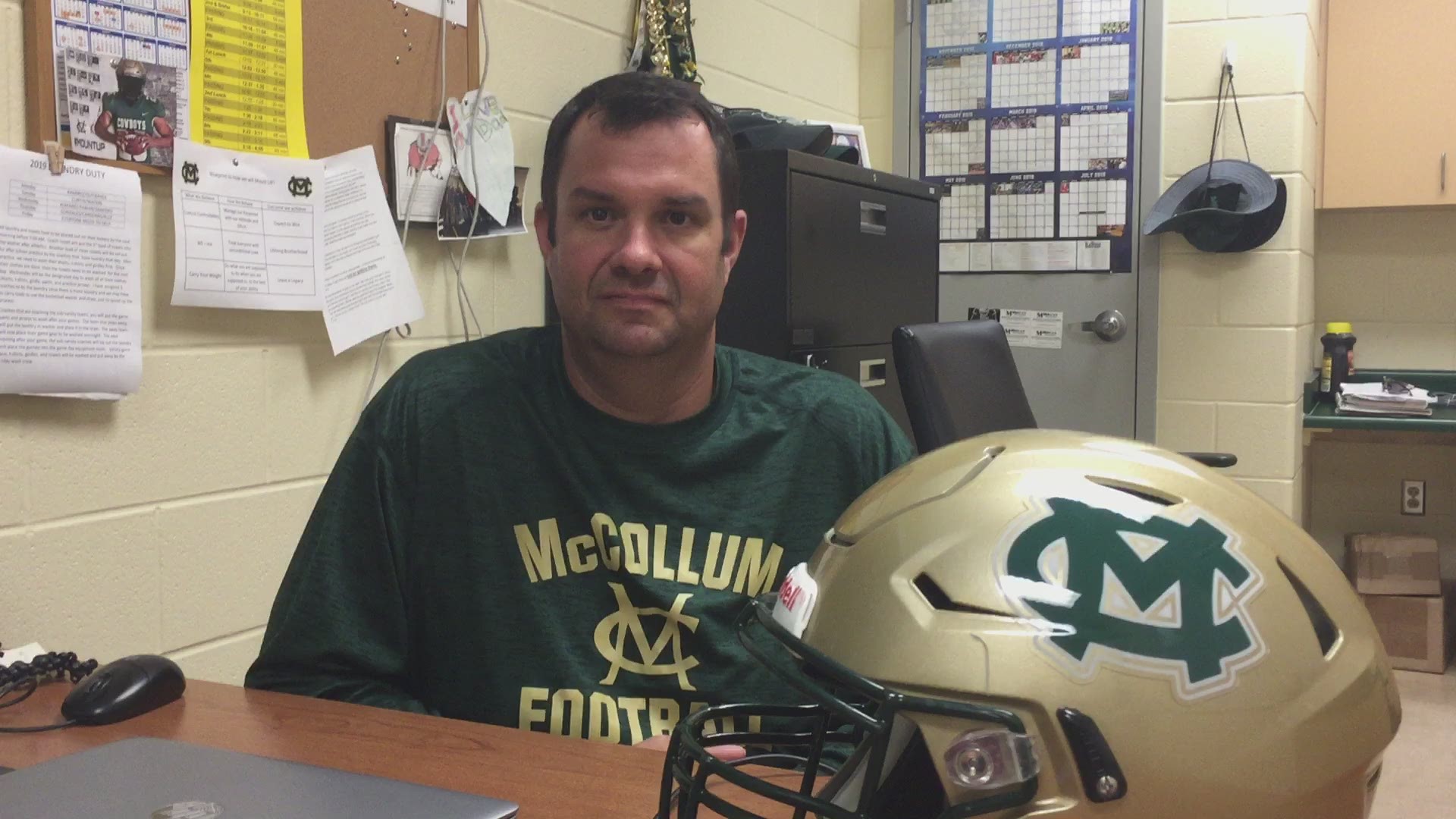 Outlook: McCollum's only victory of the season last year snapped an 18-game losing streak that included an 0-10 finish in 2017. The Cowboys have gone 3-27 in the three seasons since their last playoff appearance in 2015, and haven't finished above .500 since going 8-3 in 2011. While McCollum struggled mightily last season, their first under coach Matt Uzzell, they continued to persevere. A 1997 McCollum graduate, Uzzell was the offensive coordinator at Trinity before returning to his alma mater in 2018. Junior quarterback Ryan Ramirez, who passed for 988 yards and and seven touchdowns last year, has improved steadily since seeing playing time on the varsity as a freshman. Seniors Jovannie Cerda and Michael Rodriguez will lead the offensive line. The defensive stalwarts are senior Alex Robles and Jason Fernandez in the secondary and senior Jared Luevanos at outside linebacker.

Coach: John Tarvin, 0-10 in one season at Southwest Legacy

District 14-5A / Division I opener: at Southwest, Sept. 27, Dragon Stadium 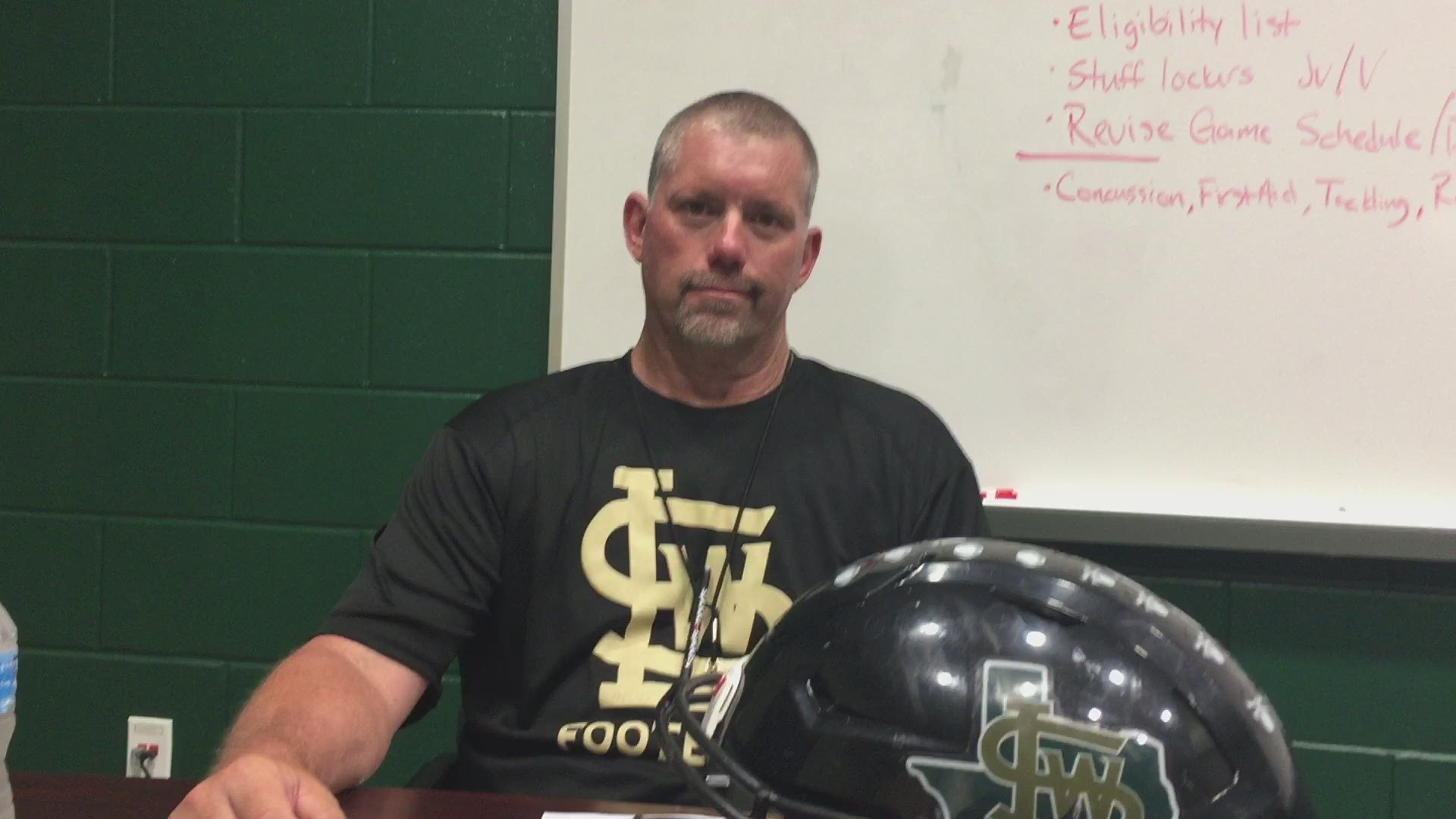 Outlook: With 17 starters back, Southwest Legacy is confident about its chances of moving up in the district standings this season. Two of the best athletes on the Titans' roster are senior running back Marcus Cantu and senior quarterback Xavier Moreno. Cantu rushed for 513 yards and five touchdowns last year, and had 63 tackles as a linebacker. Moreno, who finished his junior season with 71 tackles, also plays linebacker. Running back Damien Hernandez rushed for 313 yards as a sophomore last season. Moreno will look to wide receivers Pete Lopez and Jorge Pineda in the passing game. Lopez, a senior, had 21 receptions for 276 yards and two TDs last year and Pineda, a junior, finished the season with 20 catches for 213 yards and two scores. Senior center Daniel Ornelas, who had 17 pancake blocks in 2018, is the leader on the offensive line. Junior end Zachary Luna and junior free safety Raymond Wilcox anchor the defense.