DeRozan says he's focusing on the season, not his contract

All-Star guard DeMar DeRozan, Spurs reportedly are having discussions on a contract extension. 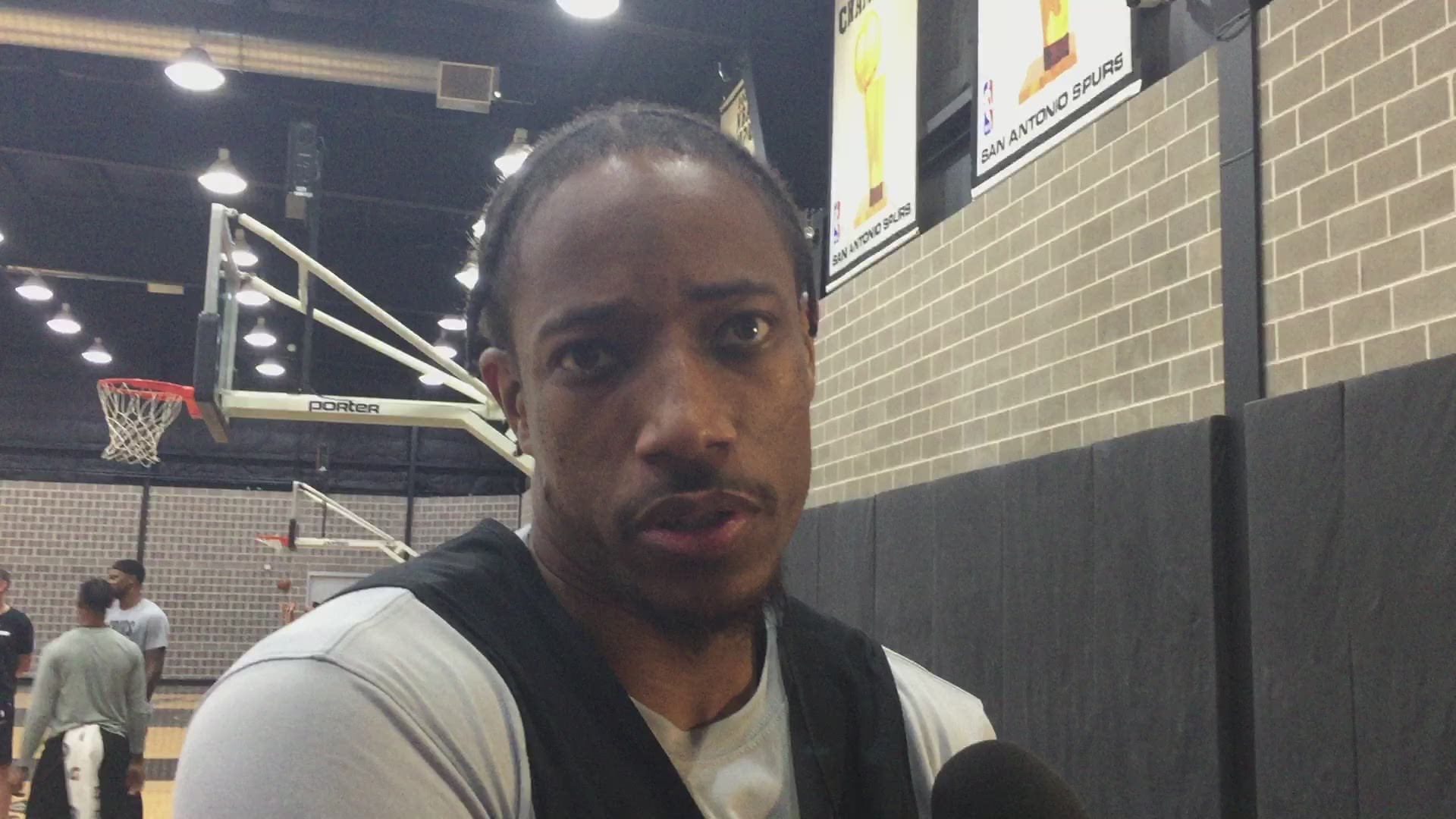 SAN ANTONIO — Spurs All-Star guard DeMar DeRozan repeated Saturday what he said at the team's media day earlier in the week: He is focused on getting ready for the season, not a possible contract extension.

DeRozan and the Spurs are having discussions on an extension, although nothing is imminent, Shams Charania of The Athletic reported Friday. Charania cited league sources.

DeRozan was asked about the report after Saturday's shootaround at the Spurs' practice facility.

"You know more than me," DeRozan told a reporter. "Honestly, I just concentrate on practice. That doesn't even cross my mind, honestly, unless somebody brings it up to me or I see it.

"Other than that, that's not my main focus. My main focus is get ready for this game tonight."

The Silver and Black play their preseason opener against the Orlando Magic on Saturday night at the AT&T Center. Tipoff is at 7:30.

Credit: Photo by Antonio Morano bit.ly/XR79FT / Special to KENS5.com
Spurs guard DeMar DeRozan averaged 21.2 points, 6.0 rebounds and a team-high 6.2 assists in his first season with the team in 2018-19.

DeRozan dismissed the question about his contract at the Spurs' annual media day Monday. He has a player option for 2020-21 that would pay him $27.7 million.

DeRozan, who turned 30 in August, is eligible for a max four-year $150 million extension, but considering his age, it's unlikely the Spurs would pay him that much.

“That’s not on my mind,” DeRozan said on media day. “My focus is to go out there and hoop. How everything will unfold, that’s how it will unfold.”

DeRozan, who played his first nine seasons in the NBA with Toronto, was dealt to San Antonio last summer in the blockbuster trade that sent Kawhi Leonard to the Raptors.

DeRozan was the Silver and Black's second-leading scorer with a 21.2 average – LaMarcus Aldridge was No. 1 at 21.3 – and he also averaged 6.0 rebounds and a team-high 6.2 assists. His rebounding and assist averages were career highs.

The Silver and Black open the regular season against the New York Knicks on Oct. 23 at the AT&T Center.