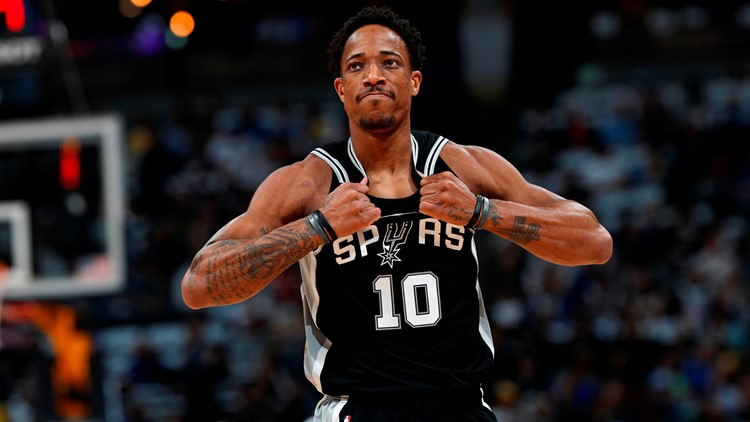 Photo by: (AP Photo/David Zalubowski)
Guard DeMar DeRozan scored 31 points on 11-of-19 shooting in the Spurs' 114-105 loss to the Nuggets in Game 2 of their first-round playoff series Tuesday night in Denver.

And sometimes it's defeating an NBA All-Star in a good ol' game of Knockout.

Some adorable video shared by the Spurs Twitter account Thursday shows exactly that happening, with San Antonio Spur DeMar DeRozan on the losing end of a dramatic game on the hardwood. Playing with several young hoopsters at the Mamba Sports Academy, DeRozan put on a nice show – including a dramatic dunk! – but eventually couldn't sink his shot before the player behind him.

In the spirit of sportsmanship, DeRozan made sure the eventual victor of the game received a hero's lift. We're sure his day was made!