'I breathe cricket': The love of cricket brews in North Texas

North Texas has three large recreational cricket leagues and a total of more than 300 teams. Games are played day and night, nearly every day of the week. 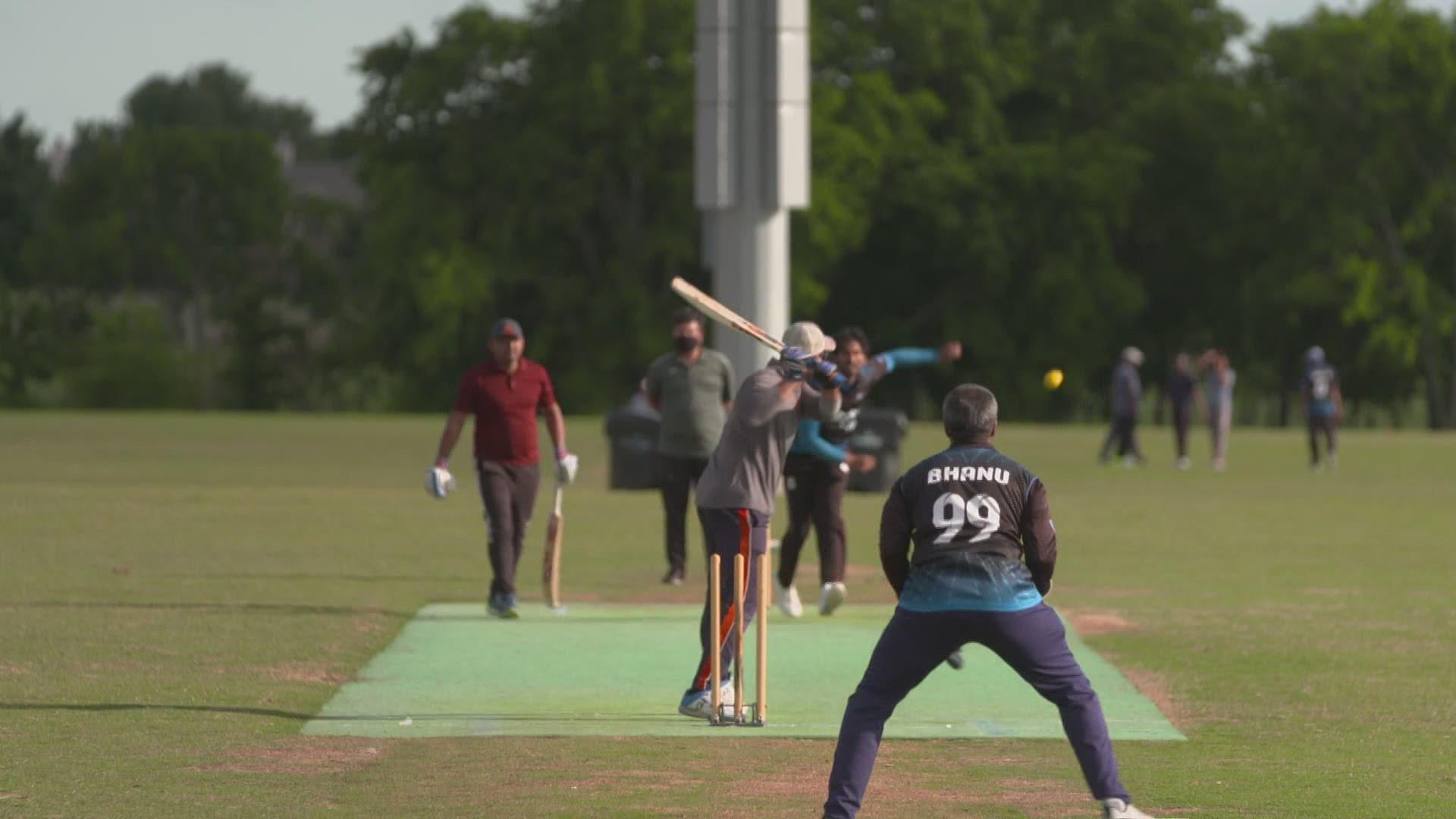 FRISCO, Texas — On most weekends in North Texas, an open grass field is a rare find. The fields are ruled by sports most of us know: soccer, football, and baseball.

But in the last decade the emerging sport of cricket has taken a foothold in the region.

"We live, breathe, eat, drink, and sleep cricket," laughed Rajesh Cherukupalli. Rajesh immigrated to the U.S. in 1991 and has always sought places to play his childhood sport.

The 16th century international game is now in full view in North Texas, with a number of cricket pitches throughout parks, bringing together spectators and competitors.

Frisco Cricket League (FCL), for example, is the first nighttime cricket played in the region. Three years ago it was made up of 12 teams and now it's tripled to 36.

"Cricket in North Texas has become celebration. There is a queue of 20 teams waiting to join this league," said Rajan Dwivedi, developer of the FCL, which plays Friday thru Sunday evenings.

North Texas alone has three large recreational leagues and more than 300 teams, in total. Each team can carry a roster of up to 25 players.

Sibu's indoor facility is home to the rare indoor cricket league, which plays with different rules and shorter grounds, and is also beginning to take off.

"Where soccer was 15 years back is where cricket is now," said Sibu.

While some liken the game to baseball, many WFAA spoke with would smirk and quickly say 'it's not.'

Dwivedi tells WFAA he created a specific cricket ball that was softer for recreational use while still having the same feeling of a real cricket ball.

"[The ball] is approximately 135 grams. This is particularly made for night cricket so people can see it well," Balaji Muthukumar-Veeramani describes the specially-designed yellow cricket ball.

It may not be like baseball, but it is a bat and ball sport. In slow motion, you can appreciate the beautiful dance of the bowler and the dogged pursuit of the batsman.

For Rajesh Cherukupalli, who fondly remembers his playing days in India, cricket is a family activity. His son Mihir, who is a wicket-keeper and batsman, was just named to USA Cricket's Under 19 training group.

"I think he's more crazy than me. But I hope I'm pretty close because I love the game," said Mihir about his father and their love for cricket.

Few expected the sport to explode the way it has in the Dallas-Fort Worth area. But Texas has the second largest population of South Asians in the U.S.

"There are high tech jobs. A lot of people come from India and even other countries. Cricket is their childhood sport. It awakens them," said Rajan.

It is a game of angles, precision, spins and strategy. The U.S. is still playing catch-up on a sport that has been around for centuries, but North Texas might be the shining example.