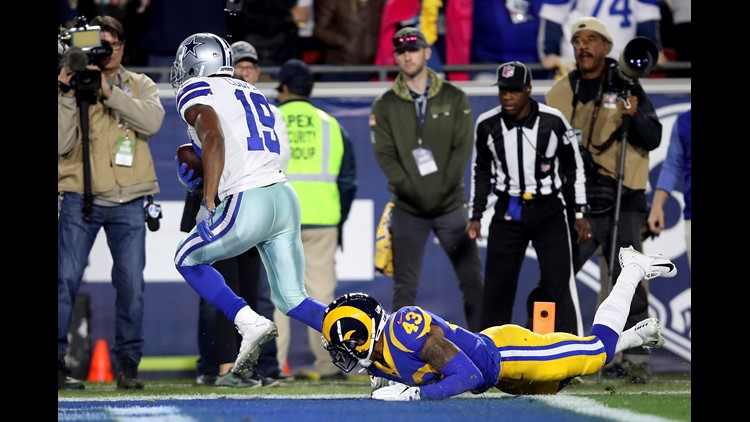 The Dallas Cowboys are in Los Angeles for a playoff bout with the Rams, and the chance to reach their first NFC Championship game in 23 years. WFAA has a crew in the City of Angels to bring you the latest.

@wfaa/Cowboys coverage on Twitter
From breaking news and entertainment to sports and politics, get the full story with all the live commentary.

The Cowboys fourth quarter started with a dud.  On 4th & 1 at the Rams 35, Ezekiel Elliot was stuffed at the line of scrimmage, never getting close to the first down marker.  Rams ball.

As Dallas took the ball back, they basically needed to pull off a miracle.  Prescott hit Michael Gallup over the middle on the first play of the possession, to create a modicum of Cowboys energy. But then a third & 8 pass to Amari Cooper got the Cowboys a yard short, leading to another 4th down conversion attempt.  Dak Prescott rolled out, scrambled for the first down, and kept the chains moving, as the clock rolled under 5 minutes to play.  A pass to Amari Cooper got the Cowboys inside the 30.  A checkdown to Zeke Elliott got the Cowboys a first down, inside the 25.  After a couple short plays, 3rd & 3 was negated by a nice diving pass breakup by the Rams defense, setting up another do or die 4th down.

That touchdown and extra point wasn't enough, though, and the Rams kept the ball after the next kickoff until the end of the game. The final out of L.A.: Rams 30, Cowboys 22.

The way the Cowboys offense began the second half was likely to determine an awful lot about the rest of this game.  And the Cowboys did nothing. Three plays, three yards, punt.  Whatever they may have found late in the second quarter, driving into the Rams territory, evaded them on their first possession of the second half.  And it was the Cowboys defense was once again.

The Rams didn't twist the knife on their ensuing drive, but they did sink it a little further, moving into Cowboys territory thanks to a pretty ball from Jared Goff on a 3rd & 4, and a couple runs from Gurley & Anderson.  Greg Zuerlein hit his third field goal of the day, and the Rams led 23-7.

If the Cowboys didn't get something on this next drive, they were cooked for the night.  And clearly Jason Garrett felt that, deciding to go for it on 4th & 1.  Prescott and Elliott ran an option to the right side, and Elliott got it with ease.  And then, a few plays later, on a 1st & 20 after a holding penalty, Prescott was flushed out of the pocket, stepped forward, and launched a beauty to Michael Gallup who hauled in a Willie Mays-esque over the shoulder catch, to get the ball down to the LA 2 yard line.  Two plays later, Elliott plunged up the middle for the touchdown, and the lead was down to 10.  After a Prescott to Cooper two-point conversion toss, the Cowboys had cut the lead to a single possession, at 23-15.

On the Rams next possession, the Cowboys defense did what it hadn't done all night -- forced a punt.  LA moved the ball a bit, getting into Dallas territory thanks to another pretty throw from Goff.  But on 3rd & 2, Goff threw incomplete out of bounds, and two penalties against LA were declined, leading to the first Rams punt of the day.

As the third quarter came to an end, the Cowboys had moved into the Rams territory, thanks in part to Cole Beasley's first catch of the day, and a catch from Noah Brown right at the sticks, leading to a 4th & short at the LA 35.

The Rams continued their drive into the red zone, thanks in part to a 3rd & 2 conversion by CJ Anderson, to set up 1st & Goal from the Dallas 9.  On that first goal-to-go play, the Rams appeared to score their first touchdown of the game, on a pass from Jared Goff to Brandin Cooks, but on review, officials determined that Cooks let the ball slip through his grasp, and it was ruled incomplete.  The Cowboys defense capitalized, dragging Todd Gurley to the turf at the 5 on 2nd down, and then forcing an incompletion on 3rd & Goal, as Cooks couldn't get his feet in bounds on a pass from Goff.  For the second time in two chances, the Dallas defense made a clutch stop inside their own 10 yard line, and forced a field goal.  Dallas still led, 7-6.

The Cowboys next possession didn't go far. 21 yards on four plays, and 20 of those yards came on the first play.  Dak Prescott hit Dalton Schultz over the middle for 20, and then the Cowboys followed that with a three yard run, a two yard loss on a pass to Tavon Austin, and an incompletion on 3rd & 9, as Prescott was heavily pressured.  The game's first punt was a 38-yard bouncer from Chris Jones, setting up the Rams at their own 24.

From there, the Rams engineered their first touchdown drive of the 2018 playoffs, going 76 yards in 9 plays, and eating another 4:20 of game clock, and continuing to wear down the Cowboys defense. Largely on the back of CJ Anderson. Anderson finished the job with a 1-yard plunge, to give LA the lead back, 13-7.

On the ensuing Dallas drive, the Cowboys offense was in desperate need of a long possession, to give their defense a rest.  And an opportunity to figure out what the Rams were throwing at them.

Dallas went 3 & out, and punted the ball right back to the Rams.  And LA capitalized.  But not before the Cowboys committed a turnover that was tantamount to a turnover.  The Dallas defense got the 3 & out they needed, forcing a low throw from Goff on 3rd & 14.  But an illegal hands to the face penalty against Byron Jones gave the Rams a free first down, and just two plays later, the Rams gashed the Cowboys again, as Todd Gurley found a massive hole, and scampered 35 yards for the touchdown, to increase the LA lead to 20-7.

The Cowboys offense engineered a little momentum before the half, but couldn't finish the drive.  Elliott got untracked a little bit, getting around the right edge for 15 yards, and getting Dallas down to the 36 of LA. But a bizarre 'in the grasp' call on an alleged sack of Dak Prescott ended the drive, and knocked the Cowboys out of field goal range.  Prescott was swarmed, but was actually never in the grasp of anyone other than La'el Collins, his right tackle.  The officials blew the play dead, though, and Dallas was forced to punt.

The Rams hustled up the field, to get in range for a 63 yard attempt by Greg Zuerlein before the first half gun, but he missed wide to the right.

The Cowboys have the ball first to start the second half.

The Rams started the game strong, pushing the Cowboys front seven all over the field on their opening drive, creating gashes for Todd Gurley and CJ Anderson, as they went on an 11-play, 68-yard drive.  But the Cowboys defense made a key stop on 3rd & 3, as Leighton Vander Esch came on the blitz up the middle, and disrupted the timing of Rams quarterback Jared Goff.  Goff's throw was wide of his target in the left corner of the end zone, and the Cowboys defense got off the field giving up just a field goal.

On the ensuing Cowboys drive, Dak Prescott hit Amari Cooper on a 3rd & 7.  Cooper was dragged down just a yard short, yielding 4th & 1.   Jason Garrett made the call to go for it, and Zeke Elliott delivered, plunging off right guard for five yards and a first down.

On the very next play, following a 15-yard penalty on the Rams, Dak Prescott hit Amari Cooper for a 29-yard touchdown pass over the middle, as Cooper streaked to the far pylon for six.  Just 9 minutes in, the Cowboys held a 7-3 lead, and the Coliseum was extraordinarily loud.

As the first quarter wound to a close, the Rams had driven down into Cowboys territory, thanks in part to their own gutsy 4th & 1 call, converted via a Jared Goff quarterback sneak.

RELATED: Keys for Cowboys to best Rams and return to NFC Championship Game

A rainy morning expected to clear up for game time

Los Angeles woke up to a rainy, dreary morning Saturday, but the drizzle was expected to disperse and give way to partly sunny skies before the 5:15 Pacific Time kickoff between the Cowboys and Rams.

Considering this is the 18th game of the season for the Cowboys, it’s a rather friendly injury report. Wide receiver Cole Beasley and tight end Blake Jarwin, neither of whom practiced all week, were both listed as questionable with intent to be active for Saturday’s game, according to ESPN’s Adam Schefter.

Beasley and Jawin recorded three catches each in last week’s Wild Card playoff game, but were monumental in the thrilling Week 17 win. Jarwin had a breakout game, catching eight passes for 119 yards and three scores, while Beasley made the heroic game-winning touchdown catch in the final moments.

David Irving was the only player ruled out for Saturday’s game on the team’s last injury report. Offensive linemen Zack Martin and Tyron Smith both practiced in full Thursday and carried no injury designation into the weekend.

Dak Prescott, who appeared on the injury report this week with a knee injury, practiced fully all week and also had no injury designation.

For the Rams, it was a more abridged injury report. Running back Todd Gurley was the notable name on the list heading into this week after sitting out weeks 16 and 17. Gurley will suit up for the first time since Dec. 16 Saturday, with no injury designation.

Southern California is like a second home for the Cowboys. Oxnard, about an hour outside of Los Angeles, hosts the team for training camp each year, and they've been reward with a passionate fan base on the west coast. 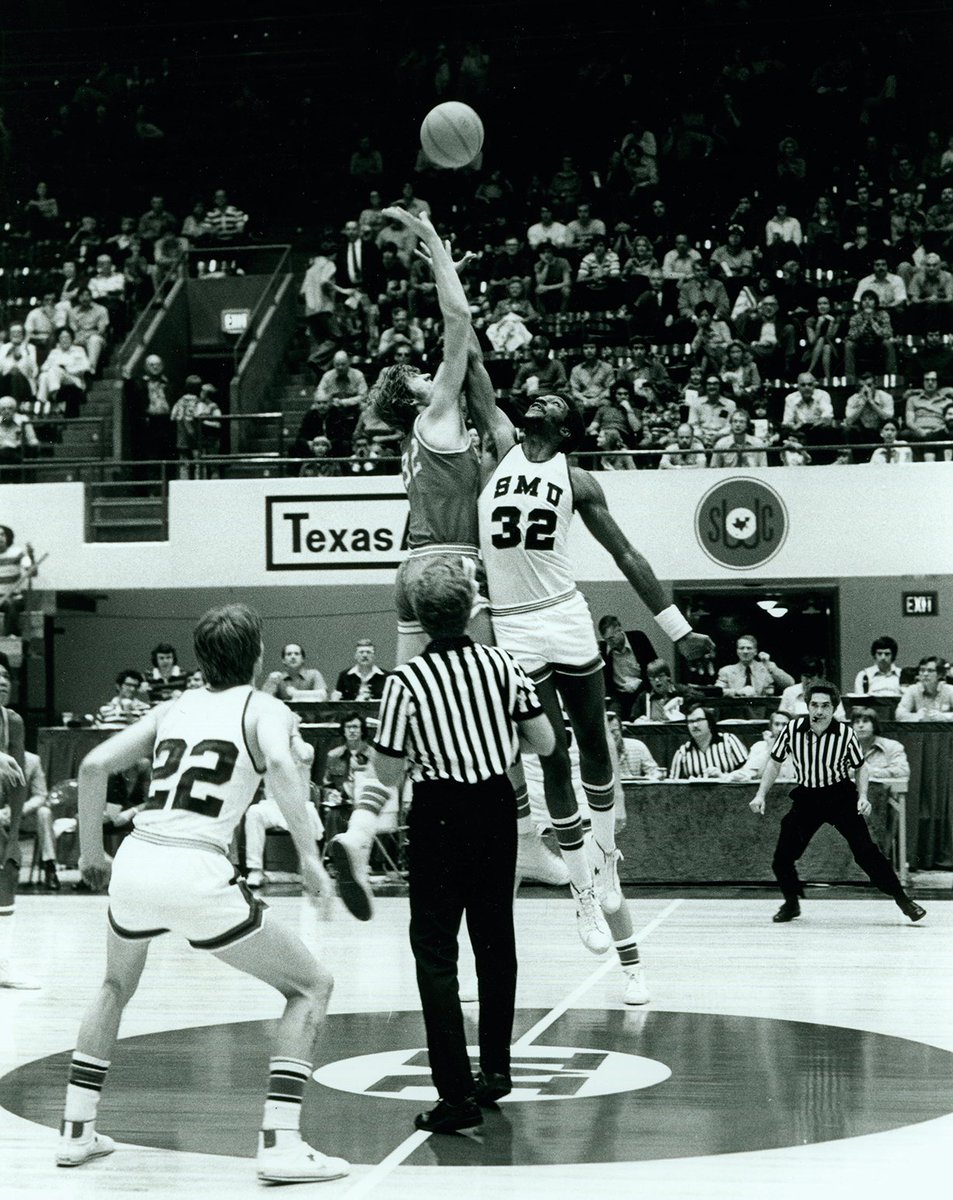 @wfaa/Cowboys coverage on Twitter
From breaking news and entertainment to sports and politics, get the full story with all the live commentary.