The Los Angeles Rams roster is dotted with players from the San Antonio area. 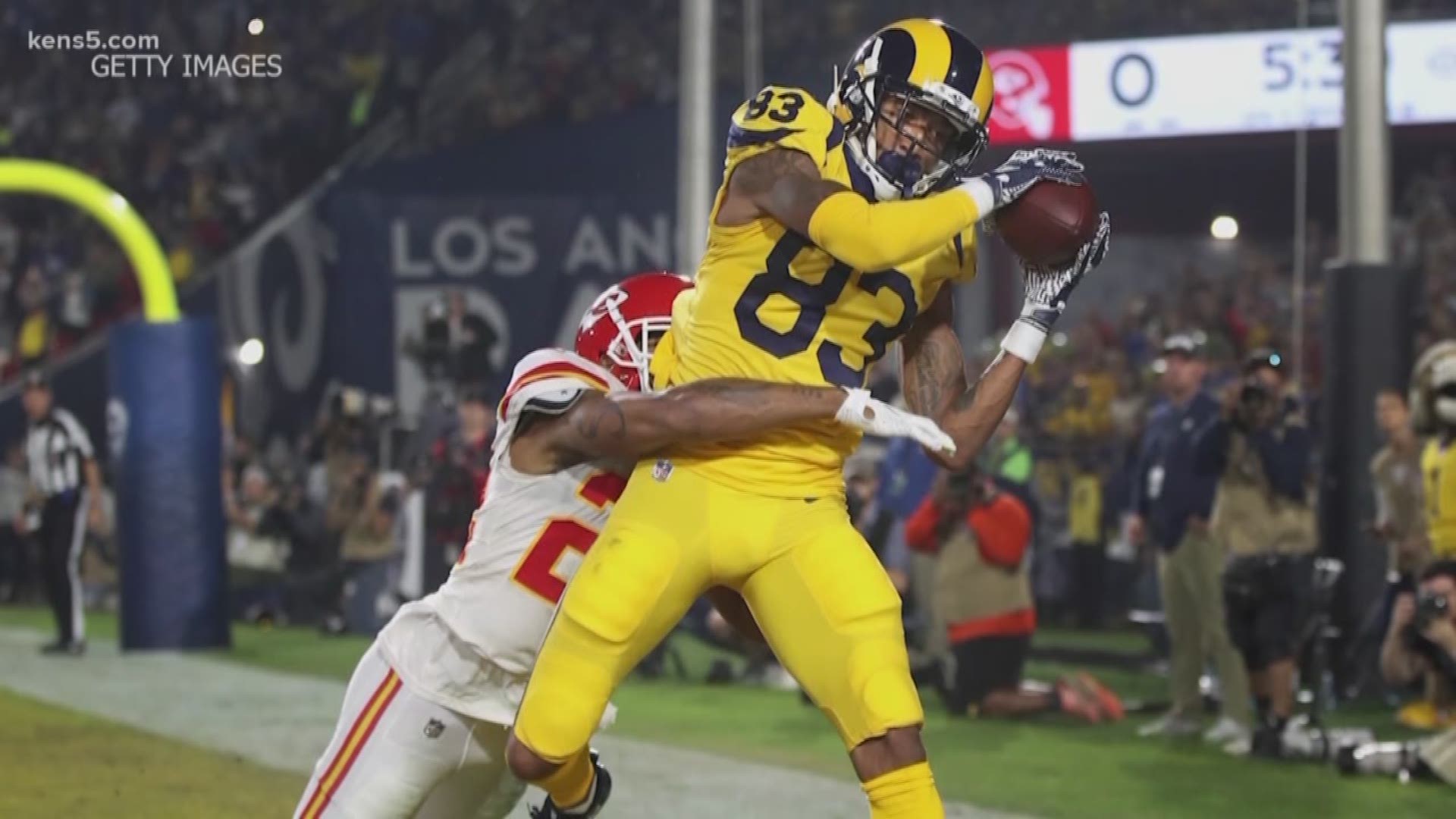 THOUSAND OAKS, Calif. — A lot of football fans in the San Antonio area will be rooting for a Dallas Cowboys win on Saturday, but there are three local products who take exception to that notion.

Rams wide receiver Josh Reynolds said, “I have friends hitting me up right now about the Cowboys. They’re excited about this game.”

It all started with running back and former Steele High School star Malcolm Brown coming to the Rams out of Texas. Then, John Jay alumnus Josh Reynolds came to Los Angeles after his time at Texas A&M. Finally, Brackenridge stud Ramon Richards has found a landing spot with Sean McVay’s team out of Oklahoma State.

“It’s awesome to see other guys from my hometown succeed,” Reynolds said.

Richards said, “We love it. The crazy thing is when we go back home to San Antonio, we all train together. It’s something we stay connected with and give some people back home hope that they have the opportunity as well.”

Brown said with a smile, “We’re getting (a San Antonio native) every year, so hopefully we can grab another one next year.”

Despite the three players and the rest of the Alamo City playing on two different teams this upcoming weekend, the guys on the Rams just hope it is nothing personal.

“You can all have your Cowboys jerseys on as long as you all are rooting for your guy,” Reynolds said laughing.

Brown said, “It’s all fun it’s all love, but in between the lines we have to do our thing.”

Richards said, “I may have to disappoint some family members this Saturday, no love lost though.”

Josh Reynolds will be the only guy suiting up for the big game. Malcolm Brown is still recovering from a season-ending clavicle injury and Richards remains on the practice squad.

Kickoff is Saturday at 7:15 p.m. from the Los Angeles Coliseum.