The 17-year-old out of Judson High School leaves an indelible mark on the San Antonio community, along with countless others around the country and world. 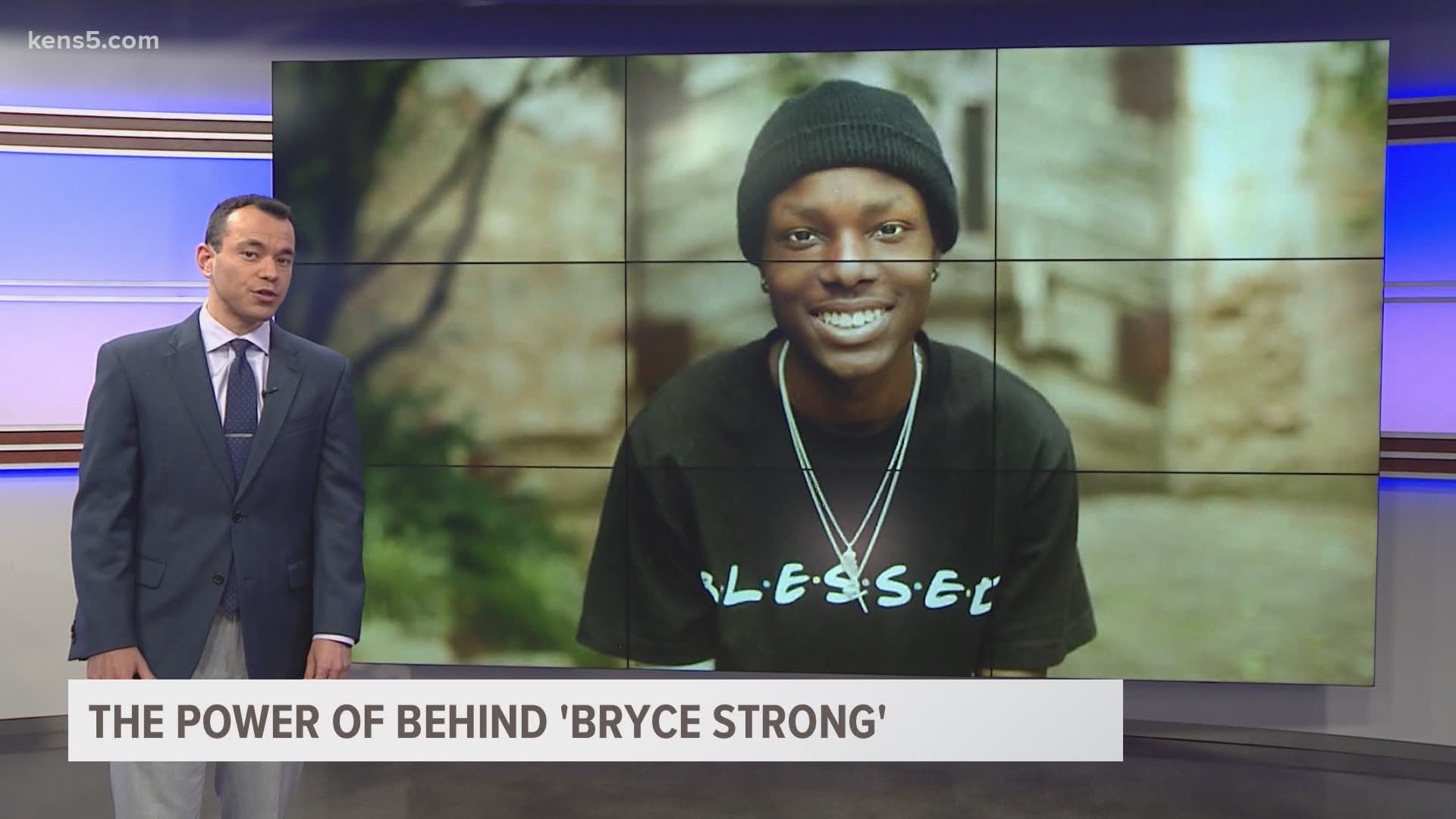 SAN ANTONIO — I tell myself I need to be more vulnerable.

It is hard to do.

After following Bryce's story and the transparency the Wisdom family provided throughout his journey, it is a reminder pride is never a source of power nor strength.

Vulnerability acts as a vessel for love.

As a kid, I did not understand the reality of death, but always recognized its existence.

The dark cloud sleeps ominously over each individual until there is that experience. The reoccurring memory seared into one's psyche.

For as long as I can remember my mom has battled cancer.

It is, seemingly, a never-ending cycle.

Credit: KENS 5
Evan with his mother Rita during one of her battles with cancer.

The most notable part about her fight, as I have witnessed it through various stages of my life, is the ability to comfort others while in pain. How a person feeling at her weakest can exemplify so much strength astounds me.

I do not understand what it is like to be in that position, but it is such an act of selflessness at a time of need.

It is never about pushing away love. It is about reminding those who love you there is still so much love to go around. 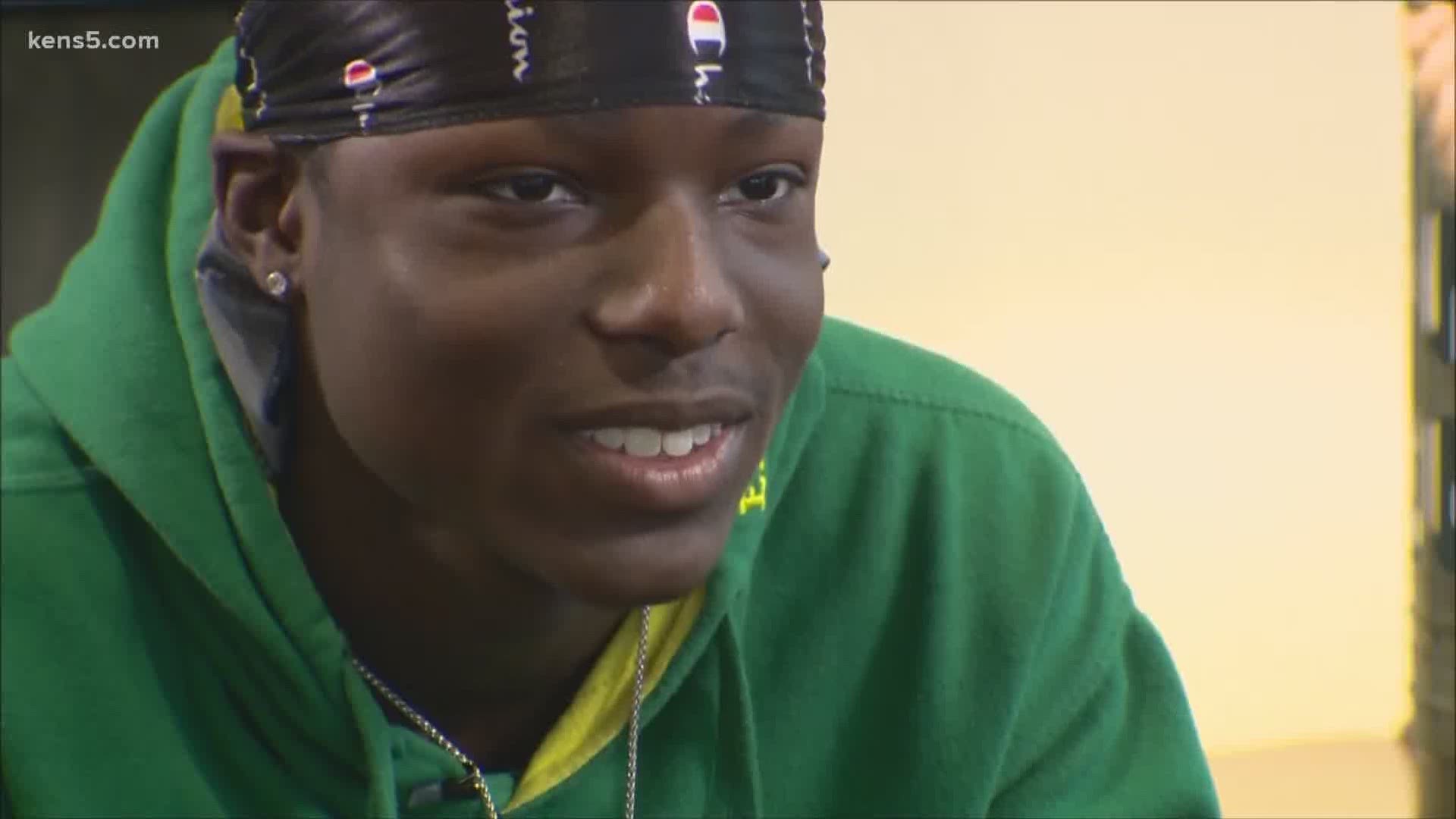 That is why I personally felt connected with Bryce Wisdom.

That attitude is why the entire city of San Antonio fell in love with Bryce Wisdom.

He is, and will forever be, a warrior.

A man with an infectious smile who refused to use his time on Earth for anything other than positivity.

One of the last things he told his mother, Diana, was, ‘We won.’

With death nefariously nearby he said, ‘We won.’

You can see why he is a Wisdom. Sometimes those closest to darkness shine the brightest light.

In 2014, ESPN talent Stuart Scott said something similar at the ESPY Awards before dying of cancer. He said:

“When you die, that does not mean that you lose to cancer. You beat cancer by how you live, why you live and in the manner in which you live.”

Twenty-one years prior to that speech, coach Jim Valvano took the stage at the ESPY Awards sharing another powerful sentiment before his imminent death. He said:

That was my yearbook quote.

I did not understand its depth back then, but its power crystallized as I grew older. Its strength attached to people who embodied its fire down to its last ember.

He fought so damn hard.

While the reality of death is abundantly clear in the battle against cancer, it will never claim champion.

As Bryce leaves this Earth, he emboldens everyone with his story of strength.

He leaves us with his smile. Something we can use when we look up at the sky, even on the cloudiest of days.

Pain and sadness are a part of life, but beauty remains in the crevices of those moments.

The City of San Antonio is, and will forever be, Bryce Strong.

As a community, we are all so thankful for him and his family.