Student athletes could soon earn money off their names, images and likeness in The Golden State. And it could be just the beginning. 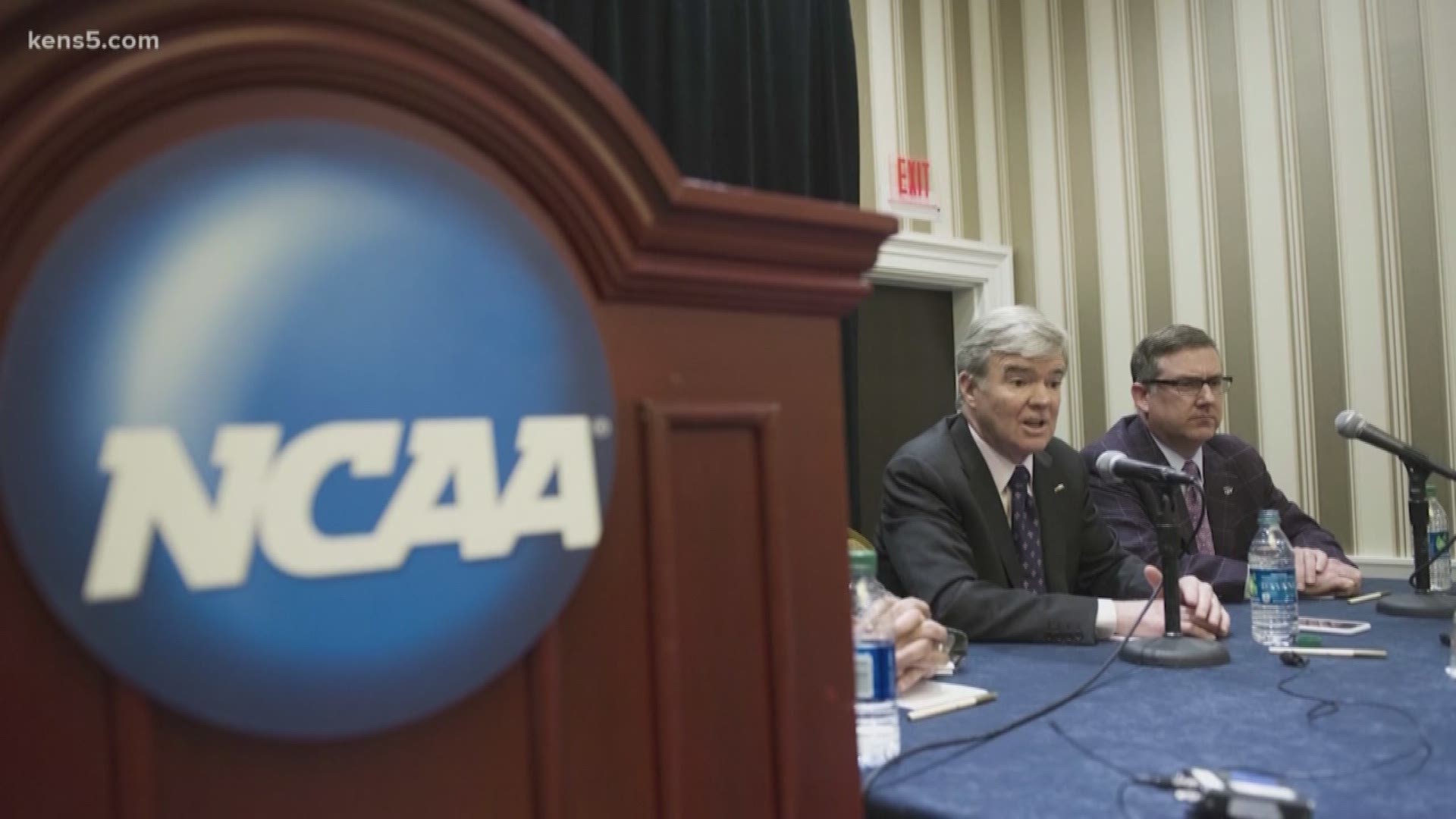 SAN ANTONIO — College athletics as we know it could be changing in a big way, and all eyes are on California.

Earlier this week, by a unanimous 72-0 vote, California State Bill 206, also known as the "Fair Pay to Play Act," passed. At its core, it will allow students attending California-based institutions to profit off their names, images and likeness.

The bill is currently awaiting a signature from the governor and, if signed and passed, it will take effect at the start of 2023.

This is obviously of big concern to the NCAA, which prohibits any such compensation. The NCAA has issued a response to the Fair Pay to Play Act and says, "It would erase the critical distinction between college and professional athletics and because it gives those schools an unfair advantage, would result in them eventually unable to compete in NCAA Competitions."

The NCAA is in quite the bind because the only leverage they have is saying "Well, take your entire state and make your own organization because you won't be able to be a part of ours."

But, with a residential population roughly 10 million more than Texas, it is not going to be so easy. Also what if other states jump on the bandwagon? How many lawsuits will the NCAA have to fight?

Here are just some examples of how California college athletes could profit from this bill:

Men and women would have complete legal protection to do all of this and not lose their scholarship.

Former Florida quarterback, and one of the most popular college football players of all time, Tim Tebow recently made waves with his opinion on the subject and he's not a fan of this at all

"But now we're changing it from us and we and my university - from being an alumni, which makes I care and what makes college football and college sports special - to it's not about us, it's not about we. It's just about me. I know we live in a selfish culture where it's all about us, but we're just adding and piling on to that."

So that's one opinion. The dissenting thought would say what Jay Bilas wrote on Twitter. Bilas is a former college basketball player at Duke, and a lawyer.

No university is allowed to pay athletes for its services during recruiting. That is still very much illegal.

The NCAA will continue to make oodles of money on events like the College Football Playoff and the March madness tournament. The students aren't getting any revenue sharing there.

All they want is their name. And control of it. It's a fair ask.

The NCAA should have a report in October on some ideas they think are appropriate to bridge the gap between amateur and professional athletics --they've been working on this since May -- but it might not matter.

Whether the NCAA likes it or not, change is coming.

What's scary for them? The organization has no control over the matter, just like the antiquated rules athletes have been subjected to for far too long.