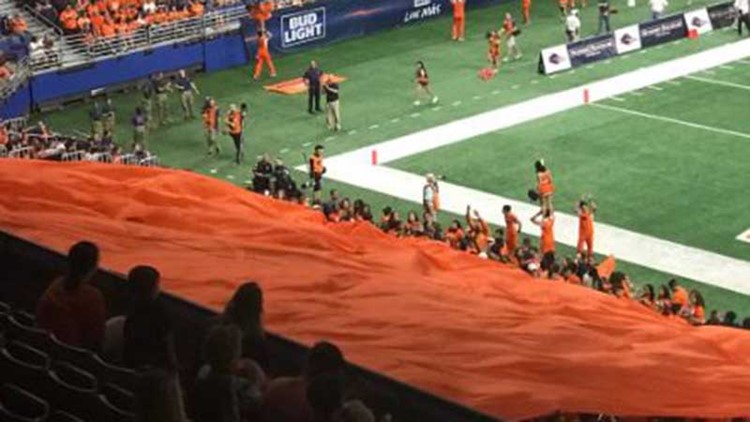 Come and flip it over? UTSA football banner unfurled upside-down

It's a UTSA football tradition to unfurl the "Come and Take It" banner, but the tradition took a wrong turn at Saturday's home opener at the Alamodome.

When fans in the end zone began to pass the banner over their heads to spread it to its full length and width, the message didn't appear, just a blank orange banner.

It became apparent that the banner was -- unfortunately -- upside-down.

The “Come And Take It” flag is inside out 😂 pic.twitter.com/2XByZzubdk

Here's how the banner is supposed to look.

Now we can just wave our phones for the 4th quarter Come And Take It tradition! #UTSA pic.twitter.com/xCPmvhr2Sn— Savage Rowdy (@savagerowdy) September 5, 2018

We know our "Rowdy" fans will get this right next time! UTSA is back at the Alamodome to face Texas State on Sept. 22.