If universities have the means to test a large scale number of people, the return of college football could move quicker. 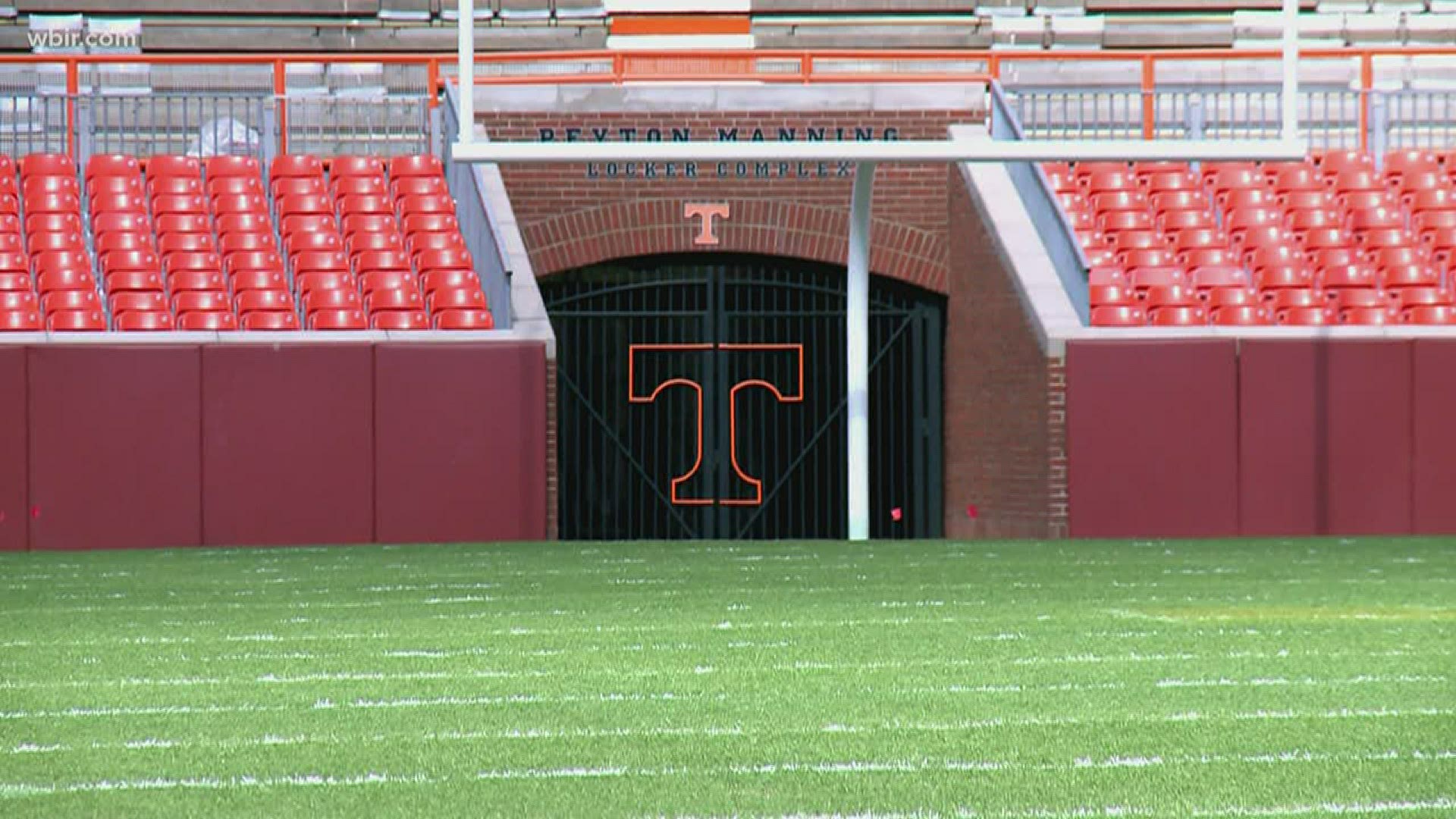 KNOXVILLE, Tenn. — Two big questions sports fans are asking is what must take place for college sports to return, and will fans be allowed in stadiums?

We turned to the NCAA's chief medical officer for answers.

Dr. Brian Hainline has been front and center for all discussions the NCAA is having on the return of college athletics. He was a medical advisor during March Madness, when the NCAA decided to cancel the Final Four due to the lack of COVID testing.

"I can’t imagine a scenario this fall where you have 100,000 people in a stadium,” Hainline said.

Looking ahead to football season, Hainline said surveillance and testing are again the main factors in the return of college sports.

"We can’t imagine having fall sports without a very good system of surveillance, which means contact tracing, in place, and testing," he said.

If universities have the means to test a large scale number of people, the return of college football could move quicker.

"Once you start moving into the season, like you can imagine, before a football game, it might make the most sense to test every player on both teams before that game and any one who tests positive can’t play in that game," he said.

And as for the fans in stadiums, Hainline said he can’t imagine a scenario this fall with 100,000 people in a stadium. Keep in mind Neyland Stadium holds 102,455 fans.

So what will it take to open? Hainline believes the first phase would be clearing athletes and essential staff, then you would build to people who need to be in the stadium for the game to take place, and lastly, fans.

“If we can get that right, and configure it right, then you can imagine bringing the fans in," he said. "I think it’s just like the phases in our core principles of resocialization, that’s the step wise approach you take with regards to football and the possibility of having fans."

Of course, no decisions have been made official, and UT is optimistically planning for football as scheduled. Experts said it could be before July until anything is set.

RELATED: The return of college football - SEC plans to play but still lots of uncertainty