Some things are bigger than the game. 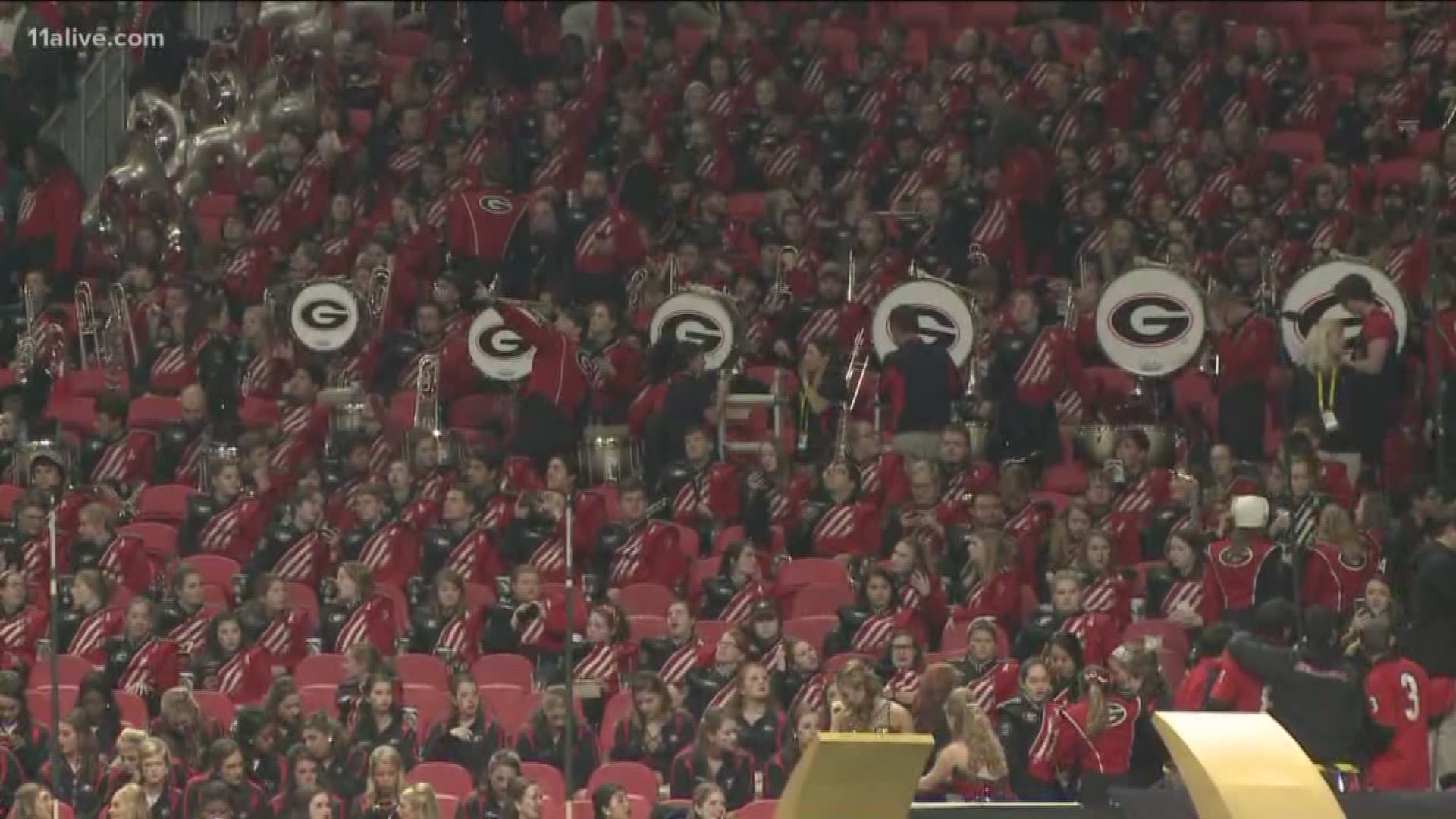 ATLANTA — On Monday, ahead of the College Football National Championship game, the University of Georgia's Redcoat Marching band warmed up Bulldog fans at fan central.

But anyone there may have noticed a subtle addition to the band's uniform: a silver ribbon.

11Alive's Joe Henke was there with the band, who told him they planned to wear the ribbons to honor a color guard member of Alabama's Million Dollar Band who was battling cancer. Band members told Henke she died Monday morning ahead of the game.

11Alive posted the touching gesture to its Facebook page, where it garnered an overwhelming show of sympathy.

The Georgia Bulldogs take on the University of Alabama in the Championship game Monday night inside the Mercedes-Benz Stadium, right here in Atlanta.